Video technology has become more powerful and versatile with the Insta360 ONE RS series. This modular design of the Insta360 ONE RS comes in three configurations: the 4K Edition, Twin Edition, or 1-Inch Edition, each offering a different lens-and-sensor combo. The updated ONE RS Core module powers the intense processing for 360-degree video, internal stabilization, and a wind-reduction algorithm. Whether you’re looking for a 1-inch sensor with Leica glass, a weatherproof 4K wide-angle lens, or 360-degree 5.7K footage, the ONE RS has an edition for you. Then again, its modular design allows you to have all three.

The innovative approach to making a single device that can act as a 360-degree and wide-angle camera frees your inner DP to choose the lens that works best for each shot. If the action is taking place all around you, shoot in 360-degree for infinite reframing. If you are going for a pristine image quality, dedicate your sensor to capture a smaller angle of view with either the new 4K Boost Lens or Leica 1-Inch Wide-Angle Lens modules.

The new 4K Boost lens offers a ½" sensor that captures 6K widescreen video with its 2.35:1 aspect ratio, designed to work seamlessly with Hollywood-style CinemaScope footage. A true adventure-cam lens, its Active HDR does a fantastic job of stabilizing shaky footage and retaining subtlety in the highlights and shadows. When used for still photography, the ½" sensor records 48MP images that can be enlarged and printed to display on your wall. 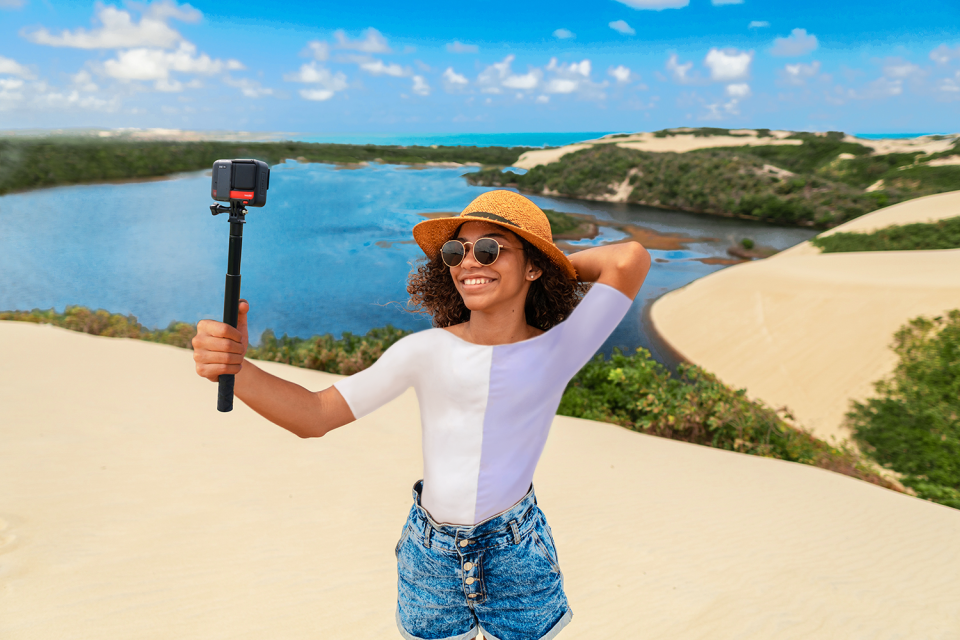 Built for backward compatibility, the updated ONE RS Core is compatible with the existing 5.7K 360-degree lens for catch-all recording. With 360-degree footage, you can retroactively frame your shot, zooming in to various details that a wide-angle camera would have missed. Another fun processing feature deletes your selfie-stick, giving you a third-person perspective of yourself. For the ultimate image quality, use the previously released 1-inch wide-angle lens. Co-designed with Leica, this high-quality glass sits atop a 1" sensor. It captures 5.3K low-light footage in precise detail and accurate color. Compatible lenses are slated to be released in the future, a major advantage of this modular design.

The ONE RS Core has an enhanced processor to power the camera’s complex features such as FlowState Stabilization, which gives you gimbal-like smoothness and a static horizon line. Save time in post-production by having that effect already baked into the wide-angle footage shot in up to 4K at 60 fps. The increased computing power enables mid-clip digital zooms to save time in post-production. A Quick Menu helps ensure you don’t miss a shot while lost in a clunky UI between modes such as TimeShift, HDR, or Standard presets.

The ONE RS Core has three mics, letting you capture detailed audio. The Wind Noise Reduction algorithm cleans up the roar of rushing through the air, isolating your vocals, the sound of carving fresh powder, or twigs cracking under your mountain bike tires. Finally, the updated mounting bracket includes a windproof cover to block unwanted noise. 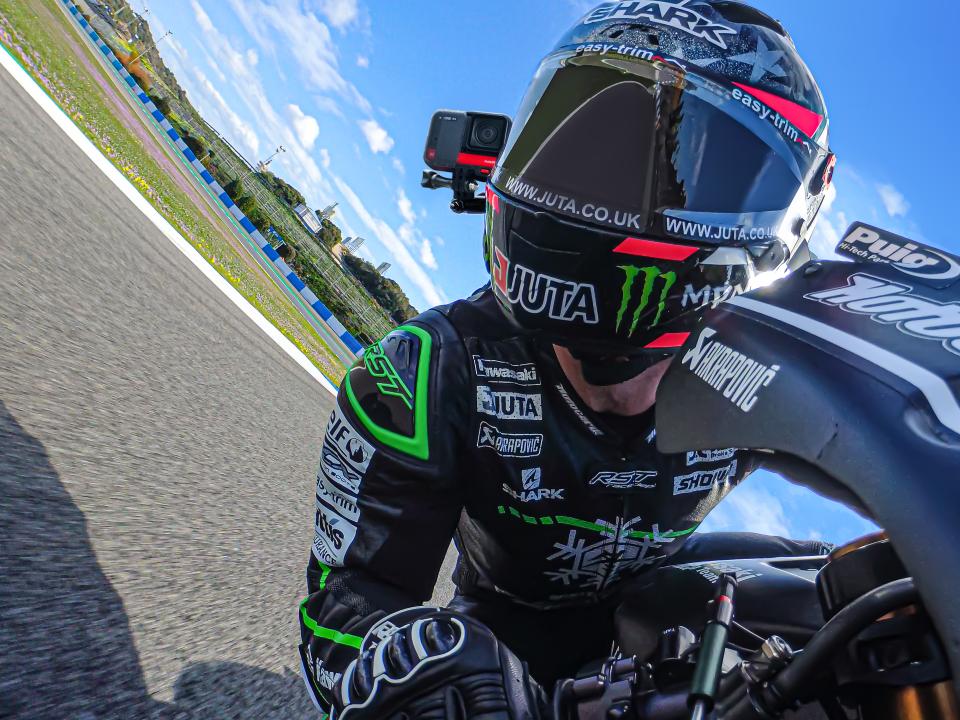 The ONE RS is made for adventure, even when that takes you on a dive up to 16 feet below the surface of the water. The various lens and battery mods are built to withstand the jostles of landing jumps on a motocross race track, making sure your camera doesn’t fall apart at the most exciting moments. The updated mounting bracket is optimized for heat dissipation, keeping your camera at a safe operating temperature when pushed to its limits. Its quick-release latch enables convenient access for lens and battery swaps. It has been enlarged to make room for the updated 1445mAh battery, which features 21% more capacity than the previous edition. This ONE RS battery is compatible with the previously released ONE R Core, breathing new life into your existing equipment. 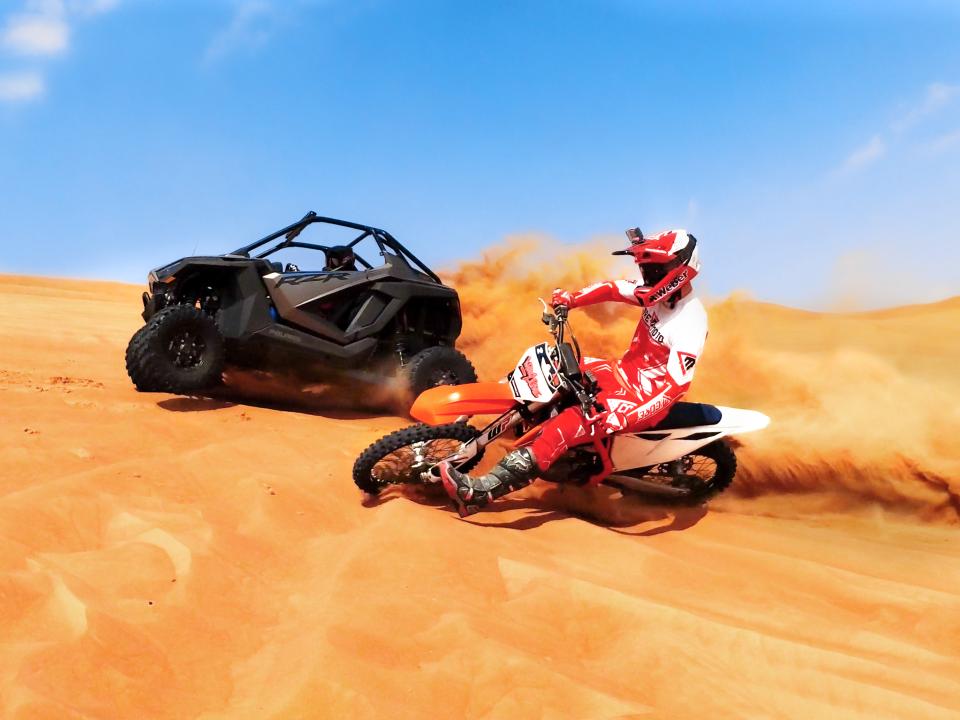 The new ONE RS processor boosts Wi-Fi transfer speed by 50%, getting your footage and photos to your smartphone as quickly as possible, or use the Quick Reader device to plug into your camera to load the footage onto the SD card, then into your phone to download. This option is key when you’re out in the field with limited battery.

Play around in post-production with AI-fueled features, such as Cinelapse, which creates a warp-speed effect between moments of interest in your clip. Center Stage keeps you right in the middle of the screen even when the camera is flung all around you. Toss your camera in the air to utilize Freeze Throw, which pauses your video at the apex, doing a 360-degree aerial pan of your surroundings, before falling back into your hand. Create duplicates of a person in your shot by using Clone Loop. Replace your cloudy day with a time lapse of the Milky Way. Sharing your images is made easy by the Snap Wizard app, a foolproof way to reframe and export for social media. 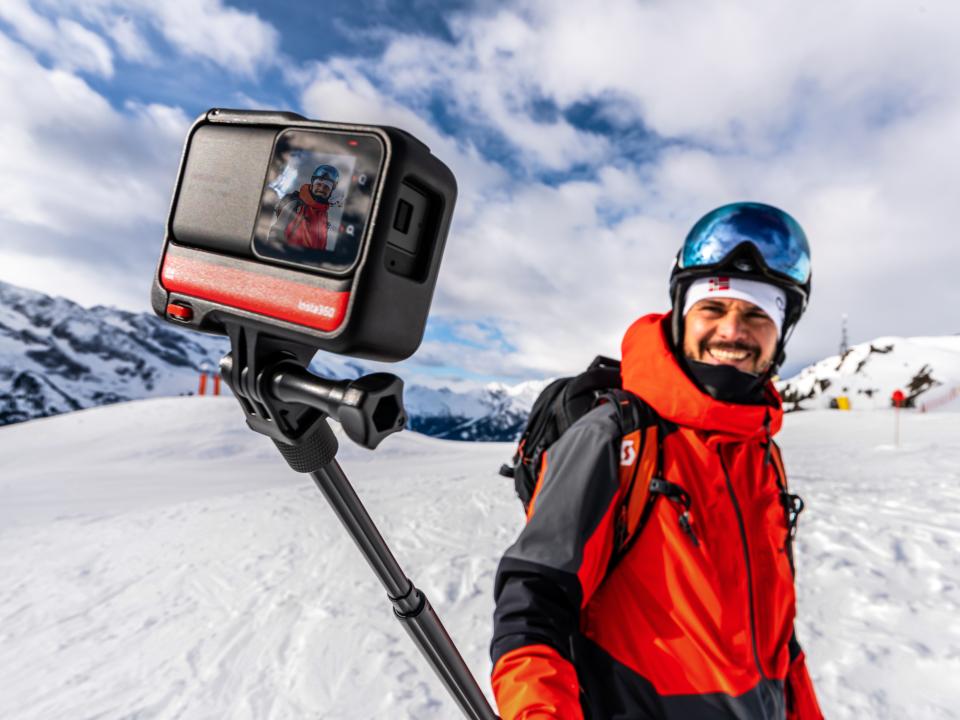 The flexibility to switch lenses gives you a level of control previously out of reach for action cameras. As a shooter, spend more time focusing on hitting jumps and sticking landings, knowing that the camera will catch the action. Once in the edit bay, you’ll notice the incredible effects of the boosted ONE RS Core’s processor, whether it’s the image stabilization or the high resolution and frame rates. Last thing: Be prepared for a ton of likes and follows when minds are blown by your incredible shots. 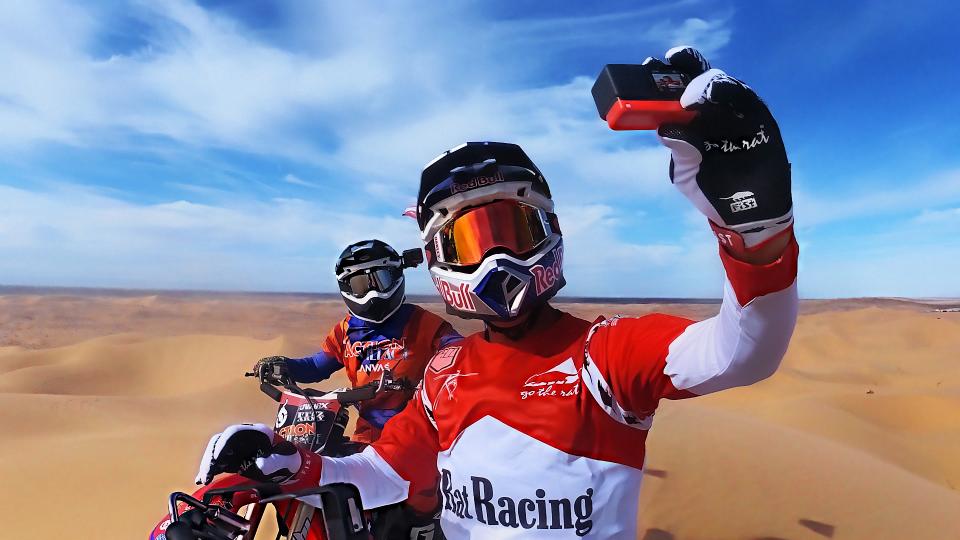 Are you new to the world of 360-degree video? Upgrading your adventure kit? Tell us why you’re thinking about the Insta360 ONE RS series in the Comments section, below.

As the owner of action cameras for years (Contour, Adixxion, GoPro, Sony), I love seeing new cameras come to market.  How about making a Twin Edition with two cameras aimed forward for stereo photos and videos?  With new lenticular display tech coming from Sony and others, 3D is coming back in a sustainable way this time (no glasses required), and shooting/viewing in 3D will be the norm in the not-too-distant future. 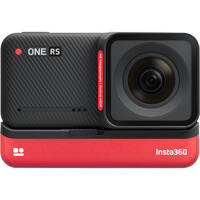 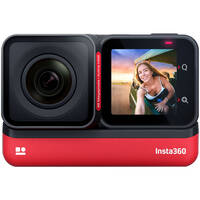 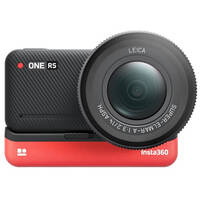