All PRO-BLADE MAG SSDs are preformatted APFS for macOS 10.13 and later, but can be used with Windows 10 and later after a simple reformat. To protect your data better, these SSDs can withstand drops from up to 9.8' on a carpeted concrete floor and have a crush resistance of up to 4,000 pounds.

The PRO-BLADE TRANSPORT takes a 1, 2, or 4TB PRO-BLADE MAG and houses it in a portable enclosure that connects to your host system using its 20 Gb/s USB 3.2 Gen 2 Type-C port. The USB Type-C interface can also be used to make a direct connection to a compatible camera rig and record footage, which is useful for capturing longer takes and quickly offloading footage. Read speeds max out at 2,000 MB/s and the same drop, crush, and formatting specs apply. Or you can purchase the PRO-BLADE TRANSPORT as a stand-alone enclosure without any storage. Included with each enclosure, whether populated or not, is a 20 Gb/s USB Type-C cable.

With the continued rise of devices that are USB Type-C, I imagine that these products will let creative content professionals excel in tasks such as photography, video editing, and more. Otherwise, they can take advantage of the fast transfer speeds to move footage between locations, or between a location and a post-production facility. However you look at it, the PRO-BLADE lineup delivers flexible options while maintaining performance and reliability.

What's your opinion regarding the the PRO-BLADE lineup? Feel free to leave your thoughts or questions in the Comments section, below.

How can the individual MAG blades be visibly labeled? I don’t want to mount/unmount a MAG just to find out what’s on it.

There should be no issues with labeling each Pro-Blade SSD Mag simply by using a label that's small enough to fit the end that faces out from the Pro-Blade Station.

Will this system function as a RAID?

Watch the video.  This question is answered around the 3min mark.

WD_BLACK SN850: Speed Is the Name of the Game!
0 Views
05/08/2022
SaveLikeFacebookTwitterLinkLink 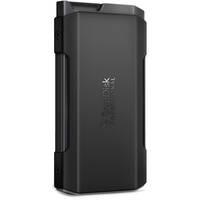 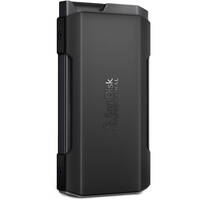 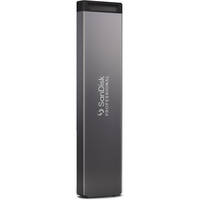 WD_BLACK SN850: Speed Is the Name of the Game!
0 Views
05/08/2022
SaveLikeFacebookTwitterLinkLink