Recording “live-to-tape”… what may seem like an oxymoron is really a common practice that can save you time and money on your multicamera video production. Read on to discover why recording your switched output reduces time spent in the editing suite, reduces your media costs, and allows for audience input into the final version.

1. Get a Jump on Editing

Using an AV switcher creates a rough cut of your project as you go, giving the director a leg up on the content as it unfolds. When they then go to edit the final product, they have the advantage of having previously viewed the event live. This way they already have a good idea of the pace of the event, any surprises that may have arisen, which camera had the best view of a pivotal moment, and what shots to cut away to (during an extended drum solo, etc.). Having a live “program” cut reduces the amount of footage that the editor has to shuttle through in post-production, saving on the cost of an editing suite rental, the editor’s salary, or your own valuable time if you’re finishing the project yourself.

When you find yourself the chief cook and bottle washer on a project (camera operator/director/producer), try using a touchscreen, on-camera switcher like the YoloLiv YoloBox Pro to switch between your camera and up to seven other sources while recording your livestream to an SD card. The equally compact SlingStudio Hub with CameraLink Kit uses your own tablet as an interface for touchscreen switching between a total of up to 10 sources while recording up to four streams. On better-staffed shows, the switcher (technical director) can work live with the director to get a rough cut as the event unfolds.

By choosing to record only your “program” feed instead of each camera (ISO recording), you’ll save on the cost of media as well as post-production fees for downloading your content. If you’re capturing a weekly event where the live feed is the most important content, recording just the switched output can really save on media compared to recording on each of your cameras. If your cameras record to SD cards, the cost of media may not seem like much, but the cost of CFast 2.0, CFexpress, P2, SxS, XQD, and similar cards can add up very quickly for multicamera events.

Depending on the switcher, recording the program feed may be your only option. Use a switcher with “ISO” (isolated) recording to capture each of your camera or other media inputs plus the switched program channel.

3. Get Live Input as You Stream

If you’re livestreaming your event, you can even incorporate social media feedback from your live audience as you switch between sources and into your editing decisions for your final cut. Maybe they wanted to see more of the lead singer during a song or perhaps they thought that you lingered too long on some audience cutaways—whatever the case, you can use subscriber comments to shape your final version.

Many pro-level switchers like the one in this NewTek TriCaster Bundle incorporate a hardware encoder, negating the need for separate streaming software. Choose one that offers simultaneous streaming and recording, but check whether you need to loop in your desktop or laptop computer to stream. Some units like the popular Blackmagic Design ATEM Mini Pro HDMI offer the ability to add graphics and lower-third keys if you have the skills to switch at that level. Switchers like the AVMATRIX PVS0615U Portable 6-Channel Switcher and the Datavideo HS-1300 have a keyboard interface and a display built into a single unit that is handy for location shoots. Some streaming switchers offer card slots and/or output ports for direct recording, but others require that you record via an output on your linked monitor, so check the specs and Q&A for the model you’re considering.

A final thought on coverage: Recording to digital media can be great; you’re working with a reusable, almost instantly transferrable, and much smaller form than motion picture film. But one advantage lost when most productions made the switch from shooting on film is that the total amount of footage that can be captured is no longer limited. Having a finite amount of film on hand forced directors to plan their coverage ahead of time, saving hours of effort spent in the editing suite. When shooting a live event in a digital medium, it’s easy to end up with way more content than you need, so using a switcher to record live-to-tape can be a smart way to limit your content while capturing the entire event.

Let us know below how you’ve used a switcher to record your events “live-to-tape.”

Thank you for this info.

You are quite welcome. Explora is here to help. 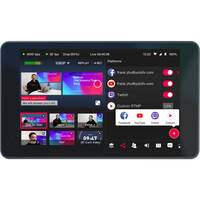 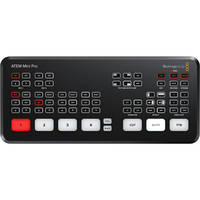 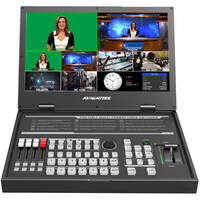 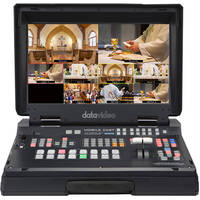 Tips and Solutions
It's Time to Admit It:…
by Jennifer Hahn
1 year ago
SaveLikeFacebookTwitterLinkLink

Tips and Solutions
How to Make Smooth Time Lapses
by Shawn C. Steiner
1 year ago
SaveLikeFacebookTwitterLinkLink