RED never sleeps—at least it seems that way since the company is always innovating, though some would say disrupting, the digital cinema play space. The V-RAPTOR and new V-RAPTOR XL follow suit, but here is what you can expect. The V-RAPTOR lineup consists of an already released Full-Frame sensor camera, the V-RAPTOR VV that captures 8K in VistaVision format and 6K in Super35, and the new V-RAPTOR Super35 8K sensor camera. These will be modular bodies with an RF mount to which a variety of components can be attached, so you can build the camera to suit the different situations and filmmaking styles that the indie filmmaker encounters. The V-RAPTOR XL will also be available with a Full-Frame 8K Vista Vision sensor that is 6K when you crop to Super 35, as is the case with the V-RAPTOR VV, or as an 8K Super35 sensor camera, the V-RAPTOR XL S35. 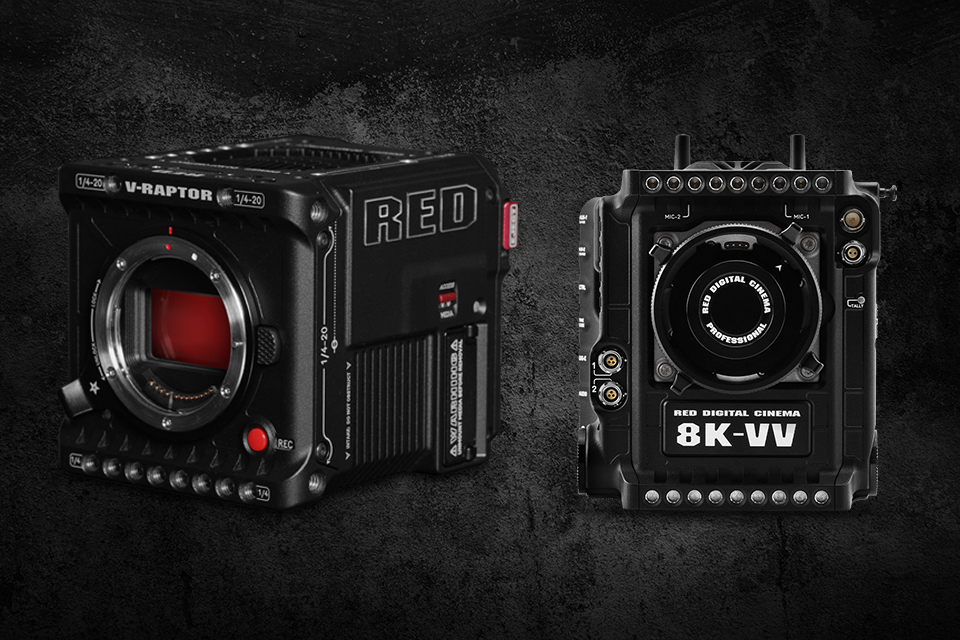 The V-RAPTOR XL 8K VV is also available with a RED Production Pack that includes batteries, media, a 7" monitor, and additional hardware, so simply add a lens and tripod to start shooting. The V-RAPTOR XL cameras will have an interchangeable mount system—rest assured you can use your PL or LPL mount glass natively on the camera. The XL versions feature integrated power inputs and input/output connectors, so the V-Raptor XL is an all-in-one (not modular) system well suited for studio configurations and high-end productions.

Altogether, the two different body styles and sensor choices provide you with enough options to shoot the way you want, either by building a modular system that adapts to the needs of your different shoots, or by having a fully realized studio system with integrated I/O ports and an interchangeable lens mount.

Are you excited by these new cameras? Please share your thoughts in the Comments section, below!