With the new ARTEMIS 2 and TRINITY 2 stabilized shooting platforms, ARRI has improved almost everything about them without changing the way you work. ARRI has re-evaluated every component in each system and has made the system lighter, faster, and easier to work with, allowing you to create shots that previously would not have been possible due to time and size constraints. Modularity is the key to the improvements, and it is not just a buzzword here; rather, ARRI has made the system easier to assemble and use. It’s also easier to go from stabilizer to tripod and back again, incorporating the SAM (stabilizer adapter mount) plates to simplify your equipment package, while adding easy adjustments for working with different cameras in different configurations without having to carry specialized pieces of gear for each camera or setup. Neither stabilizer requires tools to build or to make adjustments, consuming less time in the field to fine-tune the rig to match each shot’s unique needs.

The redesign of both systems now means that the ARTEMIS 2 and the TRINITY 2 share 80% of all the new components, making upgrading or switching between the two systems much simpler, and helps maintain your feel as an operator when you switch between the two systems. In addition to the use of SAM plates, the new stabilizers feature two new pole lengths: the first a shorter, lighter but just as rigid support. The reduction in weight (combined with the weight savings of the other new components) reduces the inertia the operator has to contend with, so you can make faster camera moves that are cleaner and more well defined. The second pole is longer than the standard pole, and is extendable, so you can get shots that just were not possible before.

The new ARTEMIS V2 is a mechanical stabilizer, updating a system proven with 20 years of in-field service. It features a new sled with 19mm rods for increased rigidity, and the 12G-SDI video ports on the Top Stage and other enhancements help future-proof your ARTEMIS 2, making it a viable and useful filmmaking tool for years to come. The new top stage supports the ARRI SAM plates and it features robust tool-less balance adjustments. The battery hanger provides three inputs for power, and the info display flips over when it’s in low mode, so it is always easy to read. The monitor bracket accommodates wider monitors, and features sliding rods that make it easier to position the monitor for viewing, balance, or to create a compact rig for shooting in tight spaces.

The New TRINITY 2 adds an electronic gimbal to the ARTEMIS 2, which can be controlled wirelessly, allowing you to create amazing 360° moving shots rolling the camera through its yaw, pan, and tilt axes, while the move remains smooth and flowing. Adjustments can be made electronically in mid-shot if desired, and it now uses LBUS connectivity, making it compatible with more accessories. You can move seamlessly from high and low mode, without having to rebalance or adjust the rig. The new Pendulum accessory allows you to add counterweights to your TRINITY rig quickly, and it features a simple clamp mechanism that is also backward compatible with the 1st-gen TRINITY system. The new sled, which is shared with the ARTEMIS 2, has 19mm rods available in carbon fiber, aluminum, or steel, for even more counterweight options.

A new battery system that has interchangeable plates can accept ARRI’s new B-mount battery system, as well as legacy Gold and V-mount batteries. The new battery system can accept 12V and 24V batteries, and the three power input ports allow you to mix and match batteries with different voltages, while the battery system manages the power output. A nice touch is that the input connectors swivel, keeping your cables neat and reducing the chance of snagging or shifting the balance, owing to a loose cable run. Just a note on the thoroughness of the design, which ARRI has covered down to the tiniest of details: the display on the battery hanger turns off automatically when used on a TRINITY 2 system, because in that configuration, the display faces forward and if it were on, it might reflect off something in the shot. 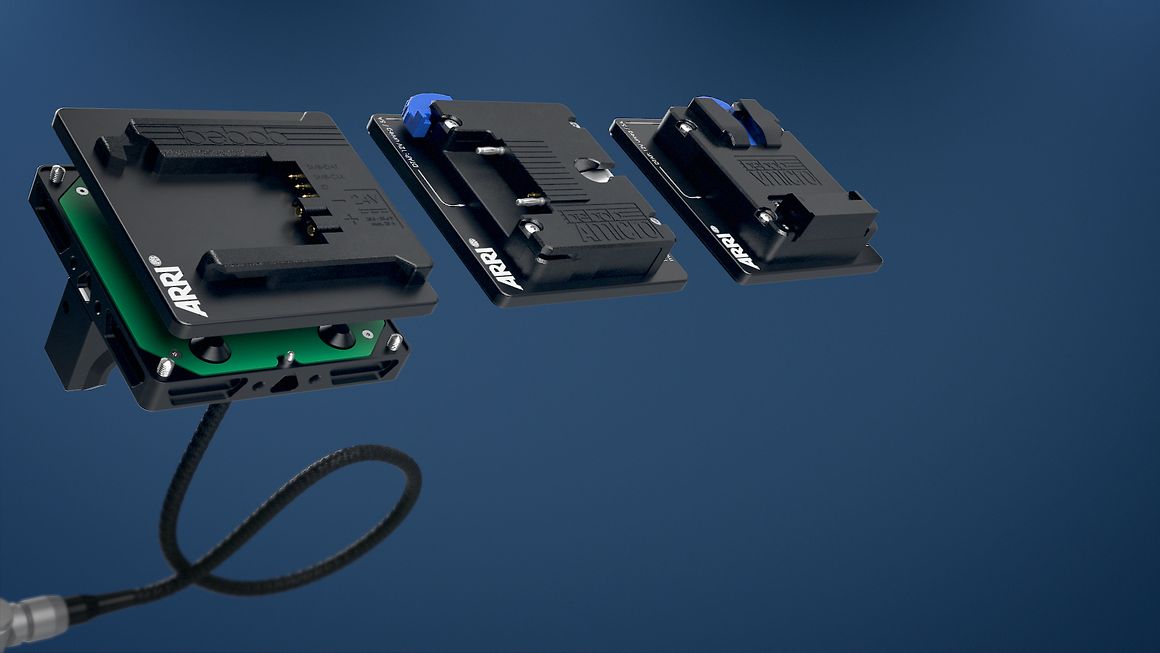 We are excited about the improvements and incredible new shots both the ARTEMIS 2 and TRINITY 2 will enable for filmmakers. 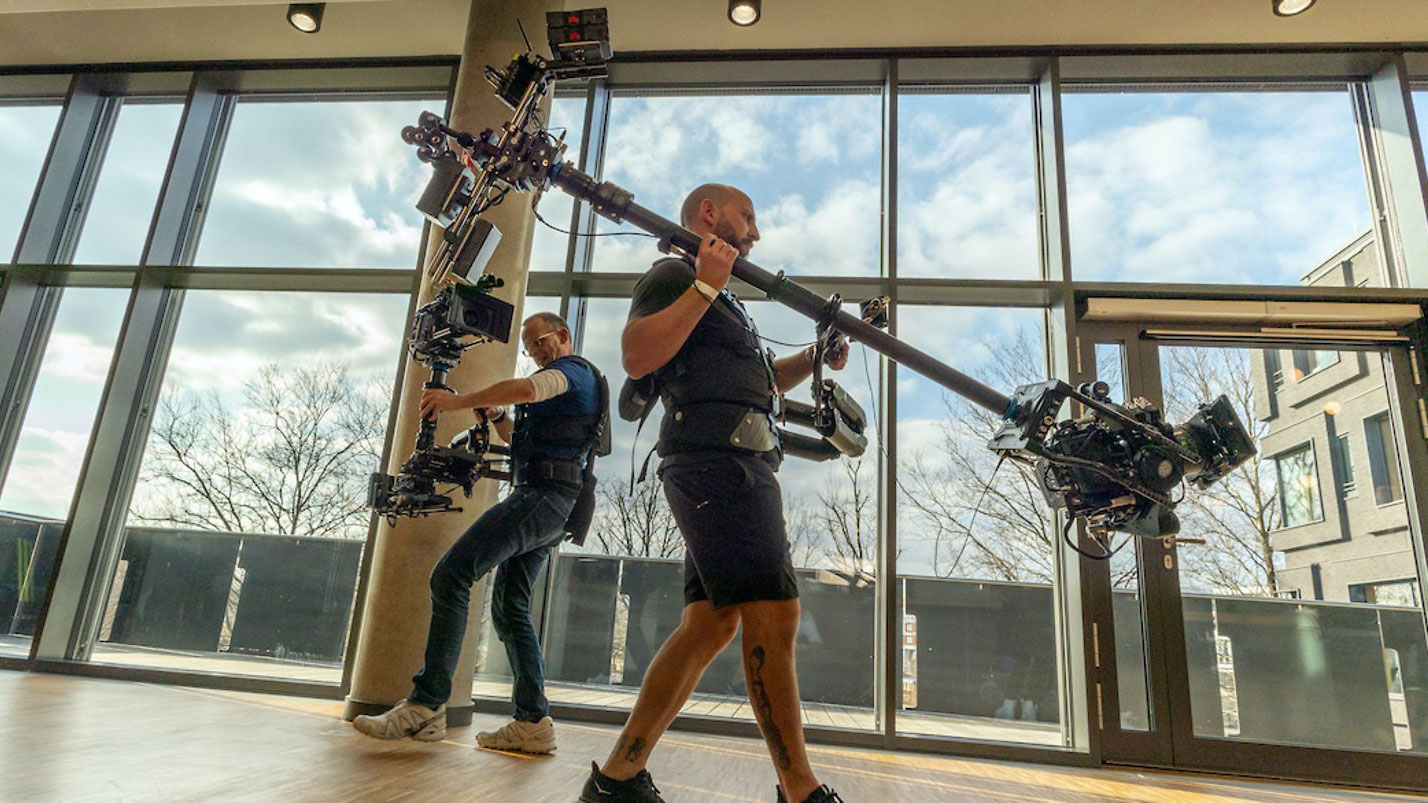 Have you worked with the ARTEMIS/ARTEMIS 2, or TRINITY/TRINITY 2? Have they helped you get shots that handheld, dolly, or jibs/cranes won’t get? Please share in the Comments section, below. 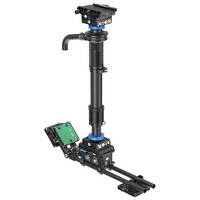 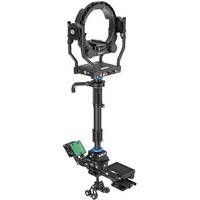