Experienced video shooters know that reliable batteries are key to a smooth production and that your choice of a battery charger is part of the process. B&H is pleased to announce several new battery products from Core SWX that will keep your power needs covered, including MACH4 quad chargers in Gold and V-Mount versions, the compact yet powerful NANO-F L-Series type battery, and a Hypercore NEO 9 2-Battery Kit with Mini Charger.

Having a large number of camera batteries on hand can be reassuring; however, not only are they still relatively heavy to tote around, but they can also take up a fair amount of space on location or on your camera cart. Sometimes they're just not available due to budget or inventory issues. This is when a quad charger like the MACH4 proves its worth by quickly recharging the batteries in your kit. Offering simultaneous charging for up to four batteries, the MACH4's independent bays focus individually on each attached battery, for maximum efficiency. A fastest-on-the-market 4A output enables the MACH4 to charge four 98Wh batteries in just about 90 minutes, letting you rely on a steady supply of freshly charged batteries. Made in the USA with durable aluminum, these horizontal chargers feature a low-profile form, a recessed handle, red and green status LEDs, and a worldwide compatible input range of 90-240V.

Sony L-Series type batteries are among the most popular for powering a variety of cameras, monitors, onboard lights, and other video components. In keeping with the ongoing trend for more compact components, the new Core SWX NANO-F L-Series battery is ½" slimmer than most 45Wh batteries, saving precious space in your camera bag. Battery features include a 4-LED status display and compatibility with most L-Series chargers. Slim as it is, the NANO-F still can support up to a 7A load and is available singly or in a pack of two.

Core SWX also recently released a Hypercore NEO 9 Mini V-Mount Kit that includes two compact NEO 9 14.8V, 98Wh lithium-ion batteries and one GPM-X2S Mini dual travel battery charger. These petite powerhouses provide up to a 12A continuous draw and maximum 16A draw that is ideal for power-hungry video cameras and accessories. The GPM-X2S Mini Dual charger can charge two batteries simultaneously at 1.5A or a single 98Wh battery in less than 2.5 hours at 3A.

Are you ready to invest in reliable battery options? Share your experience with Core SWX batteries and components in the Comments section, below. 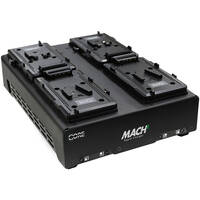 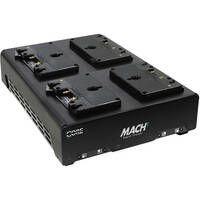 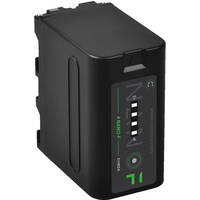 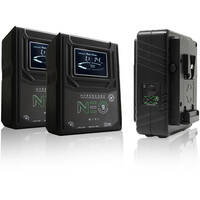 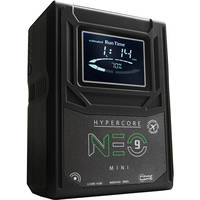