Built to capture 4K video, continuous loops, time lapses, rapid photo bursts, and Protune video in devices such as dash cameras and GoPros, Delkin Devices DASHCARD UHS-I microSD Memory Card features read speeds of up to 95 MB/s and write speeds of up to 85 MB/s, meaning it can smoothly capture and offload smooth 4K, Full HD, HDR, and HFR video. Furthermore, thanks to its V30 / U3 speed class ratings, minimum write speeds are guaranteed not to drop below 30 MB/s. All of this helps to ensure that the DASHCARD series writes data swiftly and safely, while also minimizing corruption and dropped frames.

While this card's performance is noteworthy, Delkin wasn't content to stop there, and completed the build with industrial strength, which helps to keep your data safe and facilitates card usage in almost any environment. The DASHCARD series can withstand more than 70,000 hours of use, as well as shock, magnets, X-rays, static, UV rays, and temperature extremes. Thanks to an included microSD to SD adapter, DASHCARD microSD media may also be used in full-sized SD devices and card readers.

The Delkin Devices DASHCARD lineup certainly checks a lot of boxes. If I have a dashcam, GoPro, DSLR, or mirrorless camera, an Android phone, or a gaming device, I wouldn't hesitate to take advantage of the DASHCARD's performance, capacity, or reliability.

What do you think about this new offering from Delkin? Or do you already have something that fills this need? Feel free to leave your comments, below. 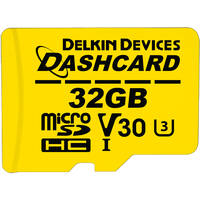 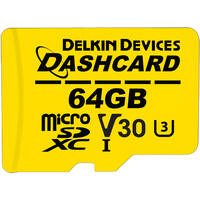 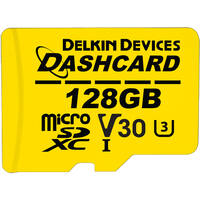