Netflix Approved: What It Means and Why It Matters for Cinema Cameras

Netflix is the streaming service. Many others have challenged it and many are doing well. Still, no one compares to the size of Netflix, or comes close in terms of outputting original content. As such, the camera technology decisions they make matter if you want to get a strong deal with the streaming giant for the new film or television series you’re shooting.

“Netflix approved” means that cameras have the minimum specs required to ensure the expected quality of a Netflix Original. While it shouldn’t be your only guide when purchasing a camera, seeing Netflix’s approval as a feature on a certain model might be something to consider, especially since many cinema cameras are a serious investment.

Fortunately, Netflix publishes the key specs it mandates for a camera to gain its approval. However, Netflix also states that just because a camera meets the minimum requirements doesn’t mean it will be approved. Netflix takes a more holistic look at each camera, examining aspects such as dynamic range, form factor, workflow, and more.

In any case, here are the minimum requirements for approval.

Netflix also makes some optional, operational requests for using the cameras. These include:

Again, these are just the baseline specs and I could easily find a dozen cameras that appear to meet them that don’t make the cut. Netflix also doesn’t seem to consider features unlocked through optional third-party accessories, such as raw via an external recorder. That is a solid list of requirements if you are shopping for your next cinema camera. Adhering to Netflix’s conditions ensures your camera is up to spec for contemporary productions.

Why Being Netflix Approved Matters

Among the more obvious reasons is that Netflix serves as a third-party verification for a camera’s quality. If Netflix says it’s a good camera, it must be a good camera. This is supported by Netflix’s reputation for demanding high-quality original footage to create its own original content. And despite what you may think about any story, the movies and shows Netflix has created look good.

A second part of the equation is that many of these cameras are an investment for owners or operators. The last thing you want is to be close to snagging a job and then realize the equipment you use and are comfortable with isn’t going to cut it for a potential Netflix gig. If you are working with an independent production, Netflix approval helps futureproof the work so that if you are hoping for an acquisition, you are at least fulfilling the expectations of the distributor.

Finally, if you aren’t a super techie producer or cinematographer, having a basic list of solid cameras to choose from simplifies a part of the process. Instead of spending time researching all the different features of video cameras and codecs and sensors and aspect ratios, you can head over to Netflix and just select what makes sense for your production.

Should You Buy Only Netflix-Approved Cameras?

No. Netflix-approved is a good start, especially if you are a professional. However, there are tons of amazing cameras capable of producing images that are as good, if not better, than many on the list.

Netflix’s approval process assumes there will be some form of production happening and, therefore, demands certain capabilities that not everyone needs, like very specific metadata requirements. If you are working mostly for yourself or on small YouTube projects, you don’t need all those extras.

Another simple reason not to worry about Netflix approval is if you are looking for a B camera. Sometimes, this may need to be a crash cam or another sort of weird form factor. It can be hard to find something that hits the Netflix requirements and the needs of the shoot. GoPros aren’t approved, for example, but many films still use them for an odd take or two. Netflix even allows limited use of unapproved cameras in these circumstances.

You could also decide you want to shoot film. Then all this just goes out the window.

If you are looking for a new camera and have some questions, please feel free to contact our sales team or write in the Comments section, below. If you want to check out all the Netflix-approved cameras available at B&H today, just scroll down. 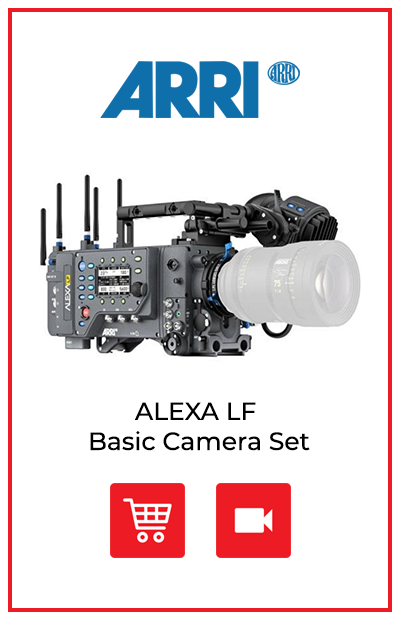 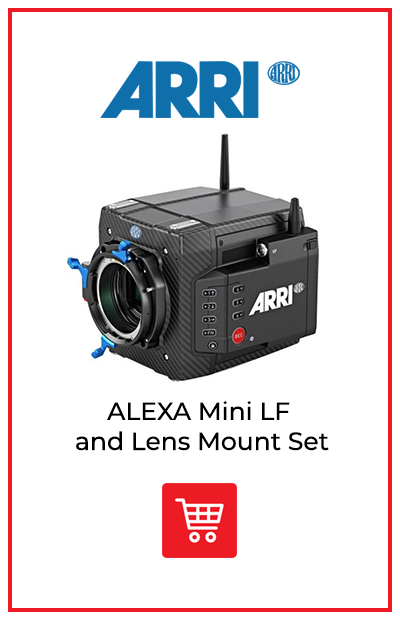 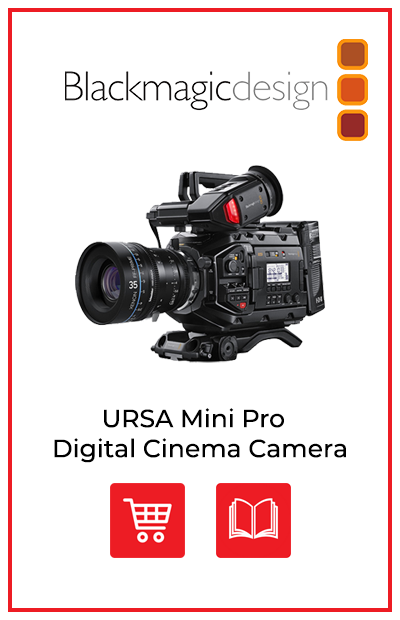 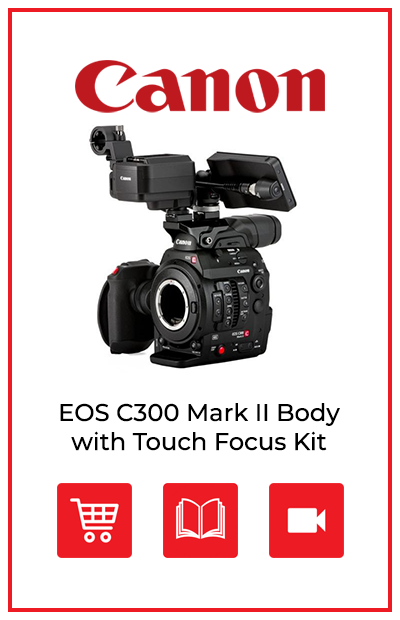 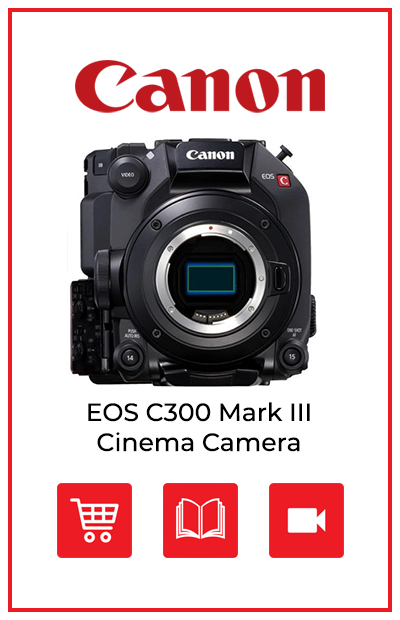 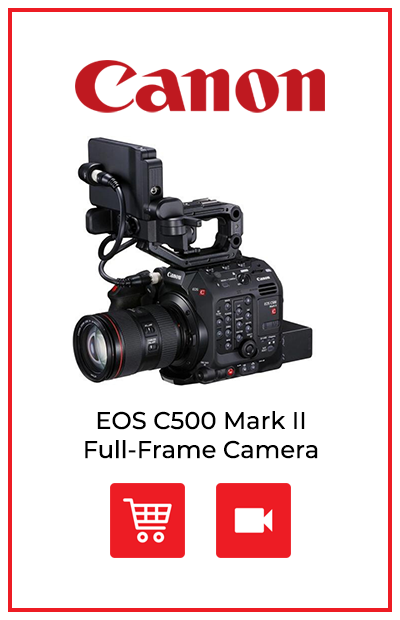 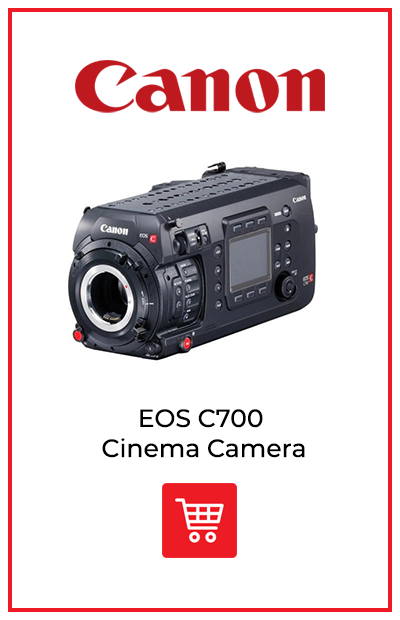 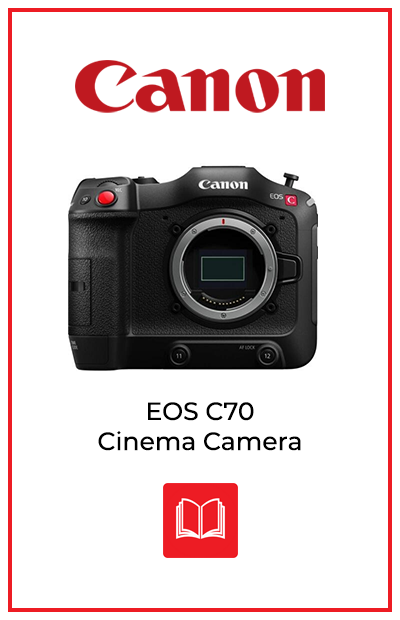 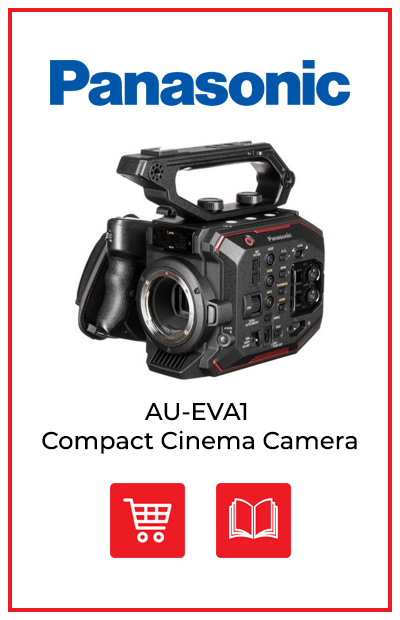 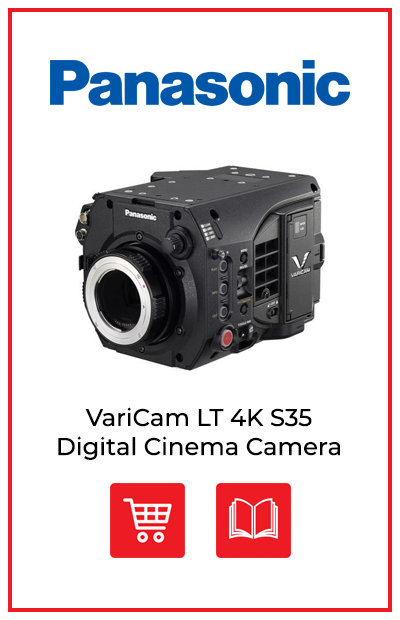 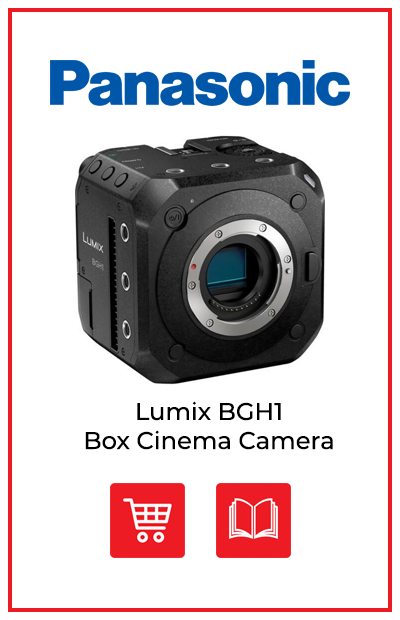 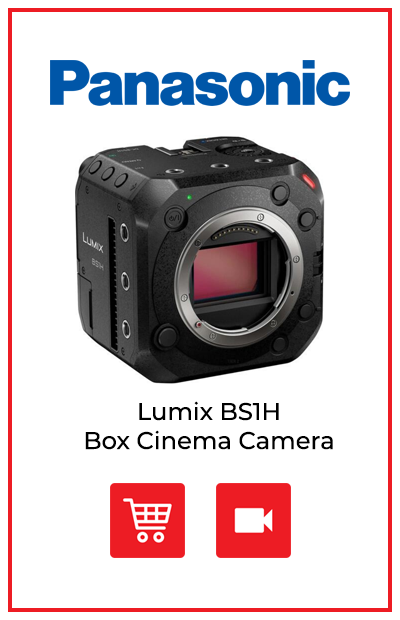 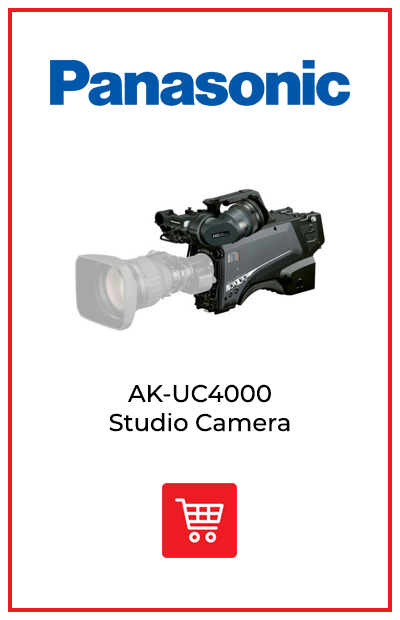 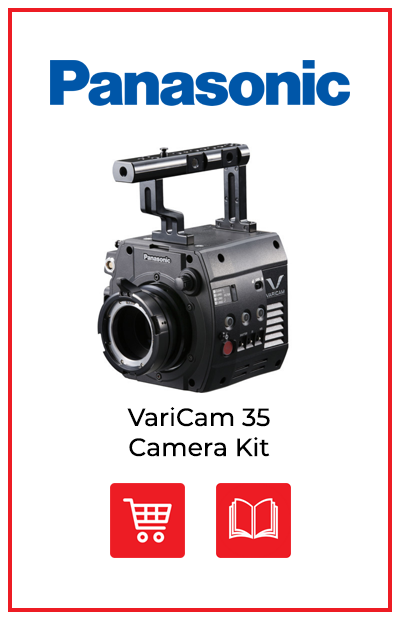 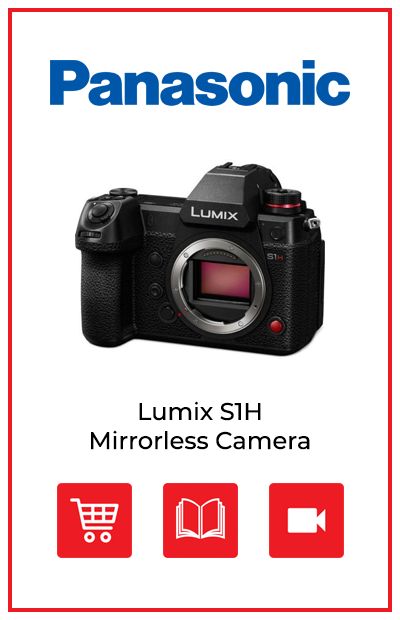 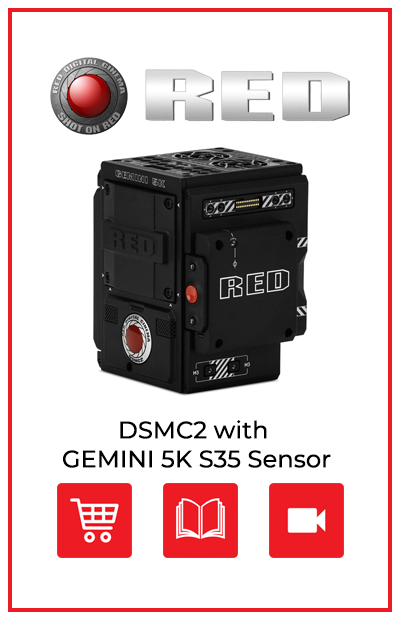 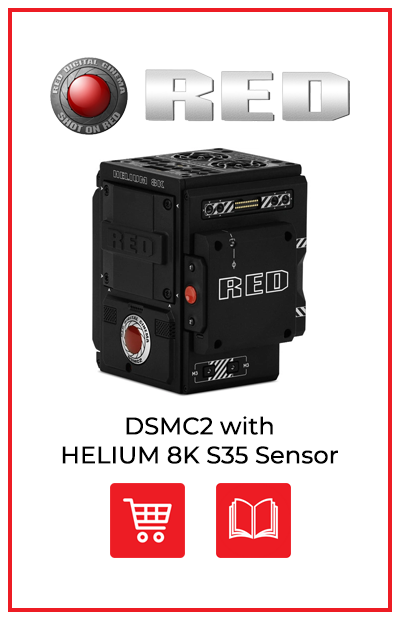 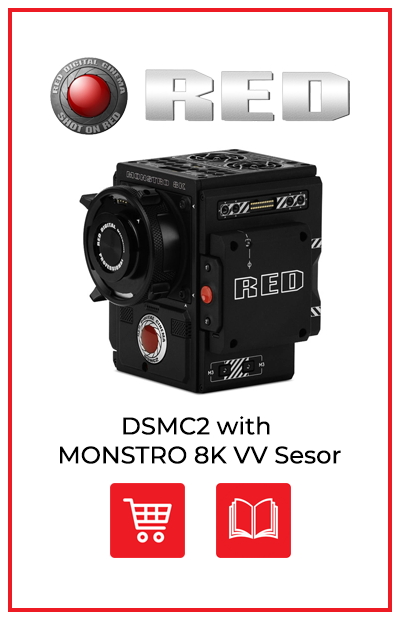 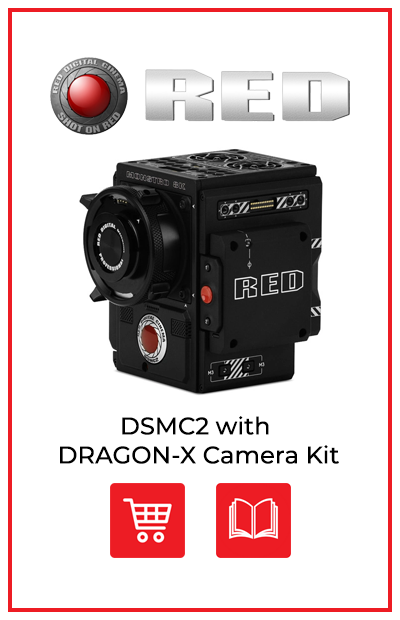 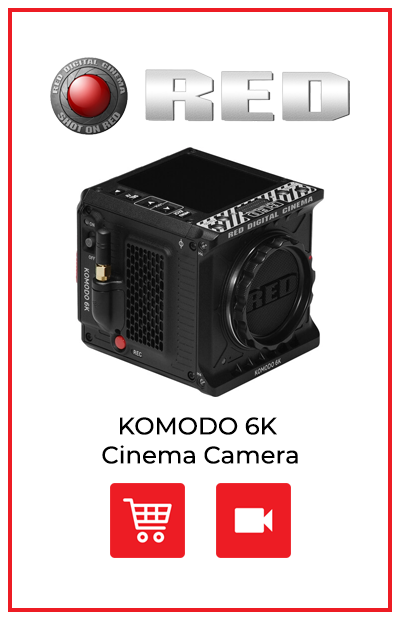 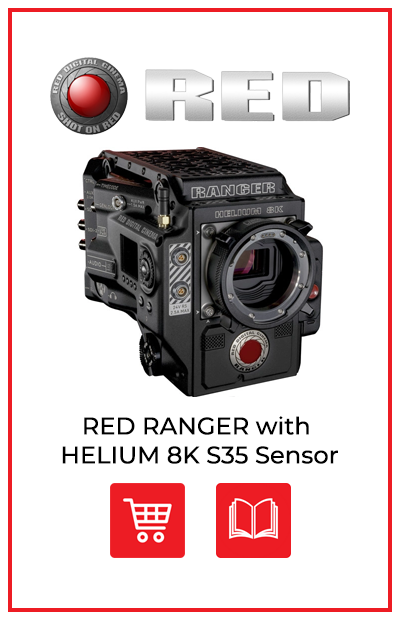 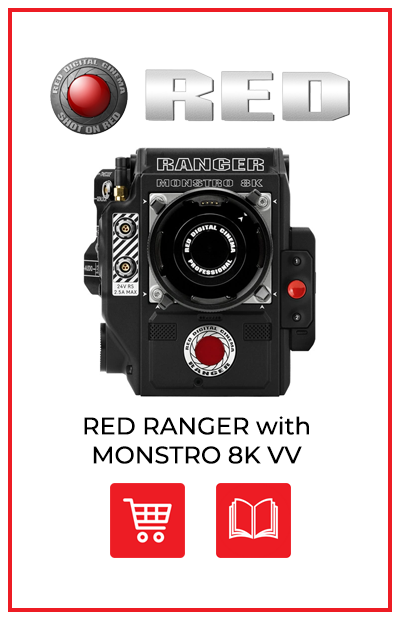 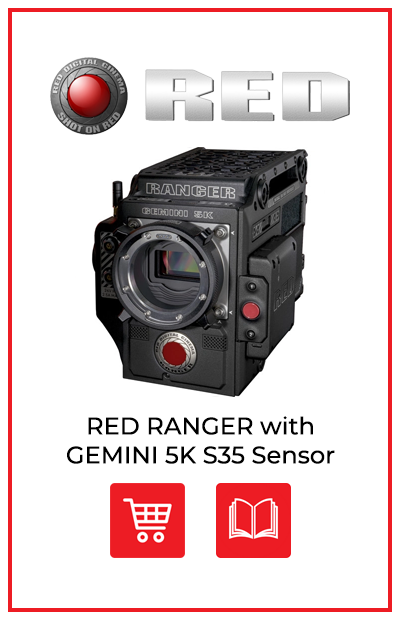 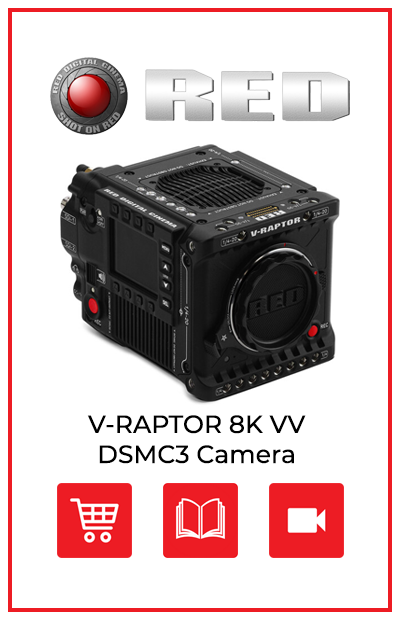 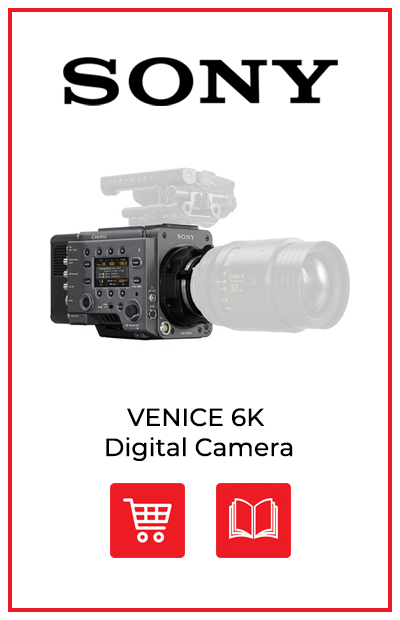 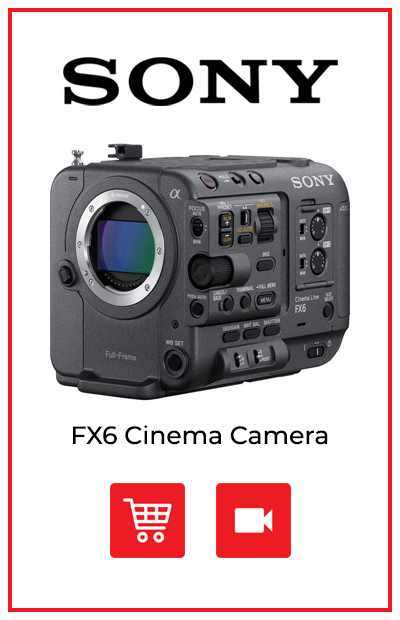 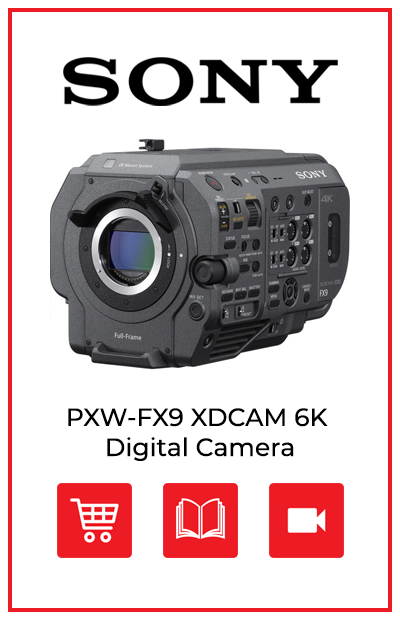 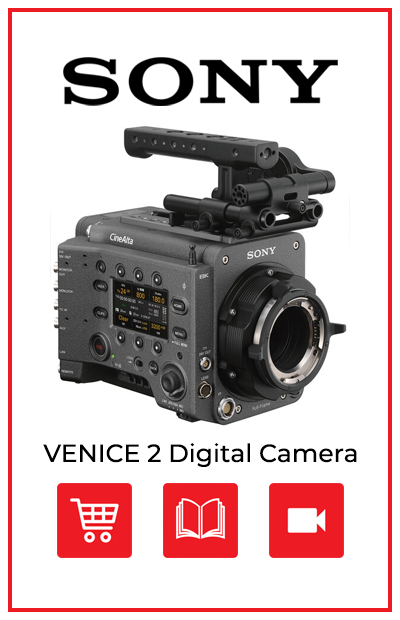 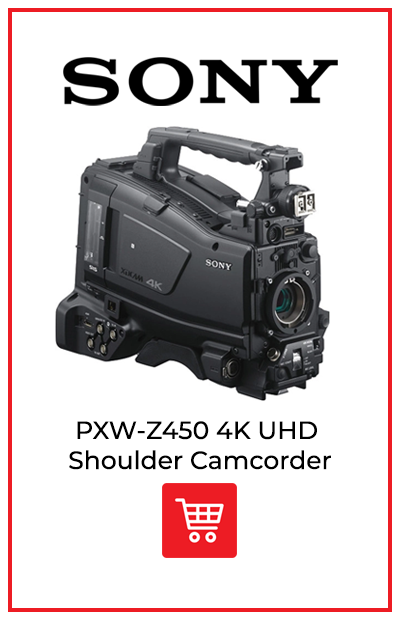 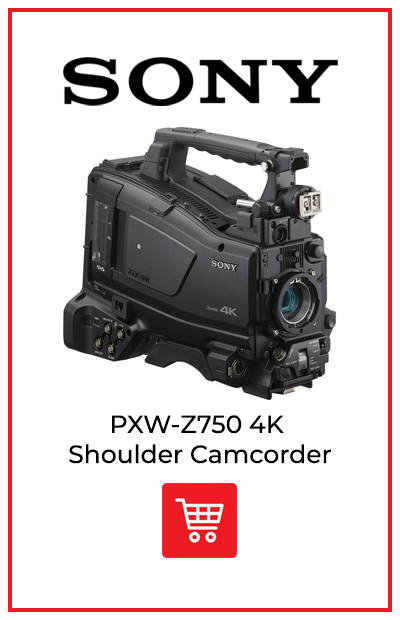 It would seem that this list of requirements is some kind of attempt to "weed out" a lot of small-scale filmmakers by requiring the use of  what is mostly fairly expensive gear. As others have said, if you're delivering an finished, edited, color-corrected, etc., production to them and it looks good, they really shouldn't care what gear was used to shoot it.

On the other hand, -and this is probably not the comment to make on a site that's mainly here to sell video/digital cinema gear, pretty much all this stuff can be rented instead of bought. Most production companies I've seen don't own all their gear, but instead they rent most if of it.

It still seems a little silly that the Blackmagic 6k is not on the list.

There are a lot of cameras that have the image quality requirements met for sure. I have some others on my list that I think are very good, if not better, than some of the options on the list already. But if you are being supported by Netflix going with one of the approved picks is the route. Though the unapproved cameras can usually serve as B or C cameras in limited roles even on Netflix sets.

This list has always struck me as odd - the camera/codec, no baked-in looks, no spanned clips, all clips have full metadata; but if you submit a film or pilot to Netflix, it's going to be a 4K final edit, color corrected and mixed - how do they even know what it was shot on? You don't hand over terrabytes of unedited takes, do you? I'm absolutely certain a current mirrorless camera with good glass in good hands, recording ProRes HQ 4K with a profile that allows good grading control - Netflix would bounce that if you didn't lie and say "it was shot on an Arri"? Or is this list only to be able to work as a camera op for an existing show? It's always seemed weird to me.

From what I understand, Netflix will buy anything shot on anything if they want. If it's a film, it doesn't matter if it was shot on an iPhone. If it's a pilot, you will have to shoot the rest of the season on approved cameras or reshoot the pilot.

That is correct. If you produced a film already, potentially for another studio, Netflix will pick them up regardless of capture format. It is mainly for Netflix productions where they require these cameras and even then there is potential for some exceptions.

Netflix approved cameras are only for Netflix Original (and funded) pictures.  You can use any camera and still be able to sell your pictures to Netflix via a third-party distributor.  Although Netflix can impose such requirements for their projects, I completely disagree with the premise that "Netflix Approved" labeled are cameras to seriously be contended and considered.  That is a seriously wrong assessment and a mistake especially for professionals, but unfortunately production executives and decision makers who knows less than the Directors of Photography and Directors takes list like this as gospel.  That's a very uninform and bad move. Sad.

Correct. If Netflix commissions you for a project you have to follow their guidelines. That being said, they will buy good content regardless of the camera specs if it is already produced.

Just as it was in the 3 network days, most are priced out of participation. Camera makers are always upping the ante on gear to force constant product/profit flow. The message is be rich or be gone... Like the "big club" George Carlin warned about. Elitist nonsense.

there seem to be a lot of affordable cameras on this list including the sub 2k panasonic box cinema and the black magic isnt entirely out of most serious indie film makers pocket book. Additionally, I would suggest, if you are short on cash, saving for the project and then renting the gear...unless you are going for something in the Pani or BM range as they are so affordable you should buy them

You must be new.

Aside from ARRI, who have never been shy about their insanely high pricing, most manufacturers are selling cameras that are ridiculously cheap for the features you get. A decent lens costs ten or more times what a decent camera body costs these days.

Cinematography stopped being the "big club" you claim when the first Red shipped years ago, and that company was determined to 'democratize' the biz by letting any inexperienced wannabe with a high enough credit card limit to buy one and claim cinematographer status. The resulting tsunami of trash images nearly drowned quality production.

Yes, it's true, Netflix won't let you use the garbage that passes for a camera in phones on their original productions. I'm glad of that.

If you don't like Netflix's push for higher standards and quality, shoot stuff for the industry's 'remainder' pile - YouTube.

Michael B.
3 weeks ago

Says the company that is loosing subscribers faster than a sinking ship.  I don't know about you, but these companies dictating specs, censoring content.... just all of it is enough to make you scream.  I get they want content to look good but discounting a great story because someone doesn't have an "approved" camera is just plain stupid.  Good riddance Netflix.

There are plenty of great cameras and lenses that looking fantastic but are not NETFLIX approved. They mainly need to be approved because they are touting true 4k delivery and if the cameras, such as the Alexa classic, don't capture in 4k or above, then legally they leave themselves open to disputes and potentially law suites.

It is interesting point on the ARRI, I suspect the new 4.6K sensor of the ALEXA 35 will get them that approval.

Thanks for the heads-up, Amadeo. We have rectified the situation and added those cameras to the article.

The FS7 (MK1 and MKII) are also on the approved list.  I shot with mine on a Netflix original series…

We stuck with currently available products in our current listing, but you are correct about the FS7 series being approved. We will add a note saying these are only the current options.

As said in the very first post. Only films Netflix is funding. If Netflix thinks that a film they’l buy will make them millions of bucks. They won’t care if its shot on VHS.

You might be on to something. A retro shoot.

Features
Elevate Your Remote…
by Mary Latvis
5 months ago
SaveLikeFacebookTwitterLinkLink