Shooters looking to mount a favorite shotgun mic directly on the camera are going to be very pleased with Tascam’s CA-XLR2d series of camera-mount XLR microphone adapters. TASCAM offers three options: the CA-XLR2d-C is designed for use with select Canon cameras, the CA-XLR2d-F is for use with FUJIFILM cameras, and the CA-XLR2d-AN is a universal adapter for use with Nikon cameras and other models with a 3.5mm external microphone input connector.

All three versions offer two XLR inputs with high-definition discrete-architecture microphone preamplifiers and switchable 48V phantom power available for condenser capsules. The low-noise preamps offer a wide dynamic range and can also be switched from mic to line level if, for example, you want to record the output of a mixer to the camera. An additional stereo mini mic input jack is also on board for use with microphones with 3.5mm outputs. Each of the adapters offer digital-to-analog converters (not accessible on the CA-XLR2d-AN without an additional adapter) and built-in processing with manual and automatic level control, two low-cut filter options, and a limiter. A link option lets you adjust the L/R input volumes simultaneously for stereo recordings. Offering quality sound capture and various connectivity options, the CA-XLR2d series of XLR adapters is sure to be the perfect addition to your kit. 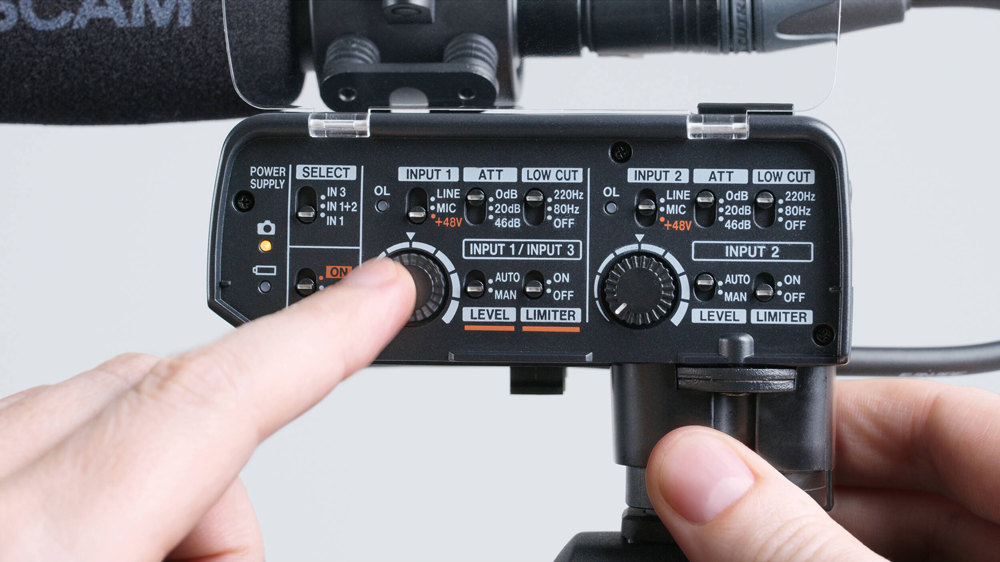 The CA-XLR2d-C version for select Canon cameras and the CA-XLR2d-F version for select FUJIFILM models include adapters that support the digital hot shoes available on certain models from those manufacturers, allowing you to power the adapter directly from the camera, although they will still operate on two AA batteries if the situation calls for it. What’s more, these models can take advantage of the camera’s hot shoe for a cable-free digital audio connection to the camera that eliminates any deterioration in sound quality while effortlessly keeping your sound and picture in sync. In addition, every version of the CA-XLR2d series features a 3.5mm output, which can be used to connect to a wide variety of cameras with 3.5mm external input jacks or used as a headphone monitoring option if you are working on the hot shoe. 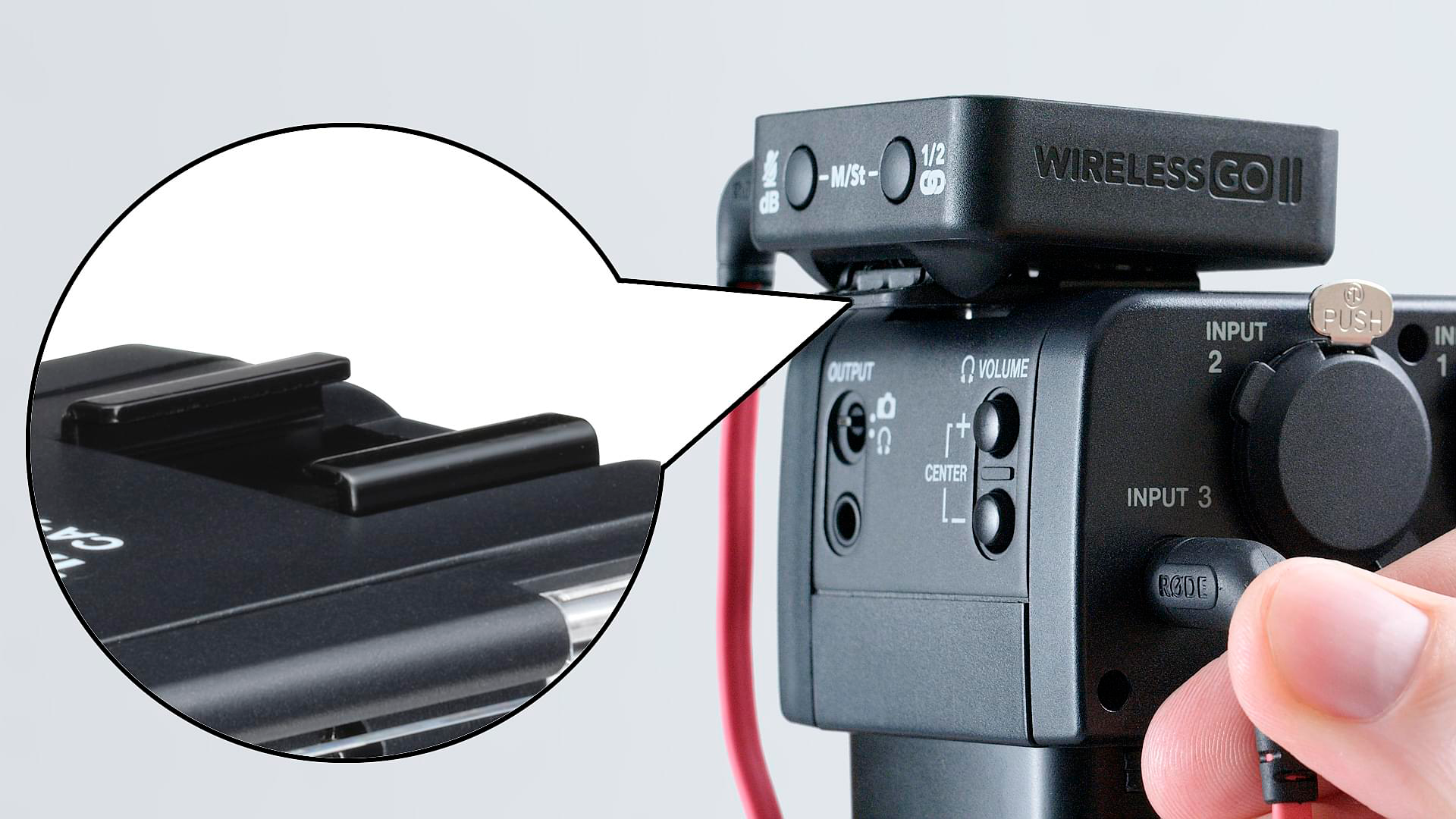 The CA-XLR2d-C supports the digital audio connection from the multi-accessory shoe on the following Canon cameras, although full powering support varies between models:

If you’re not shooting with a Canon or FUJIFILM model with a digital hot shoe, you might want to consider the CA-XLR2d-AN model, which is designed to be a universal XLR mic adapter for use with Nikons and other cameras with a standard 3.5mm microphone input jack. Since this version does not support powering from the camera, you’ll be running the adapter exclusively from the AA batteries. Operating time is variable depending on the type of batteries and mic inputs used, with alkaline models supplying between 3 and 6 hours of operation, while lithium-ion batteries will power the unit for between 8 and 14.5 hours. 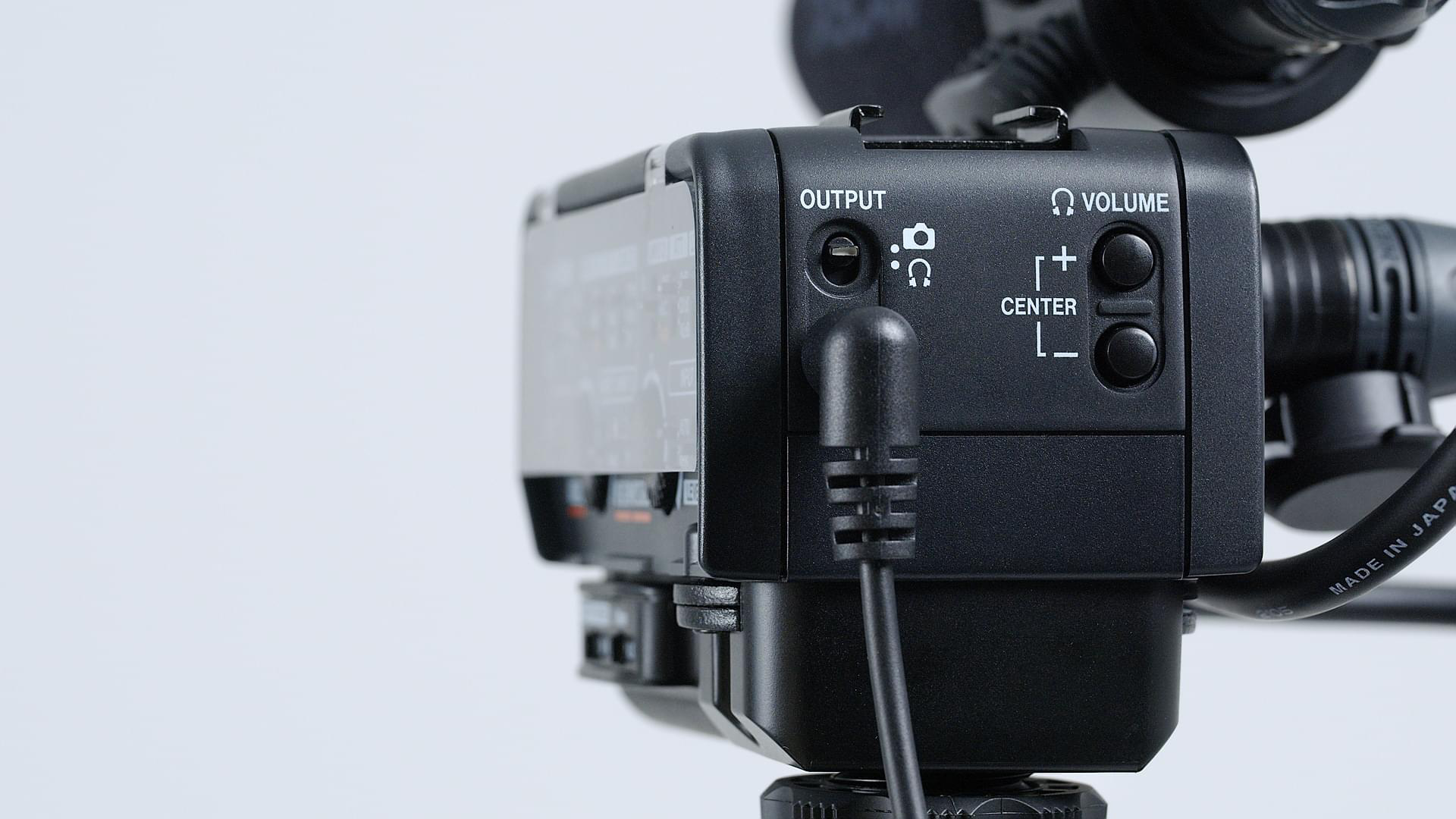 So hopefully we’ve given you some idea of the feature set in Tascam’s CA-XLR2d series of XLR adapters. If you’re a busy shooter looking to leverage a favorite XLR mic for on-camera duties, this might be the perfect solution for your rig.

Looking forward to trying out the CA-XLR2d on your next creative endeavor? Let us know in the Comments section, below; and if you have questions, please call us, chat with us online, or stop by the B&H SuperStore. 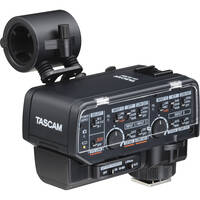