Sony photographers looking for a camera-mountable shotgun are going to be very excited about the new ECM-B10 Digital Shotgun Microphone, which takes full advantage of the digital interface in the company’s MI shoe and offers three switchable pick-up patterns, beamforming technology, and digital signal processing.

Weighing only 2.6 oz and with a length of only 3.1", the ECM-B10 provides a smaller and more compact footprint than the ECM-B1M model and offers a similarly versatile on-camera solution tailored for on-the-go creators, allowing you to switch between three different pick-up patterns. For selfies and interviews, use the super-directional pattern to focus audio capture tightly on a single subject directly in front of the camera. Switch to the unidirectional pattern for a wider shot or if you have two subjects on camera. The omnidirectional setting captures audio in a 360-degree field around the mic, making it a smart choice to pick up environmental sounds and voices from behind the camera. When using the super-directional and directional settings, the mic’s beamforming technology helps you to precisely capture your subjects with less unwanted background sound. 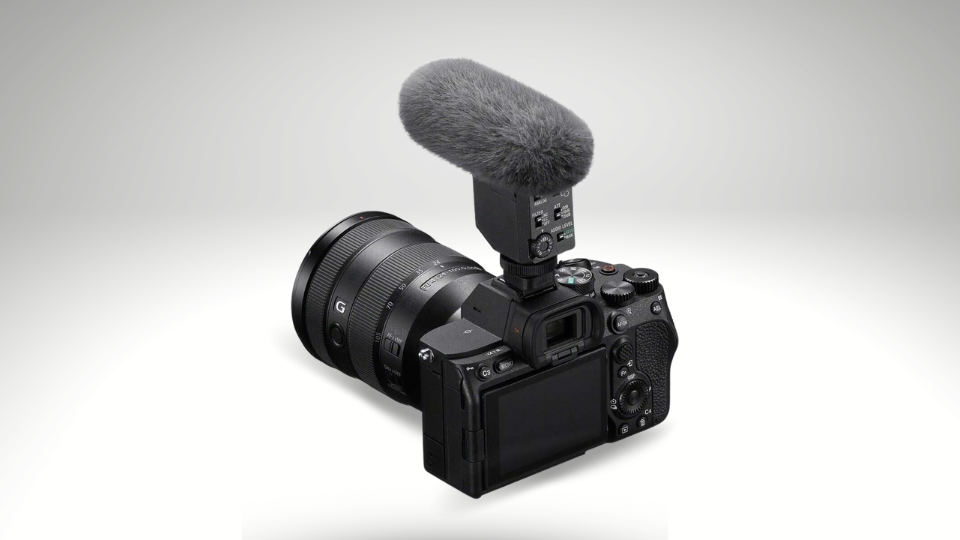 In addition to a low-cut filter, a noise-suppression filter can be engaged to reduce distracting background sounds such as air conditioning units and similar mechanical drones, while foam and furry windshields reduce air and wind-noise issues, especially on outdoor shoots. The dust- and moisture-resistant ECM-B10 can be used on Sony cameras equipped with a Multi Interface Shoe (MI), but it’s an especially good fit for Sony cameras with a digital MI shoe, including the Alpha 7R IV, A7M4, a7C, ZVE10+, and others. The cable-free digital connection supplies the mic with power and eliminates signal degradation, supplying pristine in-camera audio recordings without the noise and hiss common to the analog preamps found in many cameras.

Are you ready to try the Sony ECM-B10 on your next video project? Let us know in the Comments section, below! 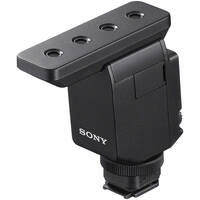