IK Multimedia announces the iRig Pro Quattro I/O, a powerful utility device that acts as a Swiss army knife, but for audio. This 4-input/2-output professional field recording interface and mixer fits in the palm of your hand and provides a multitude of functions. There are two versions: Standard and Deluxe.

For mobile work, the iRig Quattro I/O excels as a multichannel audio and MIDI interface with a full array of inputs and outputs, great for any recording or performance application. Switch to Stereo mode and utilize the unit as a broadcast/podcast interface, which mixes all sources down to stereo for streaming or recording. Monitoring is simplified, thanks to the dedicated headphone output with independent volume control and direct monitoring. A Mono mode is also available for streaming to social media, while the Loopback feature lets you duet your favorite videos easily. 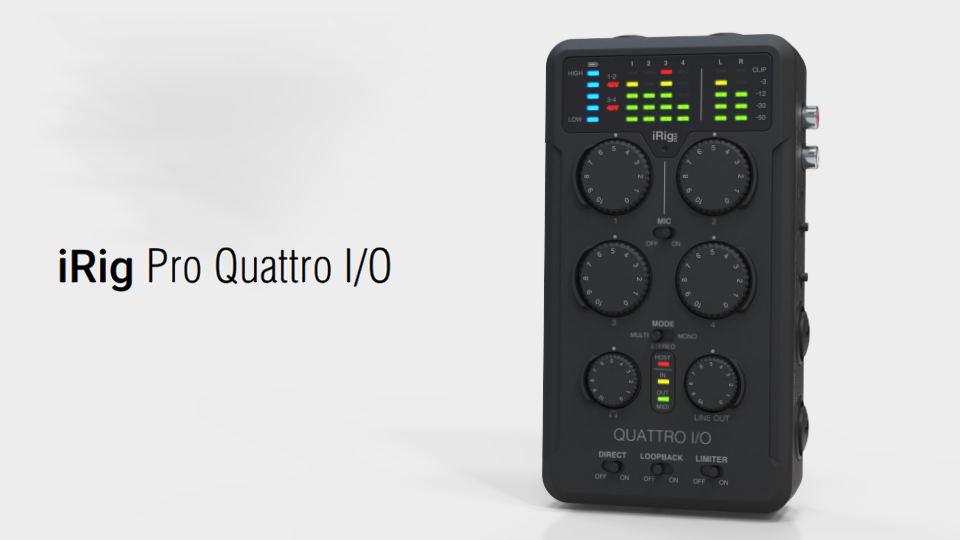 The iRig Quattro I/O includes a built-in omnidirectional microphone and can be outfitted with optional X-Y stereo microphone capsules for field recording. Simply connect to your portable device and you’ve got a full-featured professional field recorder. The unit can also be used as a stand-alone preamp and mixer. It’s powered by battery, USB, or optional DC adapter, and you’ve got a full set of inputs and outputs to your DSLR camera. 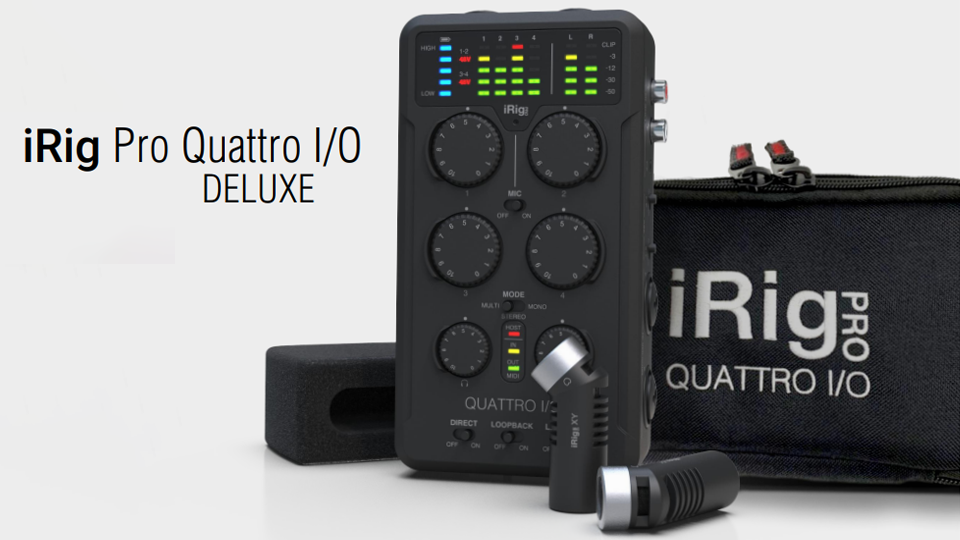 When working in stereo or mono mode, inputs 3 and 4 are used as safety channels. They record the same signal present on inputs 1 and 2 but reduced by 12 dB as a backup in case the sound source becomes too loud and distorts. The iRig Pro Quattro I/O incudes a 1/4" threaded adapter, four AA batteries, an iOS Lightning to mini-DIN cable, a USB-A to mini-DIN cable, and a 2.5mm to MIDI female adapter. The Deluxe version includes everything the standard version offers and adds a mini-DIN to USB-C cable, two iRig MIC X-Y stereo microphones, an iRig MIC XY windscreen, a carrying case, and a 9V power adapter.

As you can see, the iRig Pro Quattro I/O offers a multitude of features and functionality, making it a true Swiss army knife for audio, well suited for your next recording project in the studio or on the go.

What’s your favorite field recording setup? Let us know in the Comments section, below. 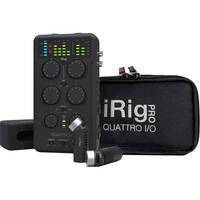 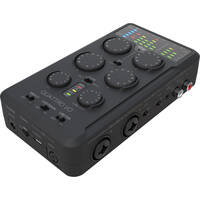