Musicians, performers, and system integrators looking for a wireless in-ear monitoring solution that delivers accurate sound and reliable performance are going to be very excited to hear about the new 3000 Series Wireless IEM System from Audio-Technica. This powerful yet cost-effective system operates in the DF2 band (470 to 608 MHz) of the UHF frequency spectrum, far away from potential Wi-Fi and cell phone interference in the 2.4 GHz range, and is designed to be an easy-to-use, dependable go-to system for houses of worship and performance venues.

Wireless in-ear monitoring gives performers freedom of movement while also providing more consistent sound than monitor wedges are capable of, making them an increasingly popular choice among musicians and vocalists. And reliability is critical—no one wants to be Mariah Carey on New Year’s Eve in Times Square staggering through a disastrous set because you can’t hear what you’re doing.

The 3000 Series system offers a wide 138 MHz tuning bandwidth and receiver antenna diversity to ensure dependable RF performance. The metal 1/2-rack tabletop transmitter includes a kit for rack mounting, and an adapter is available that allows you to mount two units in a single rack space. Two XLR connectors on the rear panel provide the inputs; for simple setups, you could plug a microphone into one input and an instrument into the other, while for larger band applications you might want a vocal mix on one input and an instrumental mix on the other. Also on the back is a pair of 1/4" loop outputs and an RJ45 network connector that allows you to set up and coordinate your system using A-T’s Wireless Manager Software. Conveniently, a channel plan can be deployed to all the network-connected receivers via an RF scan from a single receiver.

The bodypack receiver provides an efficient headphone amplifier and a standard 3.5mm output jack to accommodate the included ATH-E40 in-ear monitor headphones. The receiver can be operated in stereo or mono modes, while panning/personal mix controls allow each performer to customize the mix on the receiver. EQ and compression options are on board for further tailoring. The Cue mode allows an audio engineer to monitor several different IEM channels from a single receiver with no interference or third-order intermodulation issues. In addition, the 3000 Link mode enables compatibility with 3000 series wireless microphone components for even more flexibility.

Each bodypack receiver runs on two AA batteries, providing up to 6 hours of operating time on a pair of alkaline batteries and up to 7 hours on a pair of NiMH rechargeable ones. Batteries can be recharged while remaining in the receiver using either the ATW-CHG3 or the ATW-CHG3N chargers (both available separately). The included ATH-40 in-ear monitoring headphones feature clear and accurate dual-phase, push/pull drivers and offer flexible memory cable loops that fit over your ears. Three pairs of silicone ear tips are included for a secure, personalized fit that can be worn comfortably for hours. 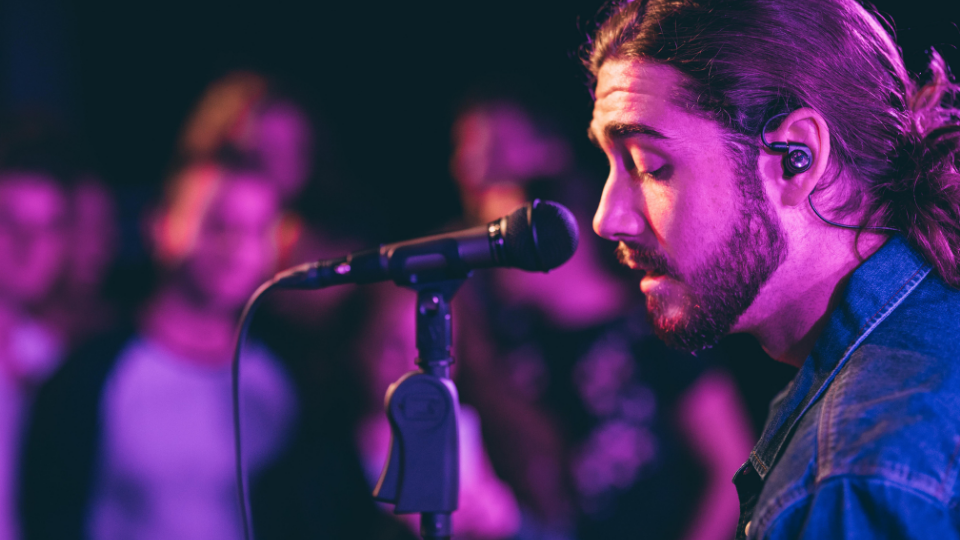 The 3000 Series is available as the ATW-3255 set, which includes the transmitter, receiver, in-ear headphones, a rack-mounting kit, and power supply. The ATW-R3250 Receiver is also available as an individual component so you can easily expand the system as your needs grow.

Questions or thoughts about Audio-Technica’s new 3000 Series Wireless IEM? Post them in the Comments section, below! 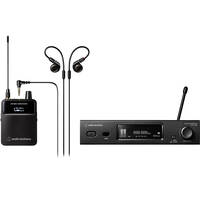 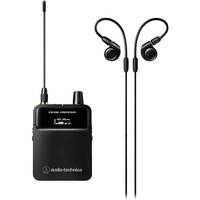