Just when you thought it couldn't get any better, Antelope ups the ante with its latest compact audio interface, the Discrete 4 Pro Synergy Core. Building upon the success of the Discrete 4 Synergy Core, this Pro version includes redesigned AD/DA converters and improved software features. The interface has also been upgraded to the blazing fast Thunderbolt™ 3 and includes a standard USB 2.0 Type-B connector. Expect ultra-low-latency performance and better effects processing capabilities.

The Discrete 4 Pro has been upgraded with the latest generation converters reaching up to 130 dB of headroom on the monitor DAC. Antelope also included its proprietary 64-bit AFC (Acoustically Focused Clocking) technology and Jitter Management algorithm to provide next-level detail in your recordings and deliver a spacious stereo image with distinct separation.

There have been several workflow enhancements including the virtual routing patchbay, which streamlines the routing process and allows you to route any signal source to any output. The software control panel also allows you to create presets and quickly configure mixes with four fully independent 32-channel virtual mixers. You can save and recall presets from the front panel, and the color display features configurable metering. With the enhanced processing, you can now add effects on any input source. Create different versions of the same recording with unique effect chains, print them all simultaneously, and even send them to all performers via the four independent headphone outputs. 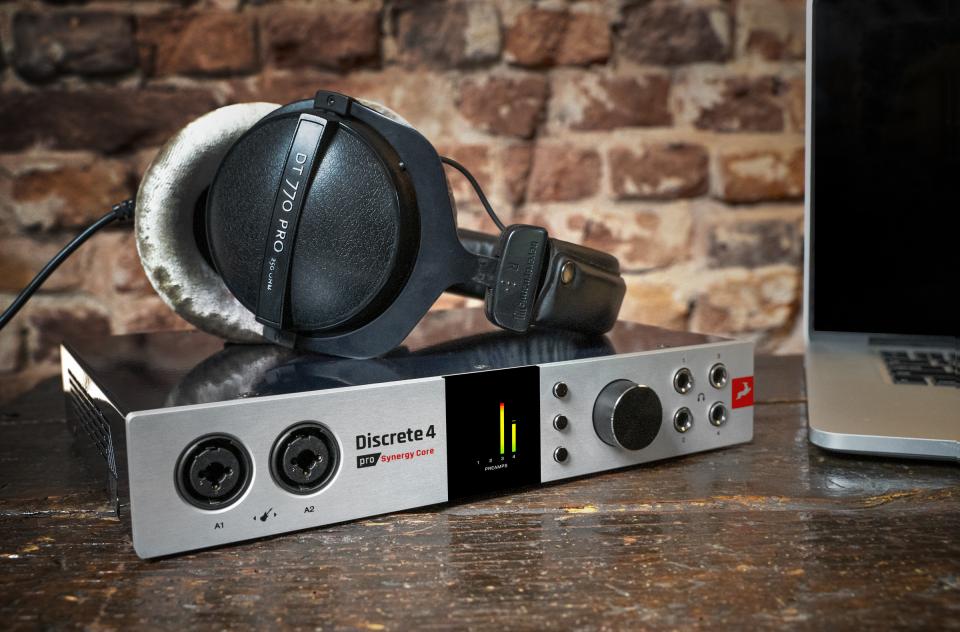 The four Discrete 6-transistor microphone preamps have been inspired by vintage console preamps and provide 65 dB of gain for pristine recordings. All four preamps work as mic/line inputs on combo XLR-1/4" connectors with switchable +48V phantom power for condensers, while the two front pres also offer Hi-Z inputs for use with guitars and other instruments. There are four DC-coupled line outputs on 1/4" TRS jacks, as well as a pair of 1/4" monitor outputs. The interface can be expanded with ADAT and S/PDIF (coaxial) I/O for 10 additional inputs and outputs (14 x 20 Total). But wait, there's more! The Discrete 4 Pro also includes two word clock outputs, which let you distribute the interface's highly stable clock signal across your studio. 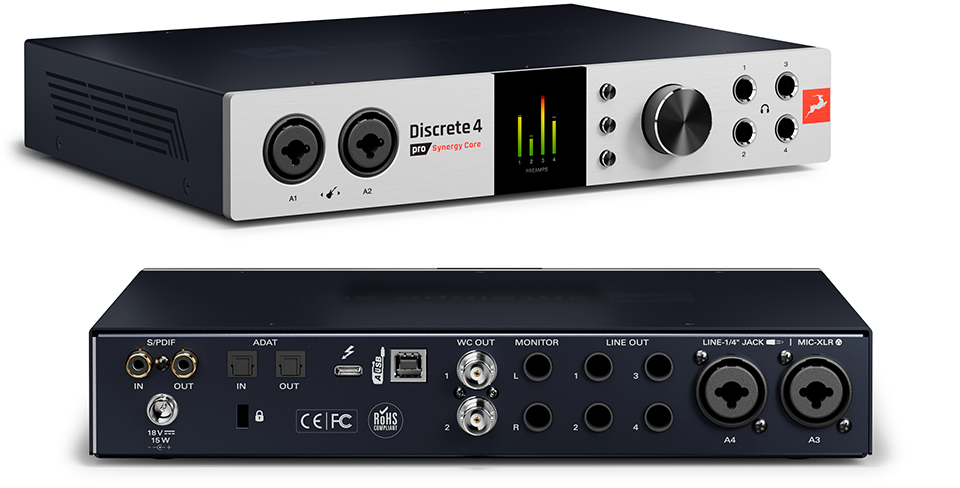 There are 37 stellar effects included with the Discrete 4 Pro, which are modeled after iconic studio equipment and can be applied in real time. The Synergy Core proprietary onboard platform is powered by two DSP chips and a single FPGA chip for real-time effects processing with imperceptible latency.

This allows you to monitor directly through the interface during tracking and recording with effects. All analog-modeled compressors, EQs and preamps are processed entirely inside the interface, putting zero load on your host CPU. The onboard Synergy Core processing power enables you to load effects on up to 16 channel strips, four times as many as the original Discrete 4 SC. You'll find microphone preamps, EQ, and compression and limiting, as well as guitar amplifier and cabinet emulations, reverb, and special processing effects.

Are you a fan of Antelope? Tell us why, in the Comments section, below. 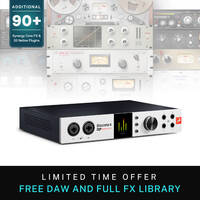