Antelope is ensuring your late summer remains toasty with two hot product releases aimed at musicians, producers, and engineers looking for portable and budget-friendly ways to maximize their creative potential. The Edge Note is a small-diaphragm condenser mic capable of modeling 13 classic microphone models, while the brand’s most popular audio interface, the Zen Go Synergy Core, formerly only available with a USB connector, is now also available in a Thunderbolt™ 3 version called the Zen Go TB.

Classic Microphone Tones for Creators at Every Level

Modeling microphones make a lot of sense for up-and-coming producers and musicians looking to experiment with different mic tones without having to cough up the coins necessary to outfit a custom mic locker. Plus, you only have to store and carry a single mic, or pair of mics, and yet you’re still able to impart some of the distinctive sonic characteristics of classic mic models to your recordings. With a frequency response from 20 Hz to 20 kHz, the Edge Note is designed to deliver clean, transparent recordings that are well suited to the emulation processing, and it features a pad with -10 and -20 dB settings—allowing it to handle SPLs up to 146 dB. This means the mic can be used on a wide variety of sources without distorting, including drums and horns, making it a cost-effective solution for project studios, musicians, and engineers looking for a versatile microphone that’ll work on a wide range of instruments. The cardioid pick-up pattern helps reduce background noise for more focused audio capture and the Edge Note offers a high-pass filter switch with settings at 75 Hz and 115 Hz, so you can remove unwanted low-end rumbles caused by air conditioning and vibrations. A shockmount is also included to reduce vibration and handle noise further.

The emulation processing can be done by a native plug-in or by the Synergy Core chips in an Antelope audio interface. Using the Antelope’s Synergy Core to do the math allows you to process the audio in real time during the recording stage, while the native version runs as a mix plug-in within your DAW. The Edge Note is capable of 13 emulations, with the geographic names providing a less-than-subtle hint at the classic models being simulated: 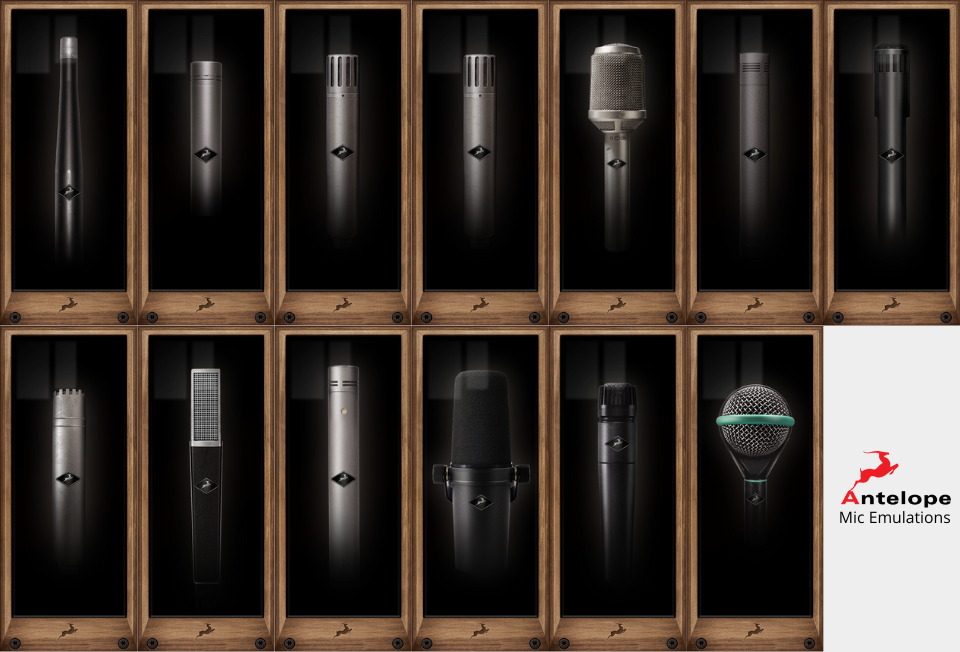 A Proven Performer Gets a Thunderbolt™ Update

At this point, if you’re imagining all the real-time sonic goodness you could experience while recording with the Edge Note mic and Antelope’s Synergy Core system, then perhaps it’s the right time to mention the Zen Go TB Thunderbolt™ interface. Basically, Antelope took its best-selling audio interface in the US and gave it the Thunderbolt™ 3 port a lot of people were requesting, while keeping all the terrific features that made it so popular in the first place. The Zen Go TB offers 64-bit AFC proprietary clocking technology, discrete ultra-linear preamps, and professional-quality AD/DA conversion with up to 127 dB of headroom to provide a powerful, yet portable, interface you can trust for recording and mixing your creative endeavors. The unit sports two XLR/TRS combo input jacks ready to handle mic, line, or hi-Z inputs. Also on the back is a pair of TRS outputs and a pair of RCA outs for monitors. S/PDIF ports provide stereo digital input and output, while two headphone jacks are conveniently positioned on the front panel. A color multifunction IPS screen, big knob, and navigation buttons provide a streamlined, intuitive interface—letting you quickly set up direct monitor mixes with effects and use the interface’s loopback function to make streaming applications a breeze. 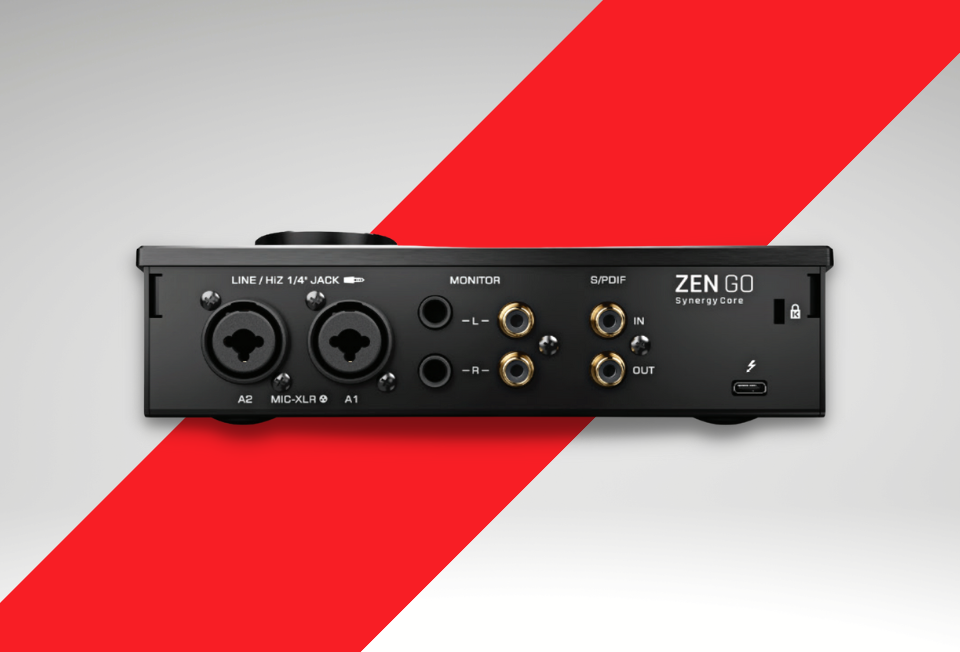 Synergy Core Gives You So Much More

The Thunderbolt™ connection’s ultra-low latency is especially useful when using the Synergy Core onboard effect processing platform, which allows you to run a plethora of real-time input and mix processing plug-ins. Included with the Zen Go TB are 37 analog-modeled effects, including preamps, EQs, compressors, guitar amps and cabinets, and a signature reverb; more than 50 additional effects are also available for purchase once you’re ready to expand your plug-in arsenal.

Are you ready to try the Antelope Edge Note mic on your next instrumental recording? Thinking about how you’ll use the powerful features in the Zen Go TB to take your productions to the next level? Let us know, in the Comments section, below! 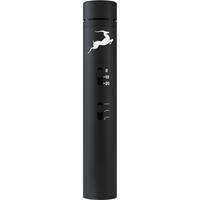 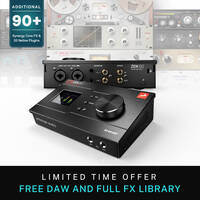