Recording a guitar amplifier is easy, but recording one well can be quite tricky. In addition to the guitar and the amp, the acoustics of your recording space play a big role, as do mic placement and the microphone itself. This article is intended to be a quick primer to point you in the right direction when buying a microphone to record your guitar amp. It is not intended to be an all-encompassing guide for amp recording technique, and believe you me, there is a lot to know on that subject. However, learning about the kinds of microphones that are typically used for recording guitar amps is a good place to start.

The most common microphone used to record a guitar amplifier is a dynamic mic. These mics are designed to withstand extremely high SPL, which is great because guitar amplifiers can be very loud, and many players like to play them loud. The de facto king of all guitar amp mics, and all-around Swiss Army knife that every decent sound recordist ought to have, is none other than the Shure SM57. Put it on a small mic stand, and mic it close to the speaker. When using a cardioid dynamic mic like the 57, moving it closer to the speaker will give you a sound with more low end, and moving it farther away will give you less low end. Generally speaking, moving the microphone toward the center of the speaker will give you a brighter sound, and moving it closer to the edge of the speaker cone will give you a darker sound. You also will want to play around with the angle of the mic. Even small movements of an inch or less can drastically change the sound being recorded, so you really need to experiment to achieve the desired sound.

Another great dynamic mic, and my personal favorite for close-miking a guitar cabinet, is the Sennheiser MD 421. This mic is great on just about everything, from guitar and bass cabs, to drums, to vocals, and while it may be on the expensive end of the dynamic microphone spectrum, its crisp yet full-bodied response is well worth the investment.

In addition to dynamic mics, ribbon mics also make fine guitar amp microphones, and the Royer Labs R-121 is the perfect specimen. Boasting a figure 8 polar pattern as most ribbon mics do, high SPL handling, and a warm, yet detailed response, the R-121 is one of the sweetest-sounding mics around for recording guitar amps.

Depending on the sound you’re going for, in addition to close-miking your guitar amp, it can sometimes make sense to track a room mic that’s placed several feet or more behind the close mic to better capture the sound of the room and its natural reverb. I particularly like to set up a room mic for more ambient guitar sounds, such as for a big, reverberant blues lead guitar, for instance. For this function, a condenser mic like the Neumann U 87 is definitely a “go-to” in the pro recording world, but if you’re on a budget, the Audio-Technica AT4047MP will do nicely and yield somewhat similar performance.

Thanks for reading this quick and dirty rundown of some of our favorite mics for recording guitar amps. I encourage you to leave any questions or concerns you may have in the Comments section, below.

I understand that you guys need to sell stuff, but the truth is that ANY non-professional recording engineer would be fine with a Shure SM57 for guitar amps. If you really want to use a large diaphragm condenser in addition, an AT NT-1 (269$) would be totally sufficient. If you don't have a treated, super quiet room, any of the other options you name here would be overkill, and, due to their extreme sensitivity to all sounds, including unwanted room noise, not even as practical as a 100$ dynamic mic. People should focus on their playing and the sound at the source, not spend a fortune on equipment that won't improve those crucial elements (and possibly even make sound problems more noticeable).

The Rode NT-1 is a great mic for a great price, totally agree. And, good point about room treatment.  Condenser mics will definitely pick up a lot more of the room, so if you're recording in an untreated bedroom, a dynamic mic alone are likely the way to go. I usually recommend dynamic microphones for recording vocals in noisy living spaces as well. 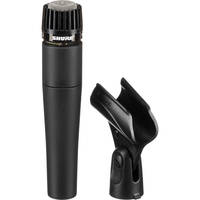 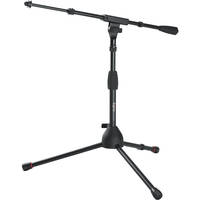 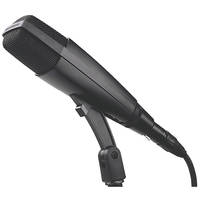 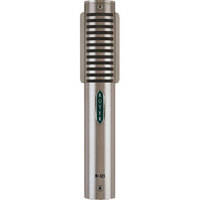 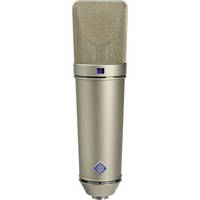 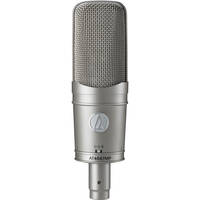