This is a fun conversation—very informative, and gets the creative chemistries gellin’. Our guest on today’s episode of the B&H Photography Podcast is Rhiannon Adam and, if there is anyone who knows more about instant film photography, I don’t want to meet them. Adam brings a wealth of researched knowledge about the history of the Polaroid company and also simple but effective techniques to improve your instant film photography practice, whether via FUJIFILM, Mint Camera, or Polaroid.

Our conversation generally follows the framework of Adam’s 2017 book Polaroid: The Complete Guide to Experimental Instant Photography, which has been updated and republished in 2022 in paperback. The first part of the book (and our conversation) relates the story of the “Polaroid” camera and the inventions of its founder, Edwin H. Land, a.k.a. Dr. Land, which include polarizer sheeting. We learn of the race to market of the various instant cameras and films, until the SX-70 took the world by storm in the 1970s. We also learn of patent wars between Kodak and Polaroid, the ultimate demise of the Polaroid company and the rebirth of the brand through The Impossible Project, and eventually its return to selling camera and film products.

After a break, we speak more specifically about various instant films and cameras, both new and vintage, and we also highlight several of the many techniques detailed in Adam’s book, and methods to improve your instant photography. From emulsion lifting and manipulation to finger painting, scratching, and even microwaving instant film, we discuss creative instant film processes and some noted artists.

Hi Jeff, so glad to hear that you enjoyed this show. If you're a fan of podcasts, this show is just the tip of the iceberg! There are more than 300 episodes in our archive from the past 8 years, and we invite you to peruse the entire collection on our landing page at https://www.bhphotovideo.com/explora/podcasts for unlimited photography fun! Thanks for the comment and for visiting the Explora blog.

What a great show! Entertaining and educational! 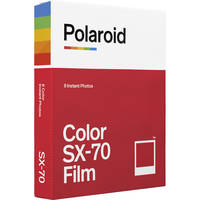 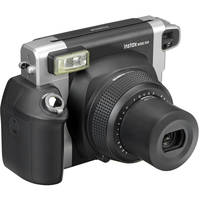