If inspiration is what you are looking for, the story of how Eric Kruszewski became a photographer should supply you with plenty of it. Of course, it all starts with a personal desire but, planning, networking, hard work, and even a simple Google search like the eponymic one above, all go into the recipe for success.

Taking up photography as a hobby in your thirties seems a commonplace occurrence, but deciding to change careers and become a working photographer is another story altogether. Join us as we speak with travel, editorial, and documentary photographer Eric Kruszewski about his journey from newbie to National Geographic. We talk about the value of workshops, mentors, cold calls, and persistence, and trace Eric’s career from its inauspicious beginnings through long-term personal projects, one-off jobs, artistic setbacks, learning new skills and, ultimately, a satisfying career—paying the bills by doing what he loves.

At India’s Jaisalmer Fort, a street performer walks a tightrope in a unique way—on her knees (with a metal plate) while pushing herself along only with her toes and balancing a vase of water on her head.

Cowboys from across America gather at the Pendleton Roundup to prepare for its annual rodeo. From the series, “American Rodeo.”

It is quite common that families travel together with the Davis Carnival. In camp, one woman observes her neighbors—a mother and daughter—through the window. From the series, “Behind the Ferris Wheel.”

Richmond Shepard, a mime based in New York City, poses for a portrait in his studio.

During the annual Military Tattoo in Edinburgh, Scotland, a motorcycle stunt driver takes off amongst fireworks. The performance is held for about three weeks, with the Edinburgh Castle as a backdrop.

A woman walks through a mirror maze, part of the Camera Obscura and World of Illusions exhibits in Edinburgh's Old Town.

Chris Turner poses for a portrait in his childhood neighborhood of Northeast Washington, D.C. Chris was one of several people accused of the murder of Catherine Fuller in 1984. He served 26 years in prison and maintains his innocence.

At the Elephant Conservation Center in Laos, a mahout (elephant trainer) jumps between two elephants. He stuck the landing.

Andreas Georgiou, a Greek economist, poses for a portrait in his United States home

A young girl dons a costume inside the Angkor Wat Temple in Cambodia. She dresses in costume to pose for photos with visitors.
Previous Pause Next 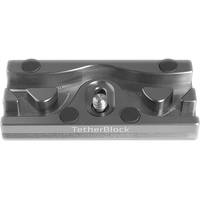 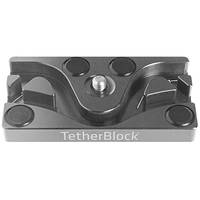