“A wiser feller than myself once said, ‘Sometimes you eat the bear, and sometimes the bear, well, he eats you.’”

A few of our listeners may recognize this quote from a certain 1998 movie but, for others, well, it may just be a confusing adage. For today’s episode of the B&H Photography Podcast, however, we did indeed “eat the bear” and are very fortunate to welcome actor, musician, and photographer Jeff Bridges to our show. In addition to being an Academy Award-winning actor, Bridges photographs the “behind-the-scenes” making of his movies with a Widelux swing-lens panoramic film camera, and over the years has collected those images in private editions, made for the cast and crew.

In 2003, he published a book called, Jeff Bridges: Pictures, and in October 2019, is releasing the incredible Jeff Bridges: Pictures Volume 2, which “expands on Bridges' intimate vision of Hollywood behind-the-scenes. Included within are rare looks at the famed actors, top directors, talented costumers, and makeup artists, skilled and creative set and art decoration, and the rest of the passionate crews involved in such memorable movies as True Grit, Crazy Heart, The Giver, TRON: Legacy, and Hell or High Water.”

With Bridges, we discuss his affinity for the Widelux, and how he handles this camera—known for its idiosyncrasies. We relate the nuts-and-bolts aspects of his workflow, from using the viewfinder (or not) to measuring exposure with a Minolta spot meter, to how he composes a frame with a 140-degree angle of view. We also discuss other wide-format cameras, how Bridges works on set with other actors and crew members, the creation of his new book, and the scope of his photographic work, which has become a unique documentation of movie-making from the 1980s until today.

Join us for this lively conversation and look for Jeff Bridges: Pictures Volume 2, published by powerHouse Books and distributed by Penguin Random House. All of Bridge’s proceeds from the sale of his book go to the Motion Picture & Television Fund, a nonprofit organization that offers charitable care and support to film-industry workers. When you visit his website, check the link for No Kid Hungry, an organization dedicated to ending childhood hunger and for which Bridges is the national spokesperson.

Finally, if you are in the Los Angeles area on October 15, take the opportunity to have Jeff sign your copy of his book at the Book Soup event, on Sunset Blvd.

01:13:00
Podcast: Art Between Us - Photography on the U.S.-Mexico Border
10/03/2019
SaveLikeFacebookTwitterLinkLink
DON'T MISS AN EPISODE
SUBSCRIBE NOW: 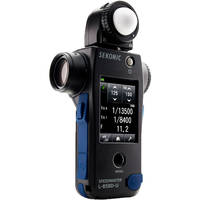 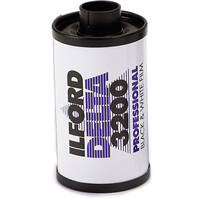