I don’t think I’ve ever seen Allan Weitz as happy as he was during our recording of this episode and, if you are into vintage cameras, lenses, and all things film photography, just sit back and enjoy our conversation with Bellamy Hunt, aka the Japan Camera Hunter. The palpable enthusiasm between these two camera lovers cannot be feigned, and they talked like old friends about Nikon SP, Canon rangefinders, Hasselblads, and anything with a red dot.

We also learn how an Englishman arrived in Japan, worked for a camera company, became a camera hunter, and eventually developed a business that not only sources vintage and rare cameras, but sells film, custom-paints cameras, and writes and shares his love for photography on his the “JCH” site. In addition to talking about cameras, we discuss the photography culture of Japan, camera shops of Tokyo, and the renaissance of film photography. Join us for this pleasurable conversation.

What a fabulous show.  I love Bellamy Hunt's website so when I saw he was being interviewed I had to listen.

Thank you Mary, we really appreciate the feedback.

very intresting Podcast "Discussion" such informatiove and encouraging indeed. however as i'm belongs to old school when i started photography so i can connect and understand the value of work we have been create trhough Films.

so love the talk and hope to have in future as well.

Thank you for the feedback imran, we are little "old school" too....

Great podcast and interview, thank you! I've been to Tokyo but didn't get to the used camera stores that Mr. Hunt talked about. Now that I've heard his a return trip is in order.

Thanks for the comment Bob...I feel the same way.

I enjoyed the interview. Japan Camera Hunter is a site that I visit on a daily basis. I started with film photography in 1980 with my Canon A-1 which I still use today. In July 2013, I found a great deal for a used Canon New F-1 with the AE Finder FN; I added the FN Motor Drive FN, and two focusing screens (partial and spot) from another reseller. I mentioned the deal to my wife when we were driving back from Charleston, SC. She asked "That's their flagship camera?" I answered "Yes, for the 80's." She said "Buy it." I've wanted the F-1 for a long while and I can also share my Canon FD lenses. With two film cameras, the quandary of whether to shoot B&W or color has been solved; one is loaded with color and the other with B&W. December 2013, Paula bought me a Canon 5D III from B&H. I didn't know that I'd add two cameras in 2013. I treat my 5D almost like a film SLR; I turned off image review and my white balance is set the majority of the time to daylight.

Classic film cameras never go out of style or function. I agree, there's something about classic black.

Ralph...Great input! This really was a fun show and I knew it would make an impact on lovers of film cameras. Thanks, as always, for your feedback. 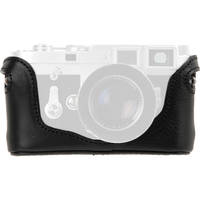 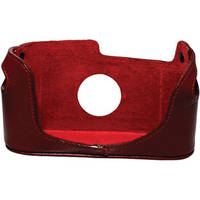 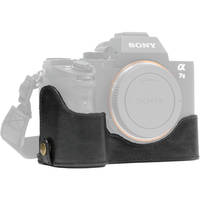 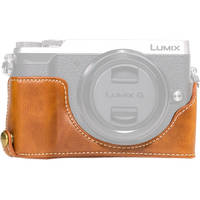