This is a conversation we wanted to last another hour. Talking with intellectual property attorney (and accomplished photographer) David Deal about copyright protection and “fair use” in the Instagram era was such an easy education and pleasant conversation. We already ran long on this week’s episode of the B&H Photography Podcast, just scratching the surface of these topics, and we had to edit out a side conversation we had with Deal about his fascinating work regarding the estate of photographer Vivian Maier. We plan to release that insightful interview in the very near future, but our show today focuses specifically on Deal’s work in the Brammer v. Violent Hues Productions Case and, in general, on the Digital Millennium Copyright Act, rampant copyright infringement, and the value of photography in our sharing and social media-centric culture.

We begin our conversation with an overview on the Brammer case, involving an image by photographer Russell Brammer, which had been found on Flickr, and used without his authorization and without financial compensation. After attempts to resolve the matter without litigation, Deal advanced their suit against the offending party who themselves lawyered up, setting the stage for a Federal District Court judgment and subsequent reversal by a Federal Appeals Court. Deal walks us through the twists and turns of the “fair use” arguments and hints at how this small infringement case may turn out to be a very big victory for photographers.

After a break, we take up broad questions of intellectual property protection, the Digital Millennium Copyright Act, the roles and responsibilities of social media platforms, and how we might right the ship, in terms of photographs being valued for the effort involved in their creation and photographers being rightly compensated. Deal also offers a few pieces of welcomed advice for photographers interested in protecting the value of their work. Join us for this very informative episode. 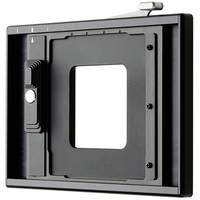 Photography and Loss of Sight, with Pete Eckert: The B&H Photography Podcast
04/07/2022
SaveLikeFacebookTwitterLinkLink