During a little holiday trip, producer John Harris made a visit to the gallery and studio of photographer Clyde Butcher. For anyone who grew up in Florida, Butcher’s work should be very familiar; his photography is often found on the walls of local libraries, municipal buildings, and, as Miami native Jason Tables points out, “every doctor’s office I’ve ever been in.” Butcher’s images of the Florida landscapes, particularly of the Everglades, are legendary, and although he has a brisk print-sales business, many of the photos in libraries have the attached placard, “Donated by Clyde Butcher.”

Although he is known primarily for his large format black-and-white photography of “the swamp,” Butcher’s photographic career extends back many decades and includes architectural photography, mountain and western landscapes, filmed documentaries, and decorative color photography. Interestingly, Butcher began his career selling prints at small art fairs and, in the 1970s, he had a thriving business selling thousands of prints through department stores such as Sears and Montgomery Ward.

This episode of the B&H Photography Podcast is a casual conversation that glides through several topics, including Butcher’s work with large format cameras, his recent foray into Sony digital cameras paired with Canon tilt-shift lenses, the incredible set of vintage enlargers in his giant darkroom space, the business models he and his family employ to market his images, water conservation, and, of course, his relationship to the Florida landscape for which he will be forever linked. Join us for this conversation with a true master.

While I have been a podcast fan since it’s inception, this is my first comment.  This is a story about a great coincidence. While taking my morning walk before packing up to leave our place in Captiva, FL I listened to the Clyde Butcher podcast. It was the first I’ve heard of him. My wife met me while I was part way through, before the amazing clock segment. I told her about this incredible photographer wandering in the swamps nearby.

We went to breakfast and had time before we went to the airport for a brief trip through the Ding Darling Wildlife Refuge on Sanibel which my daughter’s boyfriend hadn’t seen before. As we pulled up I saw a sign announcing a photography show in the visitor center so naturally pulled in. We walked in and there was a Clyde Butcher show!  I’m standing in front of a magnificent print of a cypress with a great egret and an alligator floating and I hear John in my head saying it was taken in the studio’s parking lot.

My family is sick of my blubbering about this but it didn’t go unnoticed. My wife showed me a grass prairie print from the Glades with incredible clouds and said it brought tears to her eyes. Amazing prints. Thanks for the podcast   The only hard part was listening to him say if you want pictures of birds and alligators go to the zoo. I had just finished a week of birds and alligators which I thought were pretty good

Thanks so much Willy ...what a great comment, especially as we were just talking about Ding Darling himself, the Pulitzer Prize-winning photographer, and yes! love Sanibel, have been there many times.  So happy to hear your thoughts on Clyde and his work...if you have time you should visit the Big Cypress gallery or the one in Venice when they do the tour, I was also struck by that zoo comment, although I understand his point. Cant thank you enough for listening to the show and sharing this story. 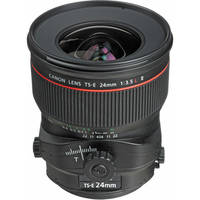 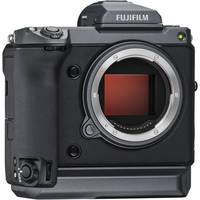