Professional photographers and videographers looking to combine strength, reliability, and performance in their high-end, CFexpress Type A cinematic host need not look further than the latest offerings from Delkin Devices, which include its BLACK and POWER CFexpress Type A memory cards, plus a CFexpress Type A & UHS-II SDXC card reader.

The BLACK and POWER series offer users capacity options of 80GB or 160GB, as well as maximum read speeds of 880 MB/s and minimum sustained write speeds of 400 MB/s. When it comes to each card’s maximum write speed, the 80GB card can reach 730 MB/s, and the 160GB option maxes out at 790 MB/s. What all of this means is that Delkin Devices’ BLACK and POWER series can capture 8K, 6K, and 4K at high frame rates and bit rates. Both lineups are also covered by a limited lifetime warranty.

What distinguishes the BLACK cards from the POWER lineup is the inclusion of a 48-hour replacement and card serialization. Should your BLACK card stop working, Delkin will replace it within 48 hours or less (not including weekends), prior to receiving your non-working card. You can also replace your card over the counter at any authorized Delkin BLACK reseller. Furthermore, card serialization can help track down missing media, as well as determine where it was purchased.

Once you’re finished shooting, download your media using Delkin’s CFexpress Type A & UHS-II SDXC Memory Card Reader. Having two slots is a bonus, since the faster speeds of CFexpress Type A are where memory cards are headed, while SD cards are still widely used. You’ll also be able to store on CFexpress Type A cards inside the reader and cover the card slot with a rubber cape. Aside from that, this reader connects to your host system using a 10 Gb/s USB 3.2 Gen 2 Type C port and included USB Type C to Type C and Type C to Type A cables.

Please note that this reader is not compatible with XQD, CFast 2.0, and CompactFlash. Furthermore, only the CFexpress Type A slot operates at 10 Gb/s, while the UHS-II SDXC slot operates at 5 Gb/s.

Well, that’s certainly a lot of store and speed for an ever-expanding list of cameras that includes the Sony a1, a7S III, a7 IV, and FX3. I’m certainly excited to see what performance gains CFexpress Type A offers us!

Do you use CFexpress Type A? Have you noticed any situations where it’s edged out UHS-II SD cards? Feel free to leave your comments below. 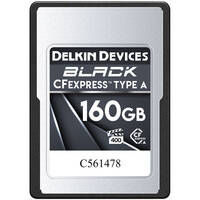 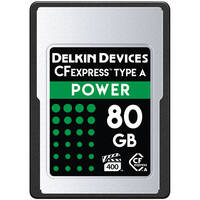 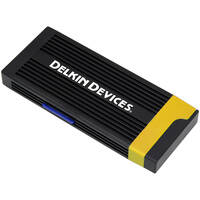 News
Canon PowerShot PICK is a…
by Shawn C. Steiner
4 weeks ago
SaveLikeFacebookTwitterLinkLink