Canon is expanding its EOS R Series of mirrorless cameras with the introduction of two APS-C models: the R7 and R10. This is a notable announcement, since these are the first APS-C cameras are equipped with the RF mount, meaning they are fully compatible with existing full-frame RF lenses and, via an adapter, can work with EF and EF-S glass (though sadly not the EF-M series). While the mount is the same, Canon is releasing a couple of new RF-S lenses for APS-C format imaging alongside the new bodies. 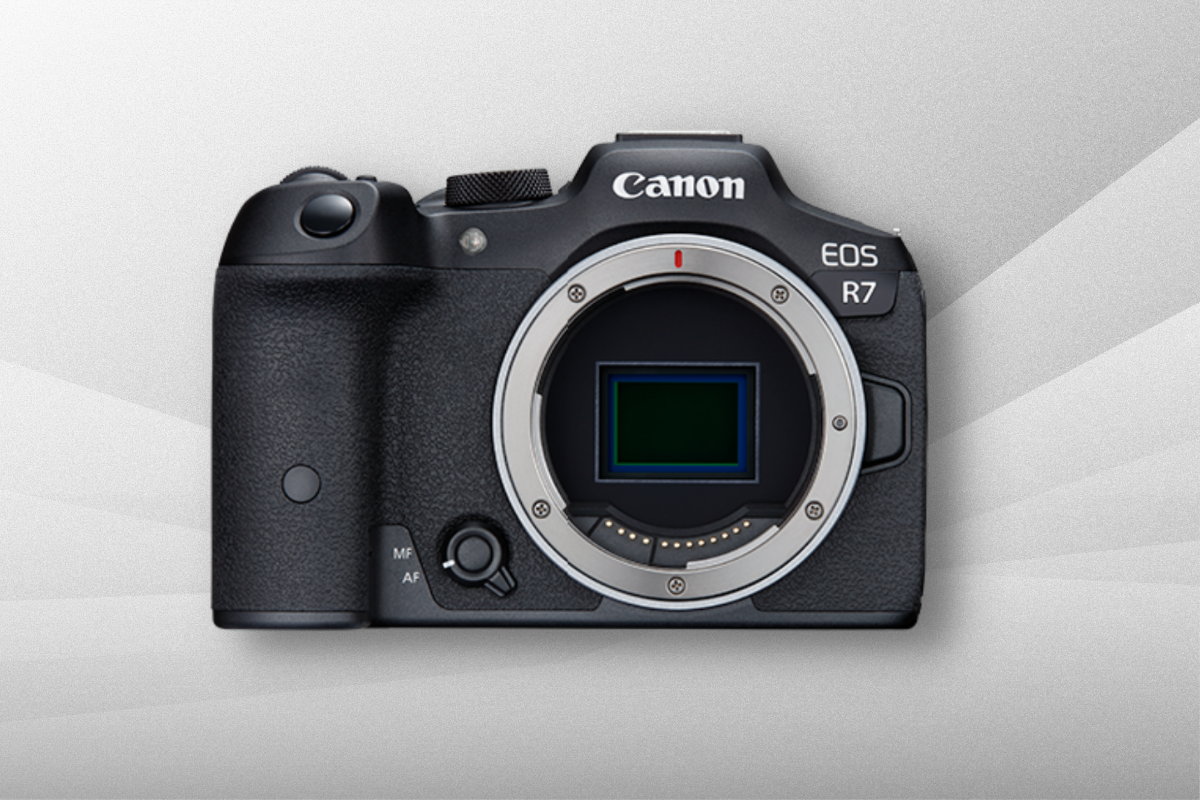 Perhaps the closest comparison for the R7 would be the classic 7D line of DSLRs. This camera is equipped with a newly developed 32.5MP APS-C sensor, including Canon’s now-ubiquitous Dual Pixel CMOS AF II tech, that is able to shoot at up to 30 fps with an electronic shutter. These features revived the 7D’s heritage of being a sports and wildlife shooter’s go-to choice. Plus, there are some modern additions that make the R7 an evolution.

One feature found in Canon’s mirrorless systems is in-body image stabilization, which makes its return here with the ability to compensate for up to 7 stops with coordinated control IS using compatible lenses. Dual Pixel CMOS AF II is inherited from the flagship R3, benefitting from advanced subject detection for people, dogs, cats, birds, and vehicles.

Video is no slouch either, with a maximum recording rate of 4K at 60 fps. It’ll do 4K at 30 fps while oversampling the full 7K image area, too. For slow-motion recording there is Full HD at up to 120 fps. For those looking for more advanced recording, Canon has equipped the R7 with the Canon Log 3 profile and eliminated the 30-minute recording limit.

This body, while similar to the existing R5 and R6, has been slimmed down. Canon retained a decent grip and gave it a fully articulating 3.0" screen. The R7 does offer dual SD card slots for backup recording. A change has been made to the rear button layout. Canon has added a dial and joystick to the right of the EVF. Additionally, the hot shoe is the new multifunction shoe that supports many accessories.

The R7 is a great camera for those looking to expand their photographic capabilities, whether that means everyday shooting and travel or as a key option for wildlife and sports. 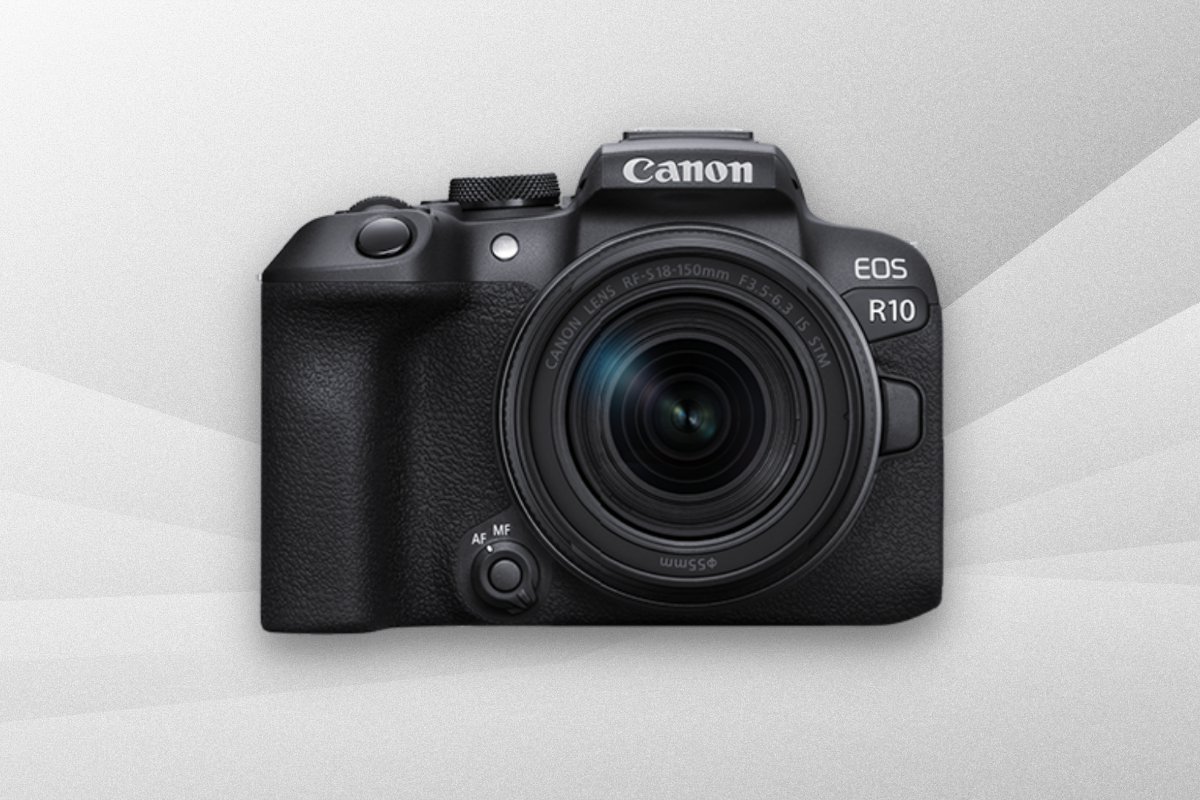 The EOS R10 is a smaller camera that is optimized more for content creators. It has a 24MP APS-C sensor along with Dual Pixel CMOS AF with much of the subject detection tech from the R3. It also offers 15 fps shooting with the mechanical shutter with a boost of up to 23 fps with the electronic shutter. It is an impressive set of features for such a camera.

As for video, the R10 is capable of 4K recording at up to 30 fps and does not have a 30-minute recording limit.

Alongside these two new APS-C camera bodies is a pair of two new kit zooms to accompany them. For those looking for a small starter lens, the RF-S 18-45mm f/4.5-6.3 IS STM will do the trick. It will retract when not in use to make it easier to fit into an everyday bag. Designed for APS-C sensors, it provides an equivalent focal length range of 29-72mm. These lenses can even be used on full-frame cameras set to crop mode. The STM AF motor is smooth, fast, quiet, and is optimized for stills and video. Plus, the built-in Optical Image Stabilization system offers 4 stops of correction or 6 stops of Coordinated IS.

If you want a little more reach from your kit lens, that is where the RF-S 18-150mm f/3.5-6.3 IS STM is your huckleberry. This has an equivalent range of 29-240mm to cover practically any everyday shooting situation. It is similar in feature set to the 18-45mm with built-in IS and an STM AF system. The stabilization on this longer zoom will provide up to 4.5 stops of correction on its own or up to 6.5 stops in Coordinated IS.

Either of these lenses will make a great first choice for users looking to pick up either the R7 or R10.

Are either of these cameras on your wish list? Anything you still need to know? Ask us or express your opinion in the Comments section, below!

This is exactly what I want out of Sony's APS-C camera line. Hoping they announce their next gen of cameras, soon. I'd go for the R7, but I'm pretty invested in Sony APS-C glass.

It has been a minute since we have gotten a new APS-C Sony camera. I'm just as curious as you are about the potential options there!

I have been waiting for this. I upgraded recently from m43 to first a Canon M6 mk2 and then a Canon R6.  Finally making the leap to a larger sensor.  Love the R6 but the overheating concerns me and now that I'm slowly investing in RF glass I wanted a good affordable backup/second camera option for video. The RP and R just had too many video compromises. I also miss the extra telephoto reach for wildlife photos and video I had on m43. I really liked the Canon M6 mk2 but the m mount line seemed to be on its way out and the 4k video was not perfect.

The R10 seems like a great affordable second camera to compliment my R6. Great 24mp photos with the extra 1.6x crop when I need a bit more telephoto and really good 4k HDR PQ 10bit 4:2:2 up to 30p full sensor to match my R6 which shoots the same format. I really love Canons HDR PQ video mode vs log. I edit in FCP and its HDR grading and support is super simple. HDR PQ on Canon allows me to shoot much higher dynamic range video without the hassle of log grading. I get that great out of the box Canon look, clean 4k details but the full DR the camera is capable of. At least on the R6 I'm getting about 500 nits of HDR straight out of the camera which is really good to support a much wider range of cameras. The R6 and R10 together will be a nice set of cameras without breaking the bank by having to purchase a second R6. Plus I get 1.6x longer use out of my lenses now without the MP sacrifice of cropping on the R6.

No IBIS like the R7 but as a second video camera it will likely be locked down anyway.

Finally the R10 could be a great gimbal camera thanks to its lighter weight and size. The R6 and my Pocket4k are a bit large for my gimbal. The M6 Mk2 was the perfect size but its 4k video was pixel binned and soft and 8bit only so not what I really wanted. The R10 now solves all of that for 24p and 30p. All my lenses will be tighter but I just picked up a RF 35mm f1.8 which will be more like a normal lens on the R10 and could be a really solid gimbal setup for me. Hopefully we will get an affordable 24mm RF option soon or a wider RF-S fast lens option in the near future. I'm not as much a fan of ultrawide so 35mm FF equivalent on APS-C would be perfect for me for gimbal use.

Sounds like you have a plan laid out nicely. Glass is a good question though. You probably already looked at it but the RF 16mm (would crop to a 25mm equivalent on the R10) might be worth considering and is affordable.

When is the R7 expectd to be available?

The estimated ship date is shown on the following page:

Please note that any orders placed for the Canon EOS R7 will be filled on a first-come, first-serve basis and we will send a confirmation e-mail once the order has shipped.

Barry B.
1 month ago

The estimated ship date for both the EOS R7 and R10 is shown on the following pages:

Please note that any orders placed for the Canon EOS R7 and the EOS R10 will be filled on a first-come, first-serve basis and we will send a confirmation e-mail once the order has shipped.

If I am consider R7 vs the Sony A7 ... both will require an adapter to use my current canon lenses !  I am wondering is there any value is staying with Canon at this point ?

R7 is crop (APS-C) Sony A7 is full frame, although I presume you are not referring just to the original A7 (you must be talking about the 3rd or 4th version).  As a camera brand agnostic shooter, I can comment that if you have plenty of canon lenses, there is no reason to change brands. Canon cameras are equally if not better overall.  Simpler menus, great body ergonomics, good dynamic range, consistent image quality and great support from the factory. It all depends on what you use them for.

If you own a Canon EOS DSLR system, using the EOS R7 would allow to maintain a similar control layout to what you're already used to. As for adapting the lens, the Canon Control Ring Mount Adapter EF-EOS R, BH # CAMAEFRFCR can be used to adapt any current Canon EF/EF-S lenses you may already have. https://bhpho.to/2p9fLeL

Will the R7 be able to accept a grip as in the 7 Mark II?

As of launch there is no official grip solution available for the R7 or any indication of one coming later.

Robert B.
1 month ago

You will need the EF to EOS R adapter that Canon makes to use them.

All EF Canon lenses work with the R series (R, RP, R10, R7, R5, R3) as long as use the Canon EF to EOS R adapter. One adapter will do just fine. This is a seamless way to use EF lenses on R bodies. There are no compromises by using the adapter. All lenses will work just as originally intended.

If I'm looking to replace a previous point and shoot for scenarios like travel and use around the house with kids where I don't want to bring or bust out my 5D and 24-70, what mirrorless would you recommend?

In this case I would go with the R10 and the 18-45mm lens kit. It'll be nice and compact but give you a lot more control. Not quite a 5D, but I think you'll be happy with that.

Has anyone seen an actuation life estimate from Canon for the R7?

My current everyday lens is the Sigma 18-300. It works fine on my EOS 77D. But, will the Sigma work with Canon's EF to RF converter, or will I need to use something from Sigma should I buy an R7?

I see no reason why the Sigma wouldn't work with an adapter that offers electronic communication, either Canon's or a third-party offering. You should be fine with your existing lens, however for best performance you will find that with native lenses and picking up something like the 18-150mm announced here might have some advantages, especially in physical size. 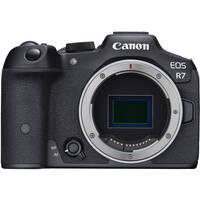 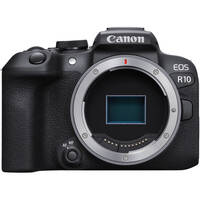 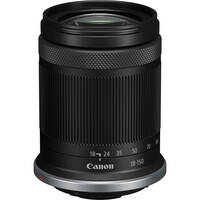 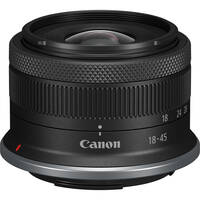 News
Tamron Announces the…
by Todd Vorenkamp
1 week ago
SaveLikeFacebookTwitterLinkLink