The Professional 1800x Gold Series is the newest line of high-performance SD cards from well-known flash-memory manufacturer Lexar. Rated above Lexar’s Silver Series, and slightly below its 2000x Gold lineup, the 1800x Gold Series is designed to handle the workloads of most creative professionals, including those working with 4K video and burst image capture.

Build quality isn’t the first thing people look for when shopping for SD cards, but it’s an important aspect all the same. After all, who cares how fast your card is, or how much storage it can hold, if it cracks the first time you drop it—which, undoubtedly, you will (we all do).

Fortunately, Lexar didn’t get to the top of the flash-memory game by putting out shoddy SD cards, and the 1800x Gold Series is just the latest example of why the memory manufacturer is held in such high regard. The Gold Series cards feature a nice black and gold design, with the Lexar logo, series name, and card capacity printed in bright white—all in all, a very clean aesthetic. 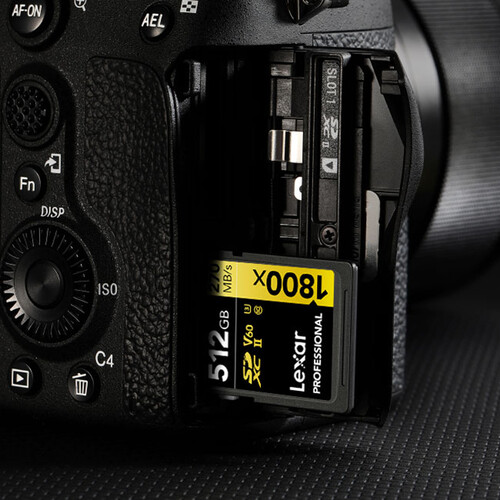 The build quality is also excellent, which is apparent the second you have the card in hand. No death from drops here. To enhance durability further, Lexar girded these cards with just about every safety enhancement possible, including resistance to water, extreme temperatures, vibration, X-rays, and, as mentioned, mechanical shocks caused by falls.

In case the durable design and safety enhancements weren’t enough, Lexar ships its Gold Series cards with a limited lifetime warranty, so even if you somehow manage to break one of these bulletproof bad boys, Lexar’s got you covered. Peace of mind: check.

Benchmark results of both the read and write transfer rates were fast and consistent. We repeatedly saw sustained write speeds between 175 and 180 MB/s, which are right in line with Lexar’s claims of up to 180 MB/s. Our tests recorded read speeds between 250 and 260 MB/s, which is slightly less than the 270 MB/s quoted by Lexar, but it’s close and still very fast.

While they aren’t the cheapest cards in their category, the 1800x Gold cards do provide a solid mix of performance and capacity for the price you pay. Throw in the excellent build quality and Lexar’s limited lifetime warranty and you’re talking about a reasonably priced SD card with great overall value. 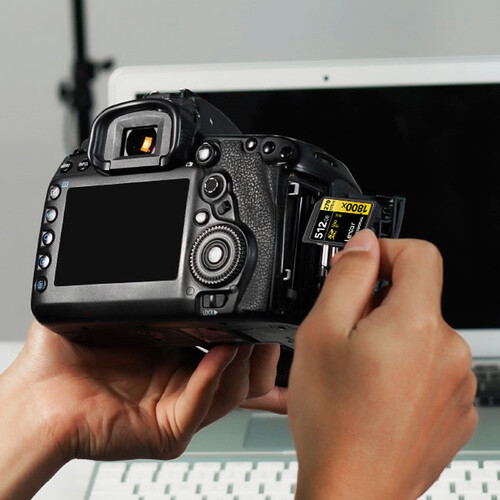 Lexar’s 1800x Gold Series is yet another reason why the flash-memory manufacturer is held in such regard. Delivering reliably fast transfer speeds, a durable build, and Lexar’s nigh-unbeatable limited lifetime warranty, the 1800X Gold Series definitely gets our endorsement. 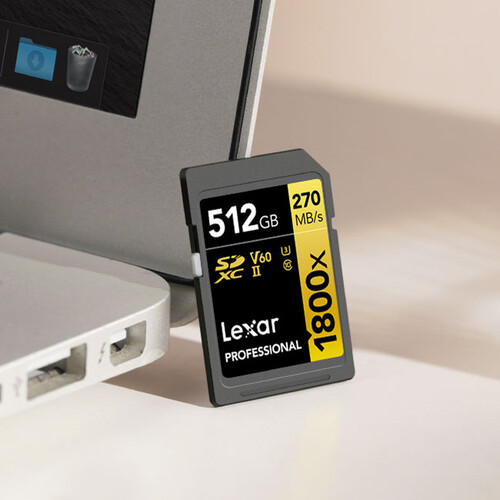 We should note, though, that these are not the fastest cards Lexar offers—that would be the 2000x Gold Series. However, the 1800x Gold Series should serve the needs of creative professionals who rely on well-made and consistently fast SD cards as part of their workflow.

Do you use Lexar Gold Series cards as part of your workflow? Let us know your recommendations for SD cards and which applications you think they are best suited for. 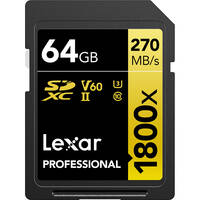