Why the Sony a1 is an Incredible Flagship

A flagship is the premier model of a brand’s lineup. It’s considered to be the best, most important product of a series and boasts the strongest offerings of features and design. In Sony’s case, for the Alpha line, the flagship model is the a1. The a1 is undeniably the flagship Sony mirrorless camera, but what really distinguishes it from the other strong contenders in Sony’s lineup? What separates the a1 from the pack?

The short answer is the a1 combines many of the assets of the individual cameras from the a7 and a9 lineups into a single body. It has especially strong video capabilities that rival the a7S cameras, competing high resolution from the a7R series, and the speed of the a9 line. The a1 stands out because it is so well rounded, especially when compared to the more specialized a7 and a9 cameras.

The a1 also stands out as a modern flagship because it has such strong photo and video specs. It’s a true all-rounder, which makes sense considering that it’s common for professionals to work with both media. And essential to supporting top-end, all-around performance is a 50.1MP Exmor RS full-frame sensor. Developed for the a1, this sensor has a stacked, back-illuminated design, meaning it excels in low-light conditions and offers some of the fastest readout speeds of any camera available. Coupled with the BIONZ XR processor, some of the standout specs of the a1 include 30 fps shooting with AF/AE and a 200-frame buffer, 8K 30p and 4K 120p video recording, and fast readout speeds that greatly reduce rolling shutter distortion. 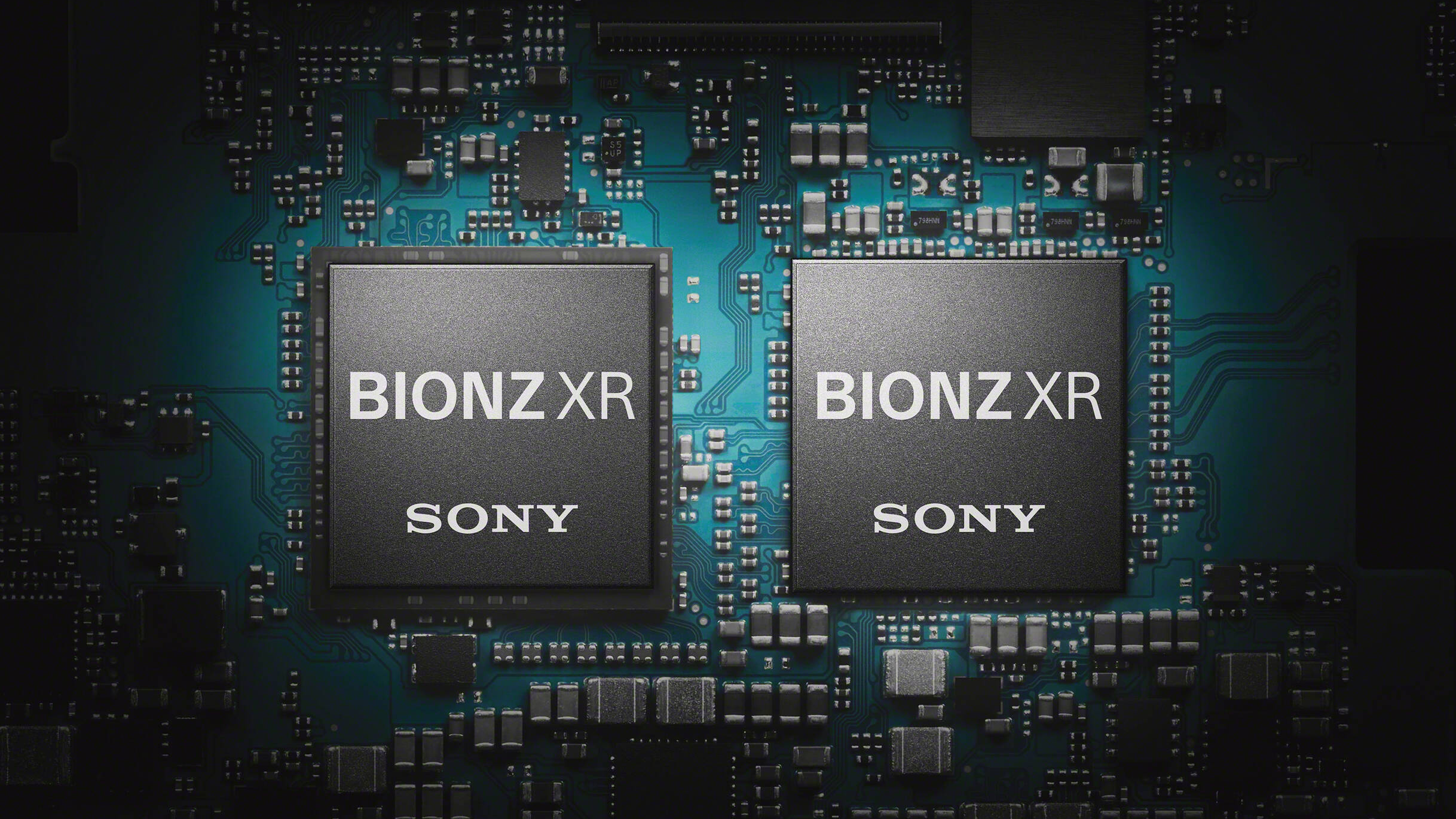 The speed of the a1 is one of the assets that distinguishes it from other Alpha cameras. The top continuous shooting spec of 30 fps is, of course, impressive, but equally robust tests of the camera’s processing speed include the 8.6K oversampling for 8K recording, 4K recording at 120p, and unlimited recording times. The processing also affords standout features such as a 240 fps refresh rate in the viewfinder, 120 fps AF/AE calculations, and even the ability to sync flash at up to 1/200-second with an electronic shutter, or 1/400-second with the mechanical shutter. The a1 has an abundance of speed and power to benefit the photo and video ends of the shooting spectrum, which can be used to buffer continuous recording for stills and video and allows for high-resolution recording. But even when the recording demands aren’t so high, the camera’s speed still allows for significant AF, AE, and viewfinder capabilities. 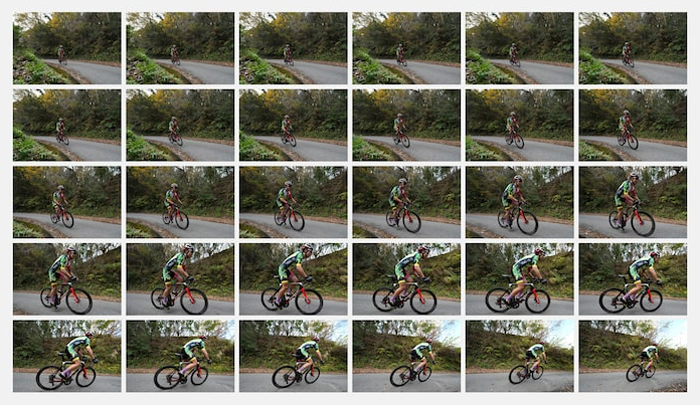 Diving into the autofocus system a bit more, a Fast Hybrid AF system covers 92% of the sensor area. Using 759 phase-detection points and 425 contrast-detection areas, this system is known for its responsiveness and sensitivity, down to -6 EV. As mentioned above, AF readings can be made at up to 120 fps to keep up with the fastest subjects and quickest shooting methods of the a1; it uses Real-time Tracking for AI-based subject detection. It’s one thing that the a1’s focusing system can move and react quickly, but the Real-time Tracking and Real-time Eye AF modes are what make the a1 so useful and invaluable for recording sports, live events, and wildlife. The Eye AF tracking can even be used at such precise levels to detect and track the eye of a bird in flight. 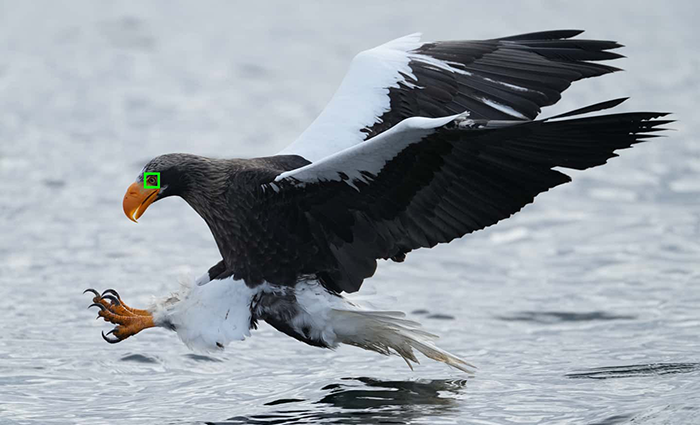 A contemporary flagship needs to be versatile, and in the mirrorless realm, that means the camera needs to be a strong photo and video camera. The a1 does double duty with ease, flexing video capabilities such as 8K 30p with 10-bit 4:2:0 sampling and 4K 120p with 10-bit 4:2:2 sampling. If using a Super 35 recording area, 4K footage can use 5.8K oversampling for improved detail and the full-frame area offers 8.6K oversampling for the 8K footage.

Beyond just the highlight video specs, the a1 solidifies its place as a professional video tool with some of its more nuanced recording details, such as the inclusion of the S-Cinetone profile from higher-end cine cameras like the FX9, or the cine-specific Alpha model, the a7S III. Another asset for pro-grade output is the inclusion of ProRes RAW recording, which sends a 4.3K raw video signal up to 60p over full-size HDMI to a compatible Atomos recorder. The 16-bit linear raw video signal that the Atomos recorder encodes as a 12-bit log raw file retains essentially all the data for incredible flexibility during post-production.

The final key ingredient to a flagship camera is the physical design. In the a1’s case, it’s a no-holds-barred design that blends seamlessly into Sony’s mirrorless ecosystem. Looking at the viewfinder, the a1 jumped a few pegs in EVF design and added a 9.44m-dot OLED finder to the camera, which offers large 0.9x magnification, blackout-free viewing, and up to a 240 fps refresh rate. This is peak resolution, peak magnification, and peak viewing fluidity, offering a realistic and natural monitoring experience. On the rear of the body is a 3.0" 1.44m-dot tilting touchscreen LCD; it’s not a vari-angle design, but the tilting mechanism does benefit working from high and low angles. 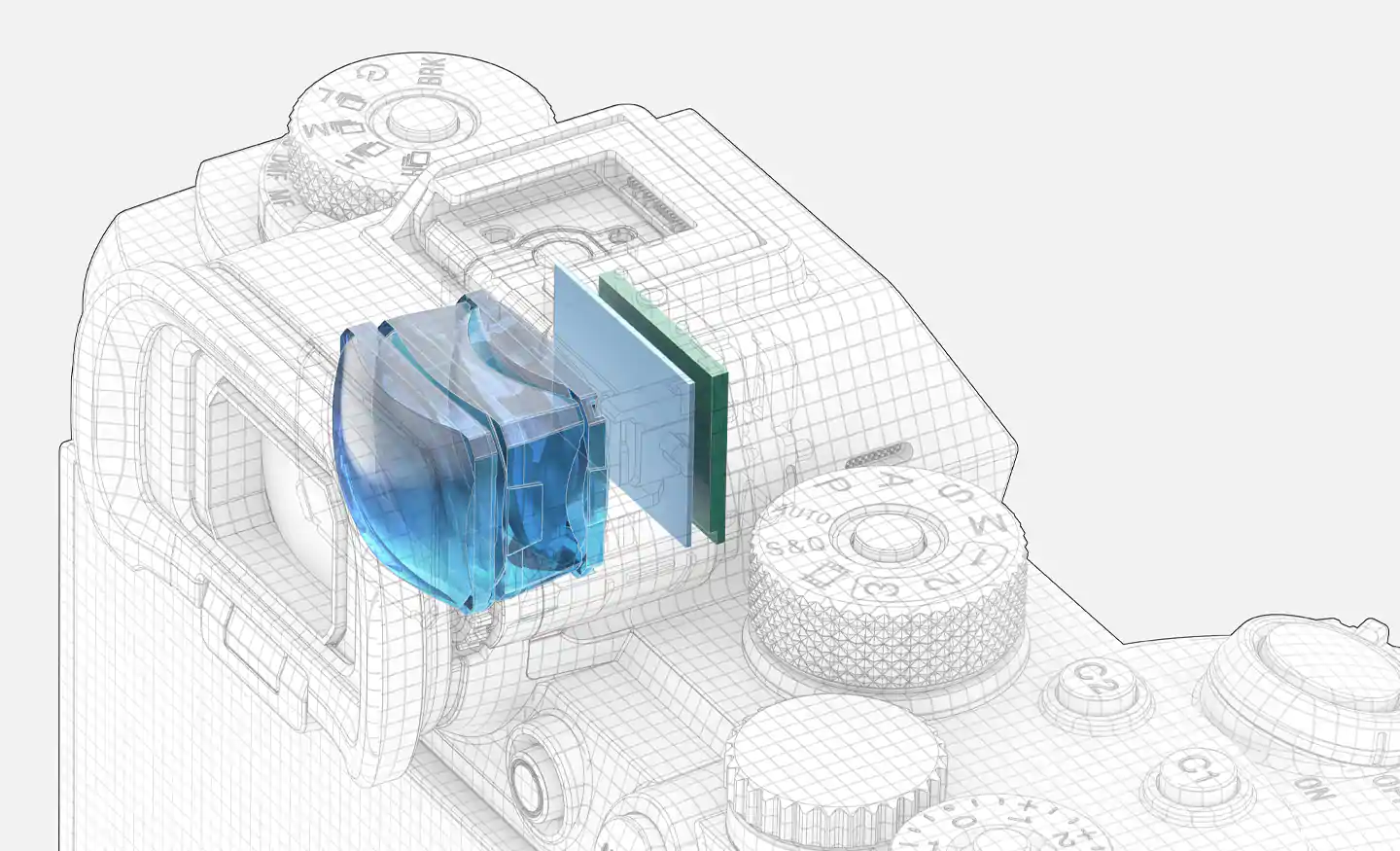 Outside of the EVF and LCD, the body has been refined with an updated dual memory card slot, with each slot accepting either an CFexpress Type A or a UHS-II SD card. The a1 is one of few current cameras to accept the burgeoning CFexpress Type A card format, which offers a unique balance of compactness and speed, and is an ideal choice for the video and continuous stills capabilities of this camera. The small card format also means the dual slots can share a memory type instead of splitting the slots and needing to use two separate memory card forms. 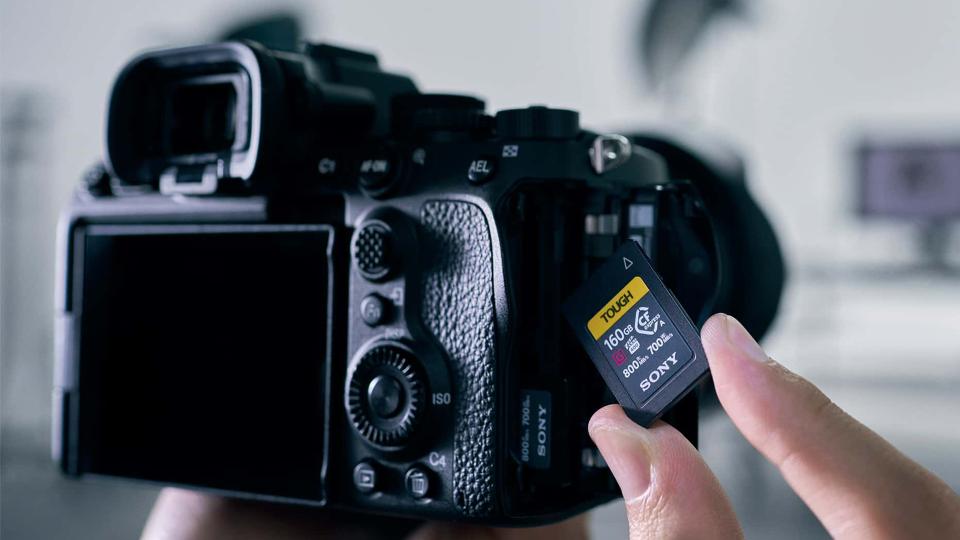 Rounding out the a1 are some connectivity and interface details. The camera essentially has all the ports you need: USB 3.2 Gen 2 Type-C, 1000BASE-T Ethernet, Multi-Interface Show, and a full-size HDMI Type A port. There are Bluetooth and Wi-Fi for wireless, of course, and the Wi-Fi has been upgraded to 2x2 MIMO for faster, more reliable transfers.

How Does the a1 Compare?

We’ve reviewed the a1’s specs, but how does it compare to other cameras in Sony’s Alpha lineup? A flagship, historically, has been the camera that draws in professional users and ticks the most boxes for usability and versatility. 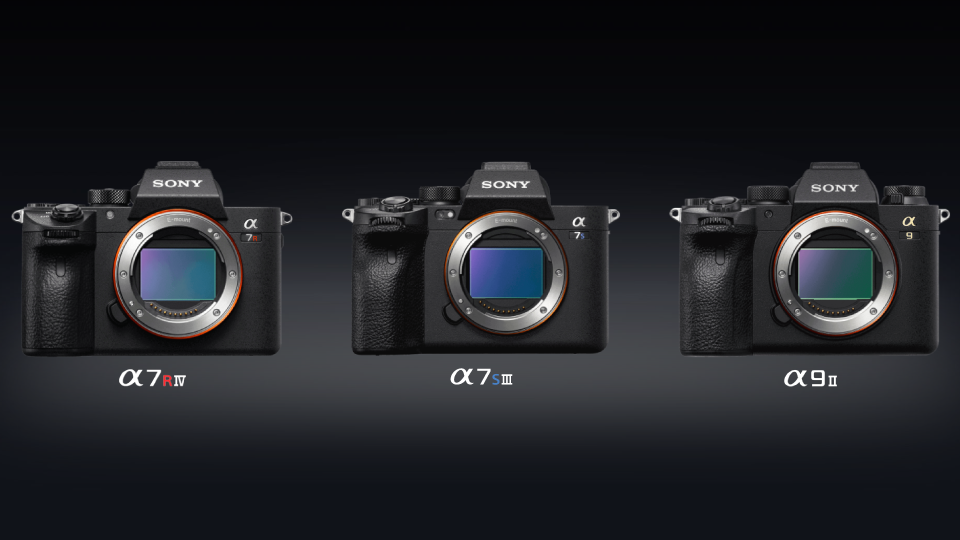 You can see how Sony has positioned the Alpha lineup and how the a1 has earned its flagship title: the a7R IVA excels in resolution, the a7S III in low-light and video, the a9 II in speed and connectivity… but the a1 is the king of them all. It’s the camera you’d choose if you need the performance of the other three models in one body—the camera that can transition seamlessly from a video shoot one day to a sports event the next to a landscape or portrait shoot the following. Considering how being a working image-maker nowadays has shifted into being less specialized and more multimedia, it only makes sense that Sony’s flagship a1 does the same.

What do you think of the a1? Are you keen on the idea of a well-rounded flagship, or do you appreciate the more niche-oriented, specialized camera models? Let us know your thoughts in the Comments section, below.

The technical features and unparalleled design are enough to leave you speechless. But how can anyone afford the these cameras? I feel like I am being priced out of photography.

Conversely, you might also consider how good entry-level cameras have become over the years and how relatively little money can get you a truly impressive camera nowadays; something that far exceeds the capabilities of a high-end camera from several years ago. Regarding the a1, it's one of those instances where the marginal (or sometimes significant) gains it has over other Sony cameras add up to a pretty significant overall difference; lots of little improvements become something quite significant in the end.

Grow a set of balls and take A74 money and lay it on roulette and Jesus will reward you with the Alpha 1 if you are a believer... 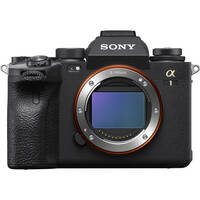 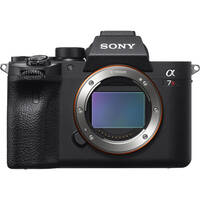 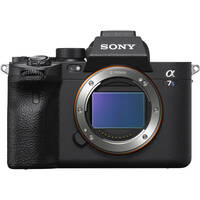 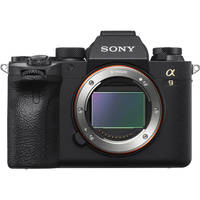