An Introduction to Sony G Master Lenses for Portraits

Since its launch in 2016, the G Master series has grown to include an impressive range of high-performing lenses for portrait photographers using Sony mirrorless cameras. Whether your priority is speed, flexibility, or bokeh, Sony has options. This article covers some of the most popular choices from the G Master series for photographers looking to elevate their portraiture with the best glass Sony has to offer.

The FE 85mm f/1.4 GM was the first fixed focal length G Master lens released by Sony and continues to be a favorite among photographers who desire a sharp, bright prime for portrait work. Excellent for headshots, lookbooks, and everything in between, its focal length exists at a classic sweet spot for nearly any type of portraiture. With an f/1.4 maximum aperture, it is the fastest telephoto lens from Sony to date, excelling in low- light situations while offering the ability to separate subjects from their surroundings with surgical precision.

Sony introduced several features for this lens that would become standard issue for future G Master primes, including a de-clickable aperture ring, on-lens AF/MF switch, customizable focus hold button, and a dust- and moisture-sealed housing. Optically, it consists of 11 elements arranged in 8 groups. One extreme aspherical (XA) and three extra low dispersion (ED) elements work together to minimize aberrations and maintain sharpness. Image rendering further benefits from a Nano AR coating that attenuates flare, ghosting, and other distortions. A Linear SSM (Super Sonic wave motor) keeps focusing fast and quiet, despite the relative bulk of its optics. This is the lens that set the bar for future primes in the G Master lineup and helped establish Sony as a producer of top-tier glass.

Sony’s second portrait-length G Master prime, the FE 100mm f/2.8 STF GM OSS, includes two features absent from the 85mm: Smooth Trans Focus (STF) and Optical SteadyShot (OSS). The in-lens stabilization offered by OSS is a welcome addition for any photographer shooting handheld, and especially for portrait photographers whose work extends beyond the controlled lighting of a studio environment, where slower shutter speeds may be required to get the shot.

The more niche feature of this lens is Sony’s STF technology, which centers upon the incorporation of an apodization element into its optical configuration, dramatically softening the edges of out-of-focus areas. The tradeoff for this effect is speed, with the lens dropping to the equivalent of a maximum transmission of T5.6. Ultimately, whether this effect warrants the loss of light will depend upon the photographer. Shooting with a controllable light source (e.g., strobes) will mitigate this loss of light, allowing the full creative possibilities of this lens to shine. Note in the images above how flowers are transformed into soft orbs of color when shot at close range and out of the focal plane.

This lens is also an appealing choice for photographers who want to get close to their subjects. The 100mm features a macro switching ring that allows you to select between 1.9–3.3' or 2.8' to infinity to simplify focusing. A magnification ratio up to 0.25x is attainable when working at its closest range for near-macro rendering. A Direct Drive Super Sonic wave motor provides quick and quiet autofocusing while also permitting smooth, intuitive manual focusing. While somewhat of a niche lens for its optical effects and slow speed compared to the 85mm, the 100mm has garnered a dedicated fan base among portrait and macro photographers alike.

The fastest Sony lens to date, the FE 50mm f/1.2 GM achieves razor-sharp focus that melts away like butter when its aperture is opened up. Featuring the widest focal length of the lenses to make this list, it is most useful for full body, groups, and environmental portraits. When wide open, this lens can provide a seriously shallow plane of focus that is complemented by a rounded 11-blade diaphragm that produces smooth, circular bokeh.

Four XD Linear Motors generate the thrust required to maintain speedy autofocusing from the complex optical design (14 elements, 10 groups) of this lens. Three XA elements manage a variety of distortions while Nano AR Coating II offers an upgraded coating over the previous lenses, further reducing internal and external reflections when working under harsh lighting. A second focus hold button permits further customization of on-lens control. The widest lens to make this list, the 50mm works best in tandem with a closer option for portraits, or as a one-stop-shop for photographers whose work extends beyond portraiture.

On the opposite end of the spectrum is the FE 135mm f/1.8 GM Lens, a behemoth of a portrait prime best suited for close compositions, such as headshots, or opened up for wider compositions with significant subject-environment separation. Its rounded 11-blade diaphragm produces silky smooth out-of-focus areas while an advanced optical design (13 elements, 10 groups) delivers exacting focus where desired.

Capable of up to 0.25x magnification at a minimum focusing distance of 2.3 feet, the 135mm excels as a close-up lens. A focus limiting switch facilitates close capture, allowing you to choose 0.7–2m, 1.5m to infinity, or the entire range. Two customizable focus hold buttons further expand on-lens control capabilities. Despite the heft of this lens, autofocusing is fast and responsive, thanks to an XD Linear Motor system.

Unwilling to commit to a single focal length? The FE 70-200mm f/2.8 GM OSS is Sony’s premier choice for portrait photographers seeking a high-performing lens with flexible range. A tried-and-true favorite for wedding and event photography, this zoom easily transitions from group photos to close-ups without requiring a lens change. A constant f/2.8 maximum aperture provides consistency across its zoom range and rounded 11-blade design takes the edge off out-of-focus areas. Optical SteadyShot helps keep images sharp when shooting handheld despite the substantial weight (3.26 lb) of this lens. A rotating tripod mount helps center the lens when working with a monopod or tripod.

Which of Sony’s G Master lenses is your favorite for portraiture? Is there a lens you want to see added to the series? Share your thoughts in the Comments section, below! 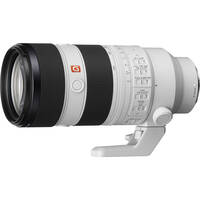 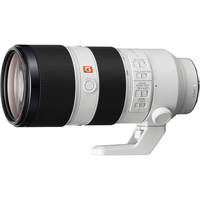 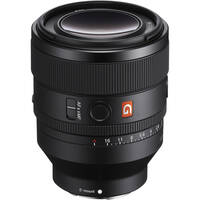 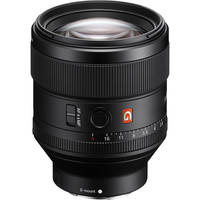 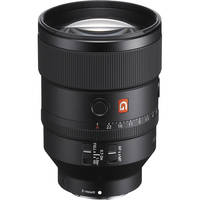 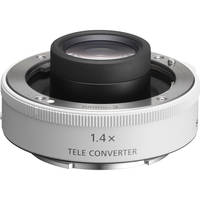 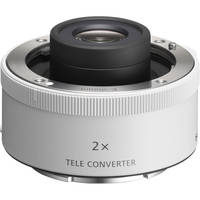