It is not that common for smartphones to be released at CES, but here we are at the start of 2021 with Motorola bursting out of the gate with a full refresh to its G-Series phones, with a new Moto G Play, Moto G Power, and Moto G Stylus. In addition to the trio of G-Series smartphones, Motorola released an upgrade to the Moto one 5G, with the Moto one 5G ace.

With this announcement, Motorola spreads all four phones across the entry-level and midrange smartphone categories. Starting with the company’s only entry-level offering, the Moto G Play, looks can be deceiving. For an entry-level phone, it has an impressive 6.5" Max Vision HD+ display with a 20:9 cinematic aspect ratio, the same aspect ratio as every other phone in the lineup. It also has comparable battery capabilities, with a 5000mAh capacity that can last for roughly 3 days. Its entry-level status lies mainly in its Snapdragon 460 processor and camera system. It is the only model with two rear cameras, a 13MP main and 2MP depth sensor.

Solidly into the midrange are the Moto G Power and Moto G Stylus. Compared to the G Play, these phones deliver better images, especially at night, with the use of quad-pixel technology. Motorola uses this for each of the 48MP main cameras. The company also upgrades the processor to a solid Snapdragon 600-series CPU. The G Power houses a Snapdragon 662, while the G Stylus has a Snapdragon 678.

Within this category, the G Power and G Stylus differ primarily in storage capacity and with the inclusion of a built-in stylus on the aptly named G Stylus. The G Power gives you a choice between 32GB or 64GB; the G Stylus doubles that to 128GB. The extra storage can be used for the drawings and notes you can create exclusively with the G Stylus. For those who desire those features and precision navigation, it is the only choice.

To accommodate stylus use, Motorola gave the G Stylus the largest screen of the bunch at 6.8", though the G Power’s display is still pretty sizable at 6.6". Rounding out photo capabilities, both have a 2MP macro and depth sensor, but the G Stylus edges out the G Power with a fourth lens: an 8MP ultrawide. The G Stylus comes out ahead on the front of the phone, too, doubling the G Power’s 8MP camera with a 16MP option that also incorporates quad-pixel tech.

Outside of the G-Series is the Moto one 5G ace, sitting alone at the upper end of the midrange tier. Compared to the G Stylus, it has a fractionally smaller screen at 6.7" and has the same rear/front camera system, minus the 2MP depth sensor. However, it more than makes up for that in speed. The fast Snapdragon 750G processor and support for 5G Sub-6 networks gives demanding users the ability to enjoy smoother online mobile gaming and video content streaming at up to 4K.

If one of your New Year’s resolutions is a phone upgrade, you can find the entire lineup of new 2021 Motorola smartphones at B&H. Enjoy impressive mobile entertainment capabilities while saving money with the Moto G Play. Give yourself more mobile photography options with the Moto G Power. Utilize the versatility that only a built-in stylus can offer with the Moto G Stylus. Or you can take the leap into 5G speeds with the Moto one 5G ace.

Which one will you choose? Let us know in the Comments section, below.

Why would Motorola make a new Moto G Stylus, bigger screen, nice camera specs, etc and not add the bigger battery and the new 5G system for speed?? Also will it have Android 11?

Still waiting for the Android 11 to be added to my 2020 moto g stylus.

Can I exchange my present motorola phone model Androidversion 7.0 with a new cell phone 5g if so what will be the price

We do not offer an exchange program currently.  You may be interested in selling your used MOTO phone to our B&H USED department:

Fill out and submit the online quote form. You will get a preliminary quote which you can choose to accept or decline. If you accept, we will send you an email with the quote and instructions for sending us your equipment. Or visit our Used & Collectibles Department at the New York SuperStore. We will inspect your equipment and give you a check or credit immediately. (Audio and video equipment that is dropped off at our SuperStore has a 48-72 hour inspection period.)

Easily generate a quotation and receive an instant offer for most products.

With our simplified 3 step process trading in your product has never been easier.

We give you the highest value whether you choose Cash or Store Credit.

Shipping is on us! with our easy & print friendly shipping label.
(*Available for the contiguous "lower-48" United States only.)

Other Ways to Sell Your Items to B&H: 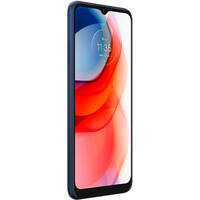 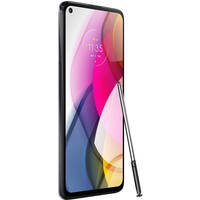