September is here, which means it’s once again time for Apple’s annual keynote event. This year, the tech giant made several exciting announcements, including the iPhone 13, an all-new iPad mini, Apple Watch Series 7, and more. Check out all the products that were announced.

Apple kicked things off with the upgraded 9th generation iPad. This latest iPad features a 10.2" Retina display with True Tone, powerful A13 Fusion chip (which will allow the new iPad to run twice as fast as many of the top-selling PCs), and a new Neural Engine-enabled 12MP Ultra-Wide front-facing camera that delivers the Center Stage experience to iPad users. The 9th generation iPad is optimized to work with the latest iPadOS and offers a full catalog of multi-tasking tools and features, including storage options that are double that of the previous generation.

Apple unveiled a major update to its iPad mini line, which is now less “mini,” thanks to its new 8.3" Liquid Retina display. The upgraded mini also includes Apple’s powerful new A15 Bionic chip, which makes the most capable iPad mini ever. How capable? According to Apple, the new iPad mini offers 80% faster performance than the previous generation—that’s a lot.

As expected, the new Apple Watch Series 7 also debuted at this year’s keynote. The newest model features a new, nearly edge-to-edge Always-On Retina display that’s bigger, brighter, and, according to Apple, supports 50% more text on the screen. Despite the larger watch face, Apple claims the new Apple Watch is now crack resistant and, for the first time ever, features an IP6X rating. Its battery life remains solid at around 18 hours, but its charger now uses USB-C and yields a 33% faster charge rate.

Tim Cook and co. closed the show with Apple’s latest flagship smartphone family of devices, the iPhone 13, iPhone 13 mini, as well as the iPhone 13 Pro and Pro Max models. The standard iPhone 13 is the direct successor to last year’s iPhone 12 family and looks to build upon the world’s most popular smartphone by introducing several exciting new features.

For starters, the iPhone 13 features the same sleek, flat-edge design with a Ceramic Shield front display. It’s also rated IP68 for water resistance, so it can survive dunks, spills, and inclement weather. Most notable is the new look for the rear camera, with lenses arranged diagonally now.

The iPhone 13 also features Apple’s new A15 Bionic Chip, which according to Apple, is the “Fastest CPU in any smartphone” and up to 50% faster than the leading competition. The new 16-core Neural Engine can perform a staggering 15.8 trillion operations per second with the use of 5nm technology with nearly 15 billion transistors.

The iPhone 13 boasts a ton of feature upgrades, including a smaller “notch” on the front display now that the TrueDepth camera has been reengineered to be 20% smaller. Both the 13 and 13 mini have a 28% brighter Super Retina XDR display featuring 1200 nits peak brightness as well as better battery life performance. Most users will get 1.5 hours more battery life on the iPhone 13 mini, compared to the 12 mini. The iPhone 13 delivers up to 2.5 hours more than the iPhone 12.

Video also gets some upgrades, thanks to a new Cinematic mode that can utilize a rack mode with rapidly changing depth of focus. It can blur backgrounds much like Portrait mode photos. Cinematic mode shoots in Dolby Vision HDR.

The iPhone 13's and iPhone 13 mini's biggest upgrade comes in the form of camera design, with advancements in hardware and computational photography that deliver stunning photos and videos. The new Wide-angle camera comes with a 1.7-micron sensor and f/1.8 aperture and is capable of gathering 47% more light and less noise. Ultra-wide delivers even better photos with the sensor-shift technology, which was previously only available on the iPhone 12 Pro models.

Following tradition, a pro version of the iPhone 13 is available as two separate iterations: the iPhone 13 Pro and iPhone 13 Pro Max. Both models feature the same upgrades found on the standard 13 but also introduce an all-new Super Retina XDR display with ProMotion featuring an adaptive refresh rate from 10Hz to 120Hz, for fast frame rates when users need it and the ability to preserve battery life when not in use.

The iPhone 13 Pro and Pro Max also received upgraded rear cameras with an all-new Wide camera with larger sensor with 1.9-micron sensor for less noise and faster shutter speeds needed across a variety of lighting conditions, producing even more detailed photos. Coupled with the larger f/1.5 aperture, the Wide camera on the iPhone 13 Pro and iPhone 13 Pro Max offers a massive improvement in low-light photography. Sensor-shift optical image stabilization (OIS) is available on both models, stabilizing the sensor instead of the lens, so images are smooth and video is steady, even if the user is not.

All of Apple’s new devices are also compatible with last year’s and current MagSafe accessories, including the MagSafe wallet with Find My support.

Did anything from this year’s keynote catch your eye? Let us know what you thought about all the Apple product announcements, below in the Comments section. 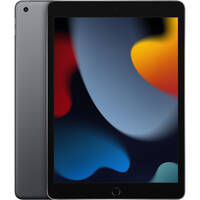 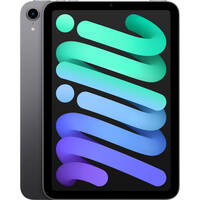 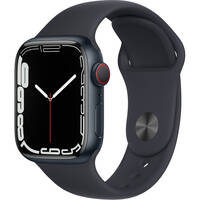 News
Sennheiser Releases the…
by John Foldi
16 hours ago
SaveLikeFacebookTwitterLinkLink