Picture a projector. What kinds of images come to mind? School slideshows, a box hanging from the ceiling, and archaic connectivity like VGA? Maybe a rolling cart with a projector on top, loudly blowing air into your face? With its ultra-short-throw design, dual HDMI ports, and Wi-Fi connectivity via the included Android TV adapter, the BenQ V7050i will quickly dispel all of those preconceived notions.

The V7050i has a 0.252:1 throw ratio, allowing for a 90" image to be created with the projector just 1.65' from your screen or wall. It is primarily designed to be placed on a tabletop or other piece of furniture up against the wall where you’ll be projecting, keeping fan noise and airflow away from you while also eliminating the need for a ceiling mount, which would be impractical for certain users, including apartment dwellers. Images from 70 to 120" can be projected by varying the distance from the projector to your wall or screen.

Like several 4K UHD projectors on the market, including other BenQ models, the V7050i uses XPR technology to project 4K UHD resolution onto your screen or wall. This technology uses the speed of the micromirrors on the (sub-4K) DMD (Digital Micromirror Device) to its advantage by shifting them so quickly that the human eye perceives the image as true 4K, similar to how refresh rate enhancement technologies in TVs add blank frames in-between action frames to reduce motion blur. While the native resolution of the DMD may not be 3840 x 2160, the human eye and brain aren’t quick enough to make the distinction, so you won’t be able to tell the difference. Additionally, the V7050i supports the HDR10 and HLG HDR formats, providing enhanced color and brightness to compatible content.

The V7050i uses a laser phosphor light source to output up to 2500 ANSI lumens of brightness to overcome ambient light in many home installations. This light source can last up to an estimated 20,000 hours, which equates to nearly seven years of use at eight hours a day—far longer than lamp-based projectors.

The V7050i has a lot of bells and whistles to offer, making it a good fit for just about anyone looking to project 70 to 120" images in a home setting. For many, it can take the place of an existing TV with its ultra-short-throw ratio, large image size, and smart TV functionality via the included Android TV adapter. As with any projector, though, the darker the room, the better your experience will be.

Is the BenQ V7050i right for you? Which feature is an absolute must-have, or is there additional functionality you’d like to see added? Join the conversation in the Comments section, below! 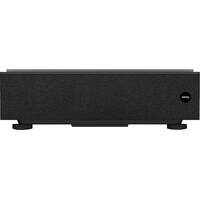