Optimized for PC and console gamers, as well as creatives, the Samsung 990 PRO SSD is designed for next-gen gaming and demanding productivity tasks, such as 3D rendering, 4K video editing, and more. The 990 PRO SSD features the PCIe 4.0 x4 NVMe 2.0 interface, as well as an 8nm controller. For fast performance, the 990 PRO delivers sequential read and write speeds of 7,450 MB/s and 6,900 MB/s, respectively. In addition, the 990 PRO SSD also achieves random performance up to 1,550K IOPS, which reduces loading times dramatically. The 990 PRO is also optimized for Microsoft’s DirectStorage API software technology, which enables compatible games to take full advantage of fast NVMe SSDs.

For efficient thermal control, there is nickel coating on the controller and a heat spreader label on the back of the SSD. Samsung Advanced Heat Dissipation technology keeps the 990 PRO at an optimal temperature during long gaming sessions to prevent performance loss. The 990 PRO with Heatsink model meets the PCI-SIG D8 standards, which is required for compatibility with desktops, gaming consoles, and laptops. 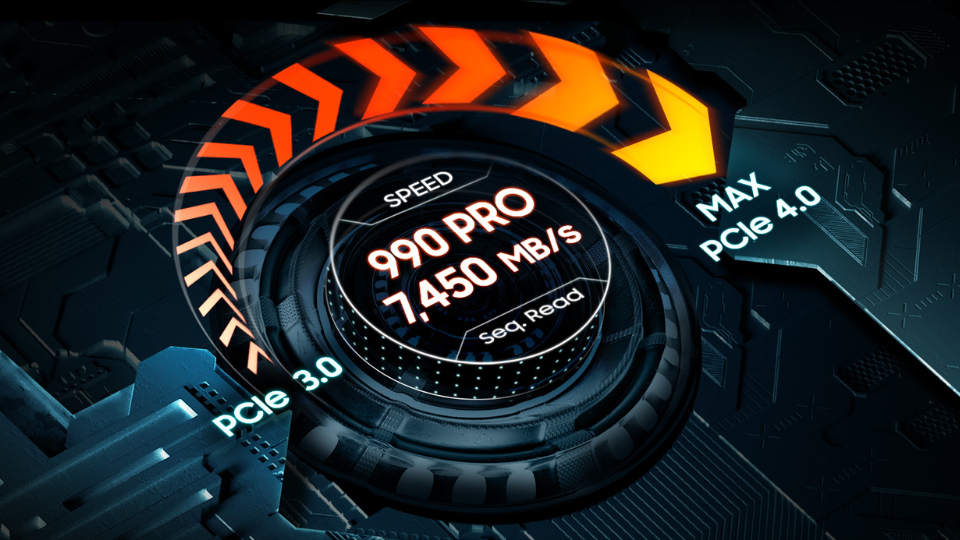 Sony PlayStation 5 owners will be happy to know that the 990 PRO SSD with Heatsink model allows them to increase their storage for games and media without sacrificing performance. The built-in heatsink helps keep temperatures down, allowing the 990 PRO to run optimally. If you’re a PC gamer, the 990 PRO with Heatsink model features a sleek design and RGB lights, which can fit the style of your gaming build. Use Samsung Magician software to customize the RGB color and effects. The software also allows you to view critical device health information. 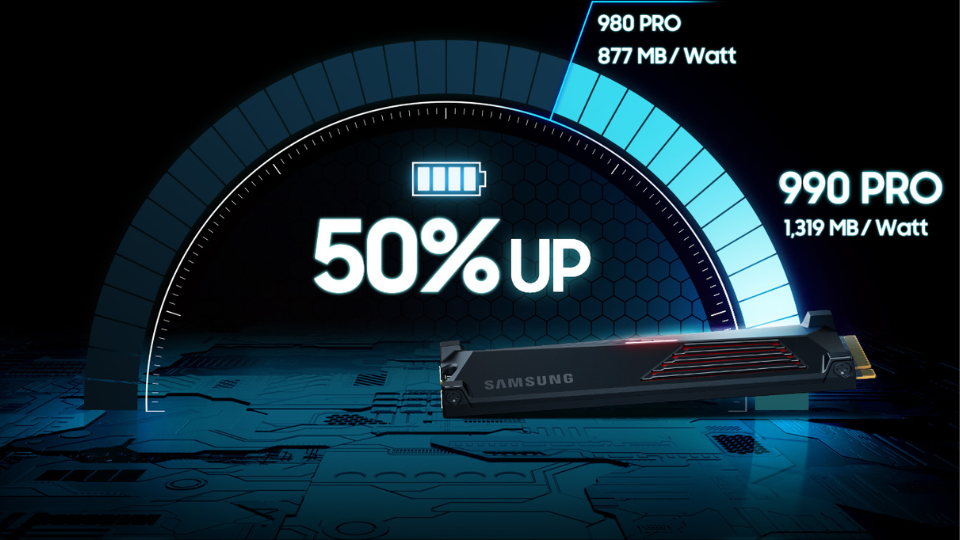 The 990 PRO SSD is available in 1TB and 2TB models. You can also get them with a built-in heatsink. Which 990 PRO SSD will you be getting? Let us know in the Comments section, below. 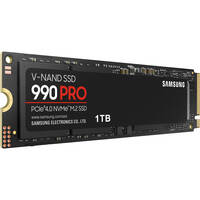 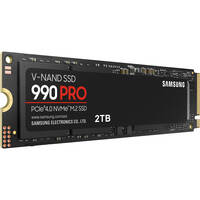 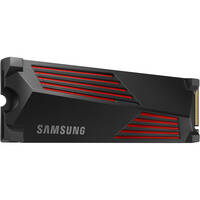