OWC has always had an impressive arsenal of products, which has recently expanded to include SDXC and CFexpress Type B memory cards, allowing the company to better serve a wider range of content creators and media professionals. Let’s take a deeper dive into OWC's latest releases and see which may be most suitable for you.

Designed for pro photo and video creatives, social media influencers, business content creators, and general prosumers, the OWC / Other World Computing's Atlas Pro UHS-II SDXC Memory Card is available in capacities of 64GB, 128GB, 256GB, 512GB, and 1TB. It takes advantage of the UHS-II bus to support advanced DSLR and mirrorless functions such as shooting high-resolution raw and JPEG photos, moderate photo burst sequences, and recording up to 4K video. It can achieve maximum sequential read speeds of up to 250 MB/s and maximum sequential write speeds of up to 130 MB/s, helping to ensure that your data is written quickly and efficiently. Thanks to its V60 speed class rating, minimum sustained write speeds are guaranteed not to drop below 60 MB/s.

Advanced photographers capturing sports, outdoor/wildlife, and videographers who need a card for increased speed and resolution will appreciate the Atlas Ultra UHS-II SDXC Memory Card. Available in capacities of 64GB, 128GB, 256GB, and 512GB, these cards can capture video up to 6K and are better suited to write raw photos and rapid shutter bursts more quickly, as its sequential read and write speeds respectively max out at 300 MB/s and 250 MB/s. These cards are also V90 rated, so minimum write speeds are guaranteed not to drop below 90 MB/s.

If you are someone who uses CFexpress Type B media, don’t feel left out. Atlas Pro CFexpress Type B cards are offered in capacities of 128GB, 512GB, 1TB, or 2TB for up to 6K high bitrate video and raw photo workflows. Sequential read speeds max out at 1700 MB/s, while sequential writes operate up to 1500 MB/s and minimum sustained writes of up to 400 MB/s.

For the highest-end shooters, who need the ultimate in speed to capture 8K raw video and raw photos, the Atlas Ultra CFexpress Type B lineup powers through tasks with read speeds of up to 1700 MB/s, write speeds of up to 1500 MB/s and minimum sustained write speeds of 1300 MB/s. This series is available in capacities of 165GB, 325GB, and 650GB, while also being officially approved by RED for use in its V-Raptor Cinema camera.

All CFexpress Type B cards support the CFexpress 2.0 and 1.0 standards. The 128GB and 256GB cards in the Atlas Pro lineup are compatible with XQD format cameras that have been updated to support CFexpress.

While the performance of the Atlas Pro and Ultra cards is noteworthy, OWC wasn’t content to stop there. All of these cards are resistant to bend, shock, X-rays, and support temperatures ranging from -13 to 185°F. The SDXC cards are also IP67 rated to be dust and waterproof, while the CFexpress Type B cards can withstand impacts, ESD, and UV rays. 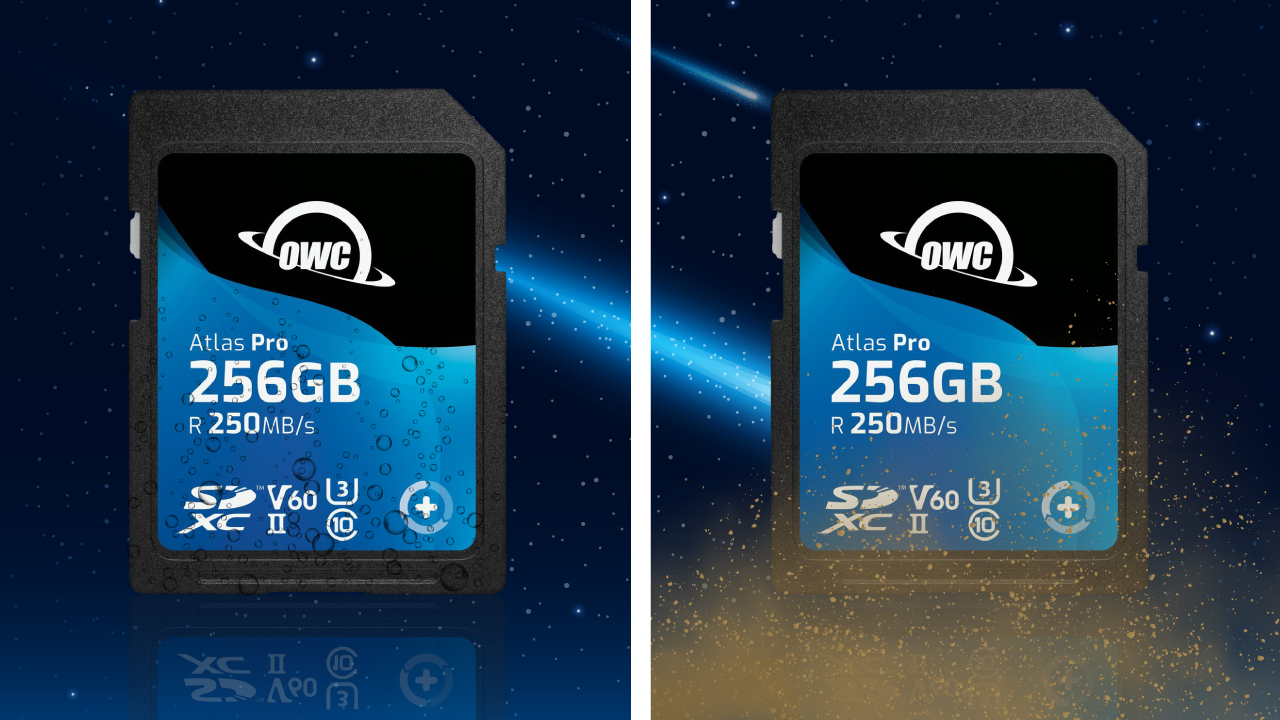 As a longtime user of OWC items, the Atlas series of cards has piqued my interest. It’s nice to see OWC expanding its offerings to include UHS-II SDXC and CFexpress Type B media.

With their max read and write speeds, as well as their minimum guaranteed write speeds, the Atlas Pro and Ultra cards are something that could give your workflow a boost. What do you think? Feel free to leave your comments below. 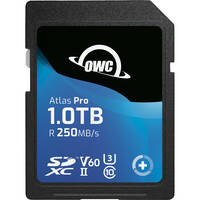 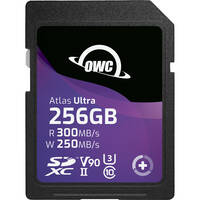 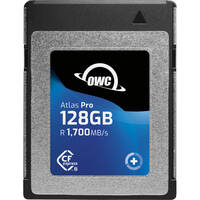 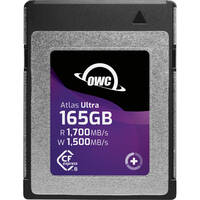