One of the biggest reveals was the new Surface Pro 8 2-in-1 tablet, which features an improved 13" PixelSense touchscreen display with thinner bezels and a 120Hz refresh rate. The Surface Pro 8 retains the detachable keyboard and hallmark kickstand that has helped make the Surface Pro series so popular, and adds plenty of additional welcome features, such as the inclusion of two Thunderbolt™ 4 ports and compatibility with the new Surface Slim Pen 2. The Surface Pro 8 is the first Pro tablet to be built on the Intel® Evo™ platform and will feature 11th generation Intel® Core™ processors. As expected, it will also be fully compatible with the soon-to-be-released Windows 11 operating system. Other features include a whopping 16 hours of battery life, a 10MP/4K rear camera, and so much more—ensuring the Surface Pro 8 is Microsoft’s most powerful 2-in-1 ever.

The other changes to the Surface lineup weren’t as dramatic as the reveal of the Surface Pro 8 and the Surface Laptop Studio but are still definitely worth mentioning. Microsoft’s most portable Surface, the Surface Go 3, for example, has been refreshed with 10th Gen Intel® Core™ processors, as well as an enhanced camera setup and bolstered audio performance. The ultralight, Wi-Fi-enabled Surface Pro X now includes optional Gigabyte LTE connectivity but is still equipped with a custom Microsoft ARM processor and is ready to go with Windows 11. This model marks the most affordable price point for the Surface Pro X line. The Surface Pro 7+, on the other hand keeps the same design of the Surface Pro 7 but features noteworthy upgrades like Intel’s latest processors and overall improved performance.

Speaking of noteworthy: the redesigned Surface Slim Pen 2 now features a haptic motor. When you use Slim Pen 2 to draw on the screen, there’s a subtle vibration that activates, simulating a natural notetaking or drawing experience.

You can order the Surface Pro 8, Surface Laptop Studio, Surface Go 3, and more, right now, at B&H. Check out our product pages for more details on each Surface device and be sure to let us know what you think of the announcements in the Comments section, below! 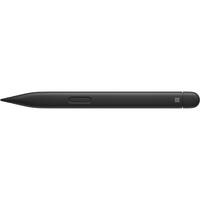 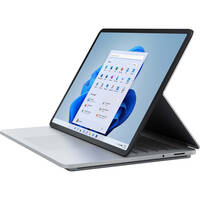 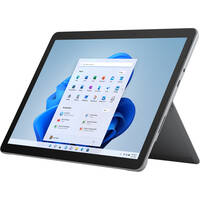