HP has released the 13.5" Elite Dragonfly G3 Multi-Touch Laptop, which is the successor to the Elite Dragonfly G2. The G3 has several major upgrades, including 12th-Gen Intel® Core™ processors with integrated Intel® Iris™ Xe Graphics, 4800 MHz DDR5 RAM, and a M.2 NVMe PCIe 4.0 SSD, all of which contribute to a significant performance boost. While the Elite Dragonfly G3 is more powerful, it keeps its slim, portable design, weighing just 2.2 pounds. It is also available with up to a 68Wh battery, allowing you to stay mobile.

The G3 also has a larger 13.5" display with a 3:2 aspect ratio instead of the previous 13.3" with a 16:9 aspect ratio on the G2. The 1920 x 1280 resolution provides more vertical space on the screen, making it easier to view Word documents, Excel spreadsheets, and more. Certain models feature greater 3000 x 2000 resolution, as well as a BrightView display, allowing the G3 to peak at 1,000 nits of brightness. For added privacy, some models offer an HP Sure View integrated privacy screen, making it harder for nosy strangers to see your sensitive information. 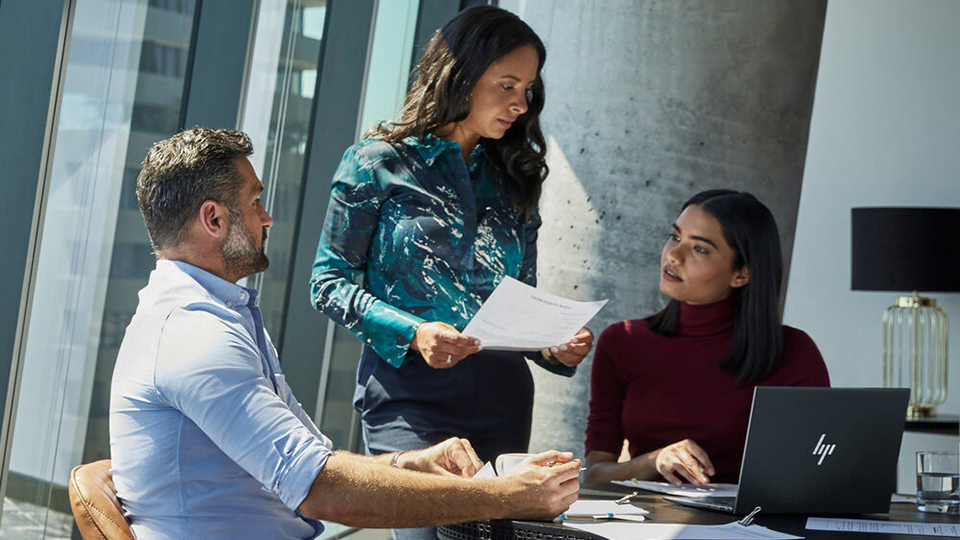 Stay connected with emails, projects, and more with Wi-Fi 6E (802.11ax). The G3 also comes with an improved 5MP webcam that utilizes HP Auto Frame, allowing you to move around a little without losing your coworker’s attention during video calls. Speaking of video calls, the audio is improved, thanks to HP Dynamic Voice Leveling and AI-based noise reduction 2.0. Certain models support 5G mobile broadband, so you can connect from anywhere (data plans sold separately from major providers). Bluetooth 5.2 allows you to connect peripherals and accessories wirelessly. For ports, the G3 offers two Thunderbolt™ 4 ports, a HDMI 2.0 port, and a USB Type-A port. 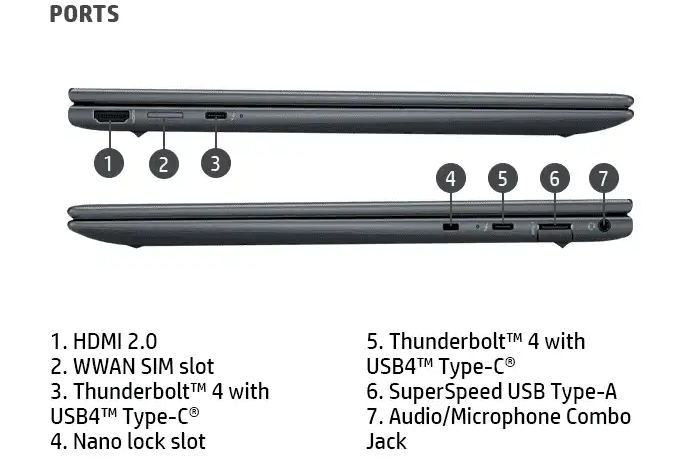 Portability, performance, and connectivity are all essential for the mobile business professional, but so is security. The G3 has several secure ways of logging in, which include an integrated fingerprint sensor and an IR webcam that supports facial recognition via Windows Hello. The webcam can also use HP Auto Lock and Awake by detecting your presence. Need to get up for a bit? The G3 will automatically lock itself after you’ve left. No need to re-enter your password or use the fingerprint sensor when you get back since the G3 will automatically unlock after recognizing you via Windows Hello. The webcam also features an HP Camera Privacy key, which is a dedicated key to turn off the camera, protecting you from unauthorized surveillance. 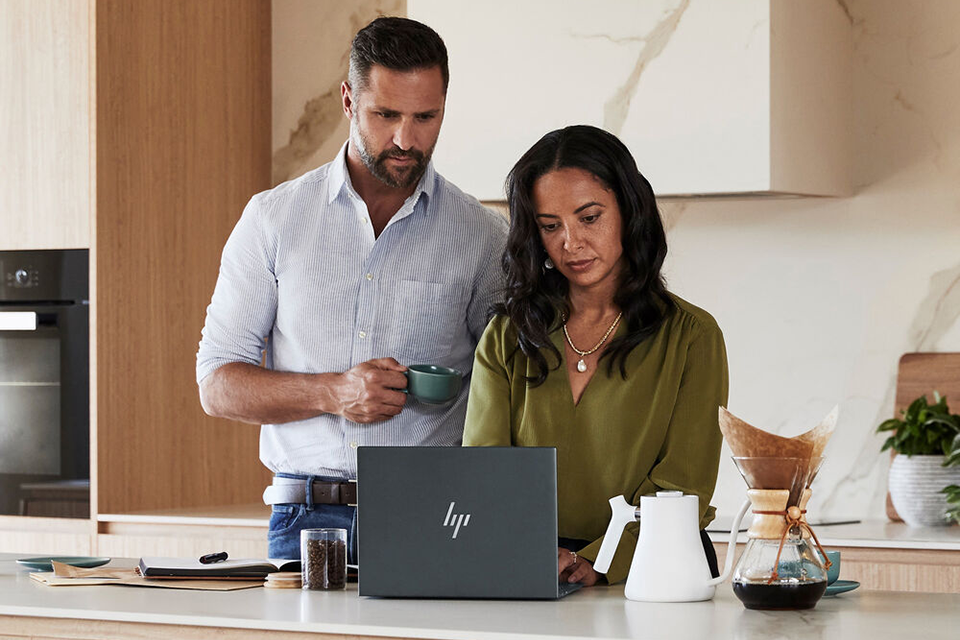 Windows 11 Pro is the installed operating system, which features added security benefits, such as BitLocker disk encryption. HP also offers HP Wolf Security for Business, which creates hardware-enforced, always-on, reliant defense for the G3. From the BIOS to the browser, HP Wolf Security for Business helps further protect the mobile business professional from malware and hacking.

Now available in either Slate Blue or Natural Silver, the Elite Dragonfly G3 offers more choices, as well as performance. Are you excited for the updated 13.5" Elite Dragonfly G3? Let us know in the Comments section, below. 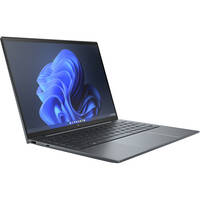