Today, at its “Spring Loaded” event, Apple announced a swarm of new products and services, including major updates for some of its most popular devices, such as the iMac, Apple TV, and more. Here’s everything that was everything from today’s big event.

Apple’s first product announcement was the debut of its long-awaited AirTag, an inconspicuous iPhone accessory that helps keep tabs on your most important items and valuables. You can attach the AirTag to your bag, backpack, keys—virtually anything you want—then track it using the global Find My network.

Each AirTag is small, lightweight, and features a svelte-looking design, with polished stainless steel. In addition to looking good, the AirTag is IP67 water- and dust resistant. Inside the AirTag is a small, built-in speaker that helps you locate it with an audio cue. You can personalize AirTag with personalized engravings, including text and/or choice of emoji.

AirTag will be available for purchase on Friday, April 23. You can buy each AirTag individually or in packs of four.

Apple also unveiled the next generation of Apple TV 4K. This is the first major refresh of Apple TV in 4 years and brings with it a host of new features, including the A12 Bionic chip and all-new Siri Remote.

Other notable features of the upgraded Apple TV 4K include its new color balance technology that works with your iPhone to improve overall picture quality. Using data from your iPhone’s light sensor, the Apple TV 4K can now automatically adjust the video output to deliver more accurate colors and improved contrast.

And, as we mentioned before, the Apple TV 4K will ship with the new-look Siri Remote. The updated remote combines the functionality of the previous generation’s touch panel with traditional clickpad controls that allow for fast directional swipes. It also features a Mute button and Power button, both housed in a sharp-looking one-piece aluminum design.

Continuing its M1 overhaul, Apple also announced the latest Mac development: the all-new iMac. Standing out with its new design and choice of bold and bright colors, the iMac is poised to be the fun and functional desktop computer we’ve been waiting for.

The M1 chip has already greatly benefitted the MacBook Air, MacBook Pro, and Mac Mini lines with improved responsiveness and battery life, and this technology will go on to help the new iMac with the same desirable speed and efficiency. The M1 quickens operation to help everything from day-to-day multitasking to more intensive photo, video, and media workflows.

According to Apple, the M1 chip works perfectly with apps like Lightroom, iMovie, and XCode, where 85% faster processing speeds can be expected, as well as 2x faster GPU performance when working in professional editing apps like Photoshop and Affinity. And for video, there’s now the ability to edit up to five streams of 4K, or one 8K stream, seamlessly in Final Cut Pro. Beyond performance alone, the M1 also helps to make the iMac much slimmer than previous generations, as well as noticeably quieter due to the more thermally efficient chip.

A key asset of the iMac has always been the all-in-one design and inclusion of a class-leading display; this new iMac keeps up with the theme and sports a new 24" 4.5K Retina display with 11.3-million-pixel resolution, brightness of 500 cd/m2, and support for the P3 wide gamut. This display also features True Tone technology for auto color and brightness adjustment.

Complementing the monitor, another new theme of this release is the overall improvement with the computer’s own imaging and listening system. The internal camera, mic, and speakers have all been updated to reflect the new normal of video conferencing and the need to have more realistic and accurate video calls. The built-in 1080p FaceTime HD camera has been updated with a larger sensor and improved image signal processor for better low-light performance, reduced noise, and overall better image quality for more realistic FaceTiming. The built-in three-mic array, similarly, has been improved to record more natural audio with fewer interruptions and greater isolation. And, when you’re on the listening end, a better six-speaker sound system provides bigger, more accurate sound with support for spatial audio for more enjoyable playback.

Okay, moving away from the tech now, we can dig into the fun part of the new iMac: the colors! Apple has conceded to the desire to have our computers appear brighter and more personal and is releasing the iMac in seven different colors: green, yellow, orange, pink, purple, blue, and silver. These new colors complement the slimmed-down, sleeker form factor of the iMac, including its slimmer bezel and reduced thickness, and overall minimal aesthetic. Besides the iMac itself, Magic Keyboard, Magic Mouse, and Magic Trackpad peripherals are also being given the same colorful treatment so you can get very matchy-matchy. The updated Magic Keyboard will be available in three versions, too: a simple keyboard with a convenient lock key, a wireless Magic Keyboard with Touch ID—a first for a desktop Mac—and a Magic Keyboard with both Touch ID and a numpad.

Continuing on the theme of design, and connectivity, the iMac features up to four USB-C ports, including two Thunderbolt-capable ports, and will support working with external displays up to 6K, such as the Apple Pro Display XDR. It also supports Wi-Fi 6, and the 8-core model will feature a 1 Gb/s Ethernet in the power adapter. Speaking of the power adapter, a new magnetic design is used for simple attachment, it is color matched to the computer, and has a single 6.6'-long woven cable.

Most of us expected an updated version of the iPad Pro today. What we didn’t expect was to see Apple’s new M1 processor make an appearance in the new iPad Pro. Surprise! Apple’s latest iteration of the iPad Pro does indeed feature the M1 chip, making this generation of iPad Pro wildly OP. How overpowered is it? According to Apple, the newest iPad Pro delivers CPU performance that’s “up to 50 percent faster” than the very-powerful-in-its-own-right A12Z Bionic chip. It facilitates GPU performance that’s up to 40 percent faster. It’s sometimes hard to qualify what those numbers mean in the real world, so just assume that whatever it is you need done, the new iPad Pro should be able to handle it, and handle it quickly.

In addition to what will likely be a massive leap in performance, the new iPad Pro also features a Liquid Retina XDR display, which is designed to replicate the undeniably stunning performance of Apple’s Pro Display XDR in the 12.9" iPad Pro. Utilizing a new mini-LED design that allegedly uses over 10,000 LEDs, the Liquid Retina XDR display can reach up to 1600 nits of peak brightness and a 1-million-to-1 contrast ratio. What all that means is that the new 12.9" iPad Pro can deliver photographers, videographers, and all other creative professionals the true-to-life HDR content they need to accurately bring their artwork to life.

Insane new performance levels? Check. Stunning screen? Yep. What else? Well, as if those updates weren’t enough, Apple went ahead and juiced the new iPad Pro up to support 5G. Apple is claiming the iPad Pro has “more 5G bands than any other device of its kind,” which, if true, means it could theoretically offer the best and broadest 5G coverage in the world. The iPad Pro’s other connectivity bonuses include Thunderbolt™ and USB 4 support, which not only gives the new iPad more bandwidth for connections, it makes a more versatile machine that integrates easily into most workflows.

On top of everything else, the iPad Pro’s camera system also got a decent update. Most notably, the front camera was upgraded to a 12MP ultra-wide lens. The upgrade is mostly to facilitate Apple’s new Center Stage video conferencing application, which automatically keeps video attendees in frame during the call.

We’ll stop the list of new features there, but suffice to say, the new M1-powered iPad Pro looks to be in a league of its own. As with years past, it will be available in 11" and 12.9" size variations, and in multiple colors. However, the 11" version’s Liquid Retina display does not support XDR.

The iPad Pro, along with the other new items announced today, will be available to order soon at B&H. In the meantime, let us know what you thought about Apple’s “Spring Loaded” event down below. 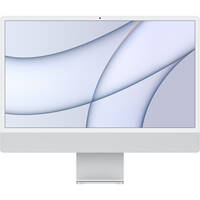 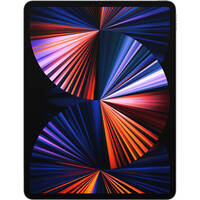 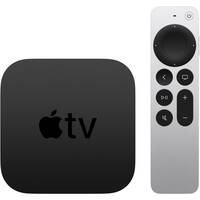 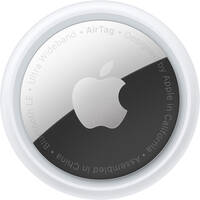