Managing a Multimedia Library with the QNAP TS-464 NAS

A few years ago, I realized my family had a media problem: our movies, home videos, music, and pictures were scattered all over the place. Some media was stuck on physical discs, a bunch of it was stored on unlabeled thumb drives, and some were even trapped on old, obsolete computers. Even worse, it was all dumb; we had no sensible way of accessing and managing our multimedia library. Like many of you, my 2020 was spent mostly indoors, so consolidating and organizing our media became a project. But I underestimated how long it would take to compile everything, as well as the amount of storage we needed to store the files safely. I knew I wanted a large-capacity hard drive, but I also wanted to provide easy access to family members outside of our home. So whatever storage solution I settled on needed to have network connectivity. After two years of organizing, researching, and procrastinating, I wanted to take the QNAP TS-464 network attached storage (NAS) system for a spin. Allow me to share my thoughts and experience as a first-time NAS user.

While there are lots of media server options available, I’ve been a Plex user for many years. My family and I are very comfortable navigating its user interface, and more importantly, it works every time. This is not an endorsement of Plex, and your mileage may vary, but I wanted the smoothest transition possible. When researching NAS systems, I appreciated the wealth of information QNAP had documenting its Plex support and integration. When zeroing-in on the TS-464, it had a few features that I was drawn to: an HDMI output with 4K support, four traditional 3.5 hard-drive bays plus two M.2 SSD slots, two USB ports, 2.5Gb Ethernet connectivity, a quad-core processor, and support for up to 16GB of RAM. There’s even a PCIe slot for adding components such as QNAP’s Wi-Fi 6 Network Card. These expandability options are important because they allow the system to grow with you over time. 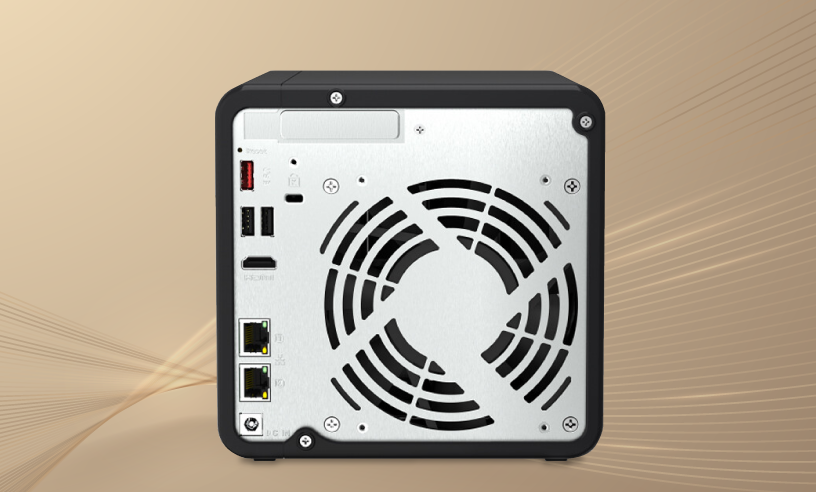 Considering the TS-464 is just an enclosure, I had to decide on storage next. I’m a creature of habit and Western Digital drives have served me well. Western Digital recently refreshed its hard drive lineup and I chose two 10 TB 7200 rpm drives from the company’s newly released and updated Red Pro NAS series—we’ll talk more about the rpms later. Pairing nicely with the NAS, I was able to monitor the health of the hard drives from QNAP’s web interface and mobile app. Considering how important it is that the hard drives remain in prime working condition, this gave me peace of mind. Furthermore, these drives are engineered to provide a Mean Time Between Failures (MTBF) rate of more than 1 million hours, so I can spend more time organizing and less time worrying about corrupted data. I decided to run the drives in a RAID 1 configuration because I care more about having a mirrored backup than 20TB of total storage. Thankfully, QNAP’s web interface makes it easy to configure RAIDs, storage pools, and volumes. If you want to learn more about RAID arrays, we have an article that breaks down the various options in detail.

As a tech enthusiast, I know all too well that planning and execution don’t always align—bumps in the road are part of the journey. When configuring the TS-464 I was shocked by how easy it was to get everything up and running. Granted, I had logged a lot of research hours by this point, but I had never configured a NAS on my own. The process went so smoothly I was convinced that I had missed a step somewhere. I even called QNAP’s tech support, who verified that I had in fact done everything correctly. From my Windows PC I used QNAP’s app center to download and install the Plex server add-on and then used QNAP’s web-interface-based file manager to upload our various multimedia files directly to the NAS and place them in their appropriate folders. The app center hosts lots of other helpful utilities such as malware, antivirus, and firewall protection, as well as VPN support. I also configured the cloud service, which allows you to take advantage of QNAP’s mobile apps such as Qfile, Qsync Pro, and Qmanager, all of which allowed me to monitor the NAS remotely and sync data from my mobile device. 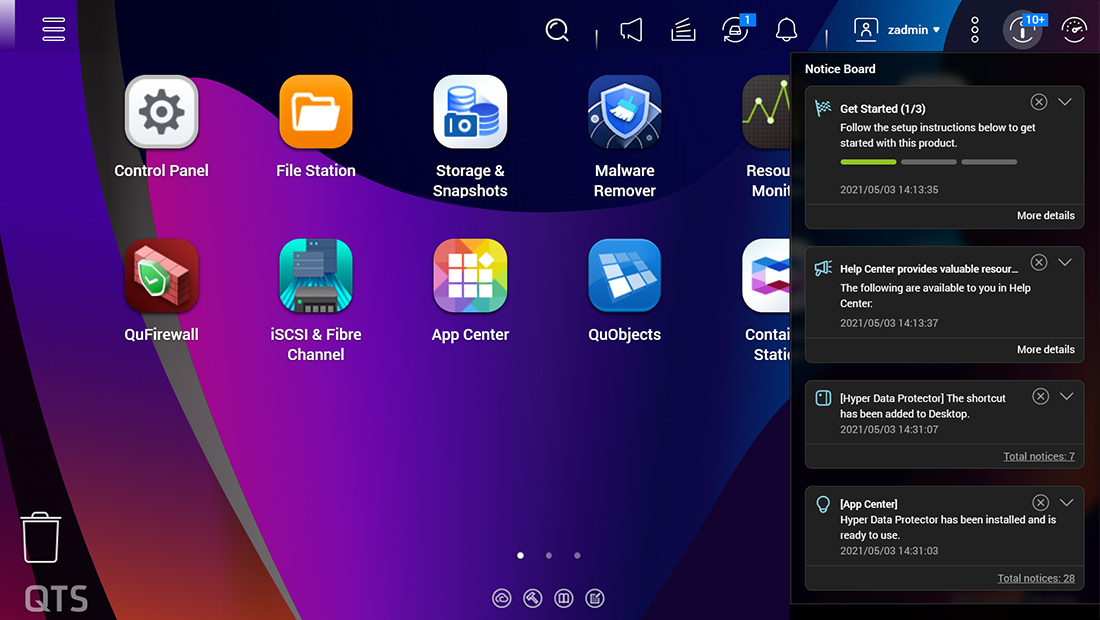 Once my media was loaded and organized, I was able to start sharing it with my friends and family immediately. My mother-in-law especially enjoyed the home videos being organized by year and having the ability to watch them from anywhere. Transcoding video worked very well, even for 4K files, and I never had the sense that the system was breaking a sweat, a testament to the power of the system’s quad-core Intel® Celeron® CPU.

What I Learned Along the Way

When it came to organizing and managing our digital libraries, the TS-464 was a smashing success. Being new to NAS systems, I’m certain I haven’t even scratched the surface of what the TS-464 can do. Depending on your needs, QNAP also offers a 6-Bay option, allowing you to connect even more drives. Down the road I hope to test additional features such as SSD caching and, perhaps, finally connect that HDMI port that I thought I couldn’t live without.

I’m excited to unlock more potential. Are you currently using a NAS? What’s your setup like? Let us know in the Comments section, below.