When it comes to computer peripherals, Logitech is one of the most widely recognized and well-regarded brands available. Not surprisingly, its exhaustive list of accessories includes several peripherals that pair nicely with Apple’s long list of computer offerings. Here’s a closer look at some of the current offerings of Apple-exclusive accessories, including those geared toward getting the most out of your MacBook series laptop.

I have two desktop setups, one at home with my Macbook and PC combined, and an office setup that is PC-based. I've been using the PC versions of the MX Master 3S at home in rotation with the MX Vertical at work for a few months, and I can say without a doubt that the Master 3S is one of my favorite picks for an all-purpose productivity mouse.

This version of the mouse brings everything I love about it to Apple’s devices, complete with a matching Space Gray colorway. It comes equipped with your standard left and right mouse buttons, three additional buttons for your thumb, as well as a scroll wheel and thumbwheel, to boot. Its 4000 dpi Darkfield sensor allows it to track well on virtually any surface. It can be paired with up to three devices, which is useful for those who have multiple setups. Additionally, using the Flow software allows seamless switching across multiple computers. 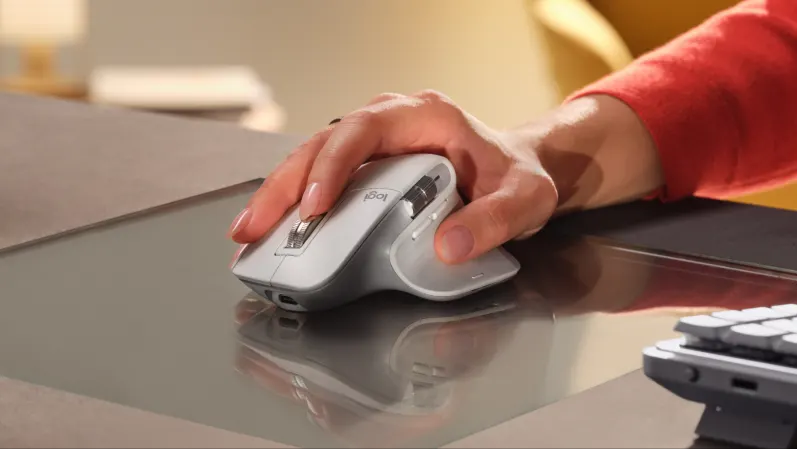 Logitech claims that the MX Master 3S’s battery can last up to 70 days, which tracks during my time with it. Its design ergonomics are by far some of my favorite for a non-vertical-orientation mouse, and Logitech aficionados will be happy to know its Magspeed scroll wheel does, indeed, make a return, along with its ability to scroll endlessly. Unfortunately, the Master 3 only comes in a right-handed configuration, and I’d definitely love to see Logitech eventually make ambidextrous versions―otherwise, there would be no reason not to recommend this mouse, unless you’re looking for a gaming mouse or a vertically orientated one. 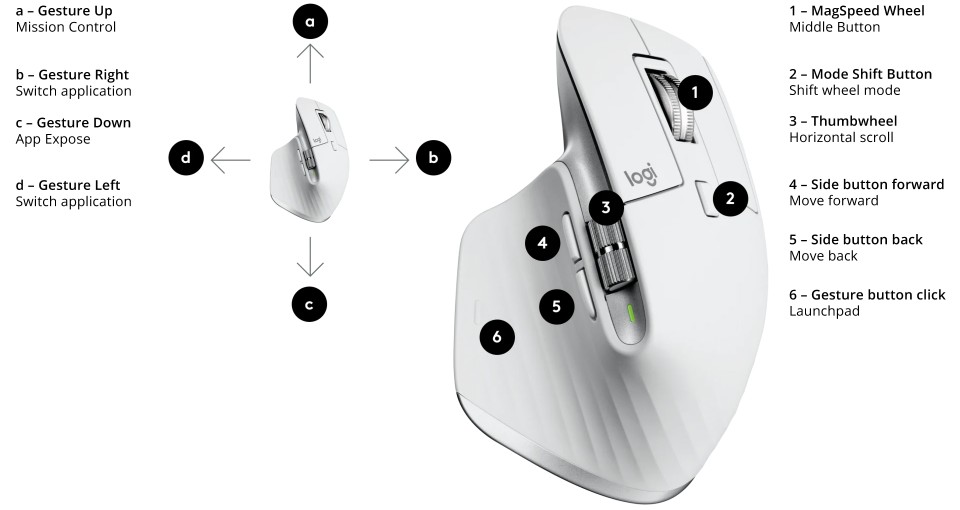 The MX Anywhere 3, as the name implies, is Logitech’s option for a travel-sized productivity mouse. Of course, this means its size is the most important feature, and the Anywhere 3 measures 1.28 x 3.94 x 2.53 inches. This mouse is essentially a mini Master 3 with more or less the same internals and features like Logitech’s Darkfield sensor, which works on almost any surface―even glass.

However, I found the Anywhere 3 didn’t perform in any extra way that warranted choosing it over the Master 3 or any of Logitech’s other offerings. It's well built despite feeling too small to use comfortably. It does, however, have the same great scroll wheel. Also, the lack of storage for the mouse’s dongle is a particularly strange omission for a mouse that’s specifically designed to be used while traveling. Unless you're really set on a more compact mouse, I would personally recommend going with the more ergonomically comfortable MX Master 3 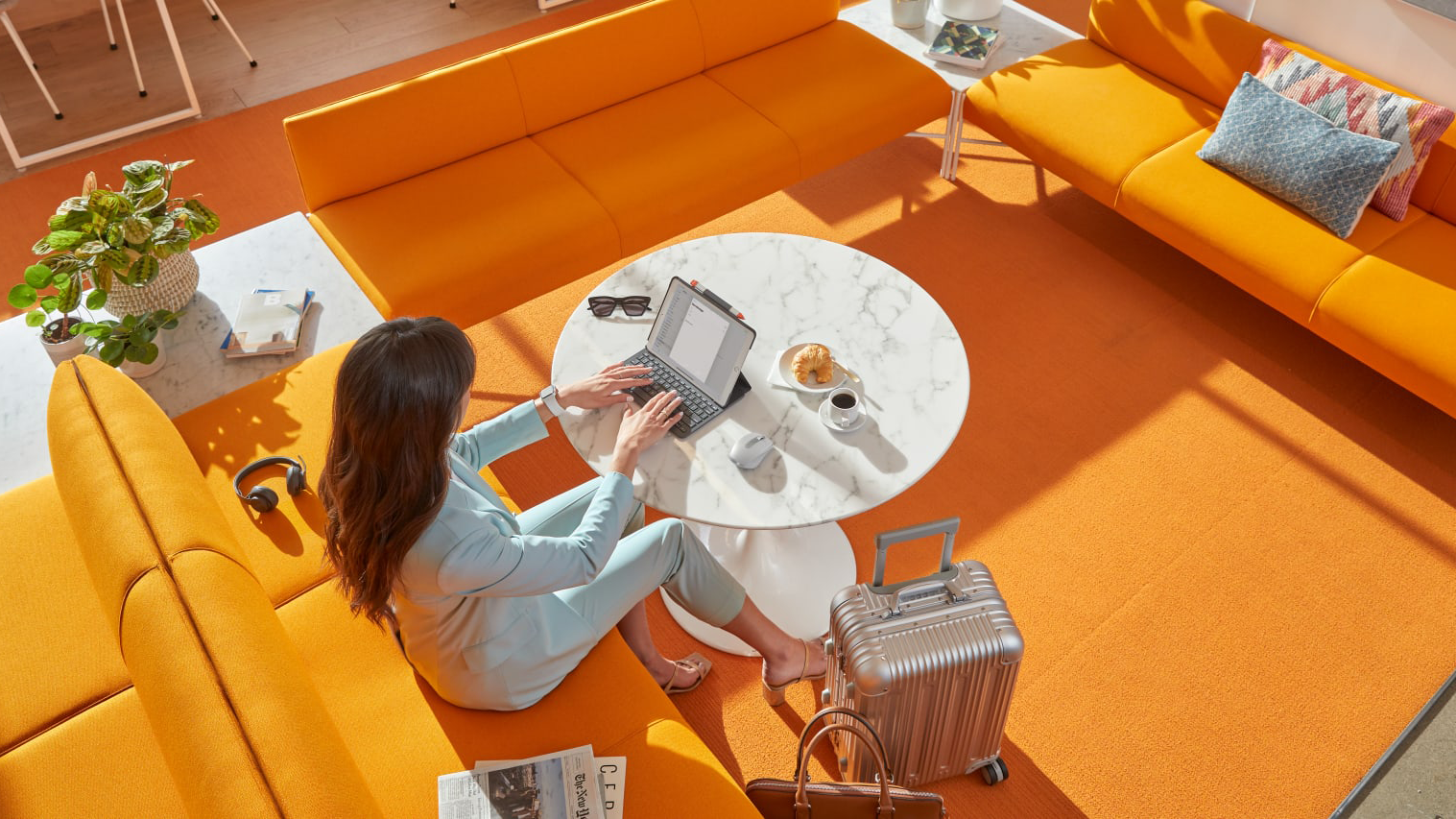 The MX Keys is a sturdy premium-feeling productivity keyboard. It’s built from a single metal plate, which lends to the feeling that it is solidly constructed. Its keys have a matte feel and contain scissor switches. It feels very akin to typing on a MacBook keyboard where the keys have very little travel depth, so, if you don't mind that kind of typing experience, then it’s a pretty solid keyboard with comfortable, quiet, and tactile action.

The MX Keys are rated for about 10 days of use with the backlight on and about 5 months without. It also features Smart Illumination, which enables it to turn on its backlighting automatically when your hands are near, as well as adjust its brightness to fit your surroundings.

The Keys really feels like a step up from Magic Keyboard in terms of functionality and even includes a number pad that’s missing from Apple’s option. It’s easy to recommend this keyboard for Mac users looking for alternatives that won’t break the bank or for those not looking to venture into the world of mechanical or customizable keyboards.

What Logitech accessories do you use in your workflow? Let us know in the Comments section, below. 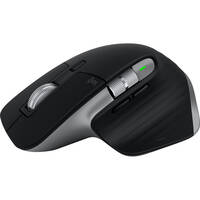 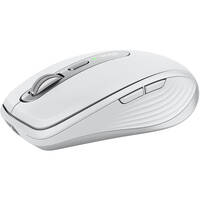 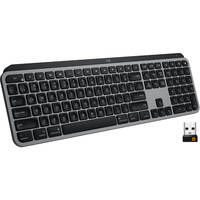