What You Need for Next-Gen Gaming: Sony PS5 and Microsoft Xbox Series X|S

The PS5 and Xbox Series X|S should be renamed the Unicorn and the Dragon, because like these mythical creatures, their existence is questionable. Or perhaps you would prefer a Matrix reference where humanity is losing battle after battle to bots (thanks, scalpers…)? It’s been rough out there this holiday season (or more accurately, this entire year). So, while you patiently watch stock trackers and refresh websites, you could look into preparing for the eventual arrival of your next-gen console with these upgrades.

One of the major upgrades for the PS5 and the Xbox Series X|S is the SSD, which allows for much faster game load times. However, storage space is at a premium and game file sizes are not getting any smaller (looking at you, Call of Duty), especially with the addition of DLC. While you could get by with the current SSDs found on the new systems, you’ll eventually want to expand as more games are released in the future (fingers crossed for Cyberpunk 2077).

The Xbox Series X|S features a custom NVMe SSD, and Xbox Series X comes with a 1TB PCIe 4.0 NVMe SSD, which has 802GB of usable storage. The Xbox Series S comes with a 512GB PCIe 4.0 NVMe SSD, which has 364GB of usable storage. Microsoft reserves space for system files and dedicates a portion for Quick Resume. The company partnered with Seagate to create the official Seagate Expansion Card for the Xbox Series X|S. The Seagate Expansion Card plugs into the back of your Xbox Series X|S and adds an additional 1TB of storage space. It was also designed to integrate seamlessly with Xbox Velocity Architecture, so there’s virtually no lag in power or speed when you game from the expansion card. With more storage space, you’ll be able to install more games and take full advantage of Xbox’s Quick Resume feature, which allows you to switch between multiple games with ease. Microsoft hinted at additional capacities and implementations, so be sure to be on the lookout for more expansion options in the future.

The PS5 features an 825GB internal SSD and, like the Xbox, you’ll be getting a little less due to required system files. Sony stated that you can use an external hard drive to store and play PS4 titles, which have lesser bandwidth requirements. However, if you are looking to jump right into next-gen PS5 games, you’re going to have to store them on the PS5’s internal storage. Fortunately, Sony has future-proofed the system with an M.2 slot that can theoretically fit a standard M.2 SSD and even has PCIe 4.0 support. However, Sony stated that the slot will be disabled at launch for various reasons. The first reason is that there are very few manufacturers who are making an M.2 PCIe 4.0 SSD right now. Second, these M.2 SSDs will need to deliver more than 5.5 GB/s of bandwidth over PCIe 4.0. Third, with the performance required, the heatsink on these SSDs might not fit into the PS5’s drive slot. Last, the M.2 SSDs need to be compatible with Sony’s own I/O controller. Sony says it will share news about which type of M.2 SSD storage will be compatible, and the M.2 slot will be enabled in a future system software update. So, if you’re going with the PS5, you’ll have to make do with the current PS5 internal storage for the time being.

Also, a friendly reminder that the Xbox Series X or the PS5 with the disc drive won’t save storage space—even if you purchase the physical game. The previous gen PS4 and Xbox One installed the game from the disc to the internal storage, which saves you from having to download the game (although you’ll still have to download day one patches and fixes). The disc will then work more like a key, meaning the game disc will need to be in the drive for you to play. The next gen Xbox Series X|S and PS5 will work the same way. Both the Xbox Series X and PS5 with the disc drive should be able to play UHD 4K Blu-ray Discs if you’re looking to make either console the center of your multimedia setup. Please note that the Xbox Series S and PS5 (Digital Edition) are digital-only consoles with no disc drives, so they cannot play any discs.

If you want the very best picture quality, it’s recommended that you go for an OLED TV that has 4K resolution, a 120 Hz refresh rate, and HDMI 2.1 ports. The LG C1PU Series checks off all the boxes. When placed in a darkly lit room, the OLED panel really shines because of its contrast ratio, showcasing deep black levels. The 120 Hz refresh rate and low input lag make it ideal for smooth gaming. It also supports FreeSync, G-Sync, and HDMI Forum VRR (Variable Refresh Rate), which reduces screen tearing. The Xbox Series X|S can also take full advantage of ALLM (Auto Low Latency Mode), which can automatically turn on any time you launch a game. This TV also supports HDR10, HLG, and Dolby Vision HDR support. Microsoft went all in with Dolby Vision and Atmos support for the Xbox Series X|S. Sony, however, went with HDR10 support, but no Dolby Vision HDR support for the PS5.

Next-gen gaming is not all about graphics. Audio plays a big part in the immersive gaming experience. While purchasing a 4K 120 Hz OLED TV is nice, the TV speakers on them…not so much. A simple upgrade would be the Sonos Arc Soundbar, which has Dolby Atmos support. It also provides an immersive 3D soundstage, thanks to its 11-driver design and up- and side-firing drivers.

The PS5 features Tempest 3D AudioTech, which is the PS5’s custom engine for 3D Audio. Providing high-quality audio, Tempest 3D AudioTech enables games to offer a deeply immersive audio experience. Sony recommends using a PS5-compatible headset, such as the Sony PULSE 3D Headset. The PS5 has Dolby Atmos support for UHD Blu-ray playback only. This means no Dolby Atmos support for games and media apps. The PULSE headset also has a microphone, allowing you to talk to teammates via voice comms.

The Xbox Series X|S supports Dolby Atmos, so it’s recommended to get a compatible headset, such as the ASTRO Gaming A50 Wireless Headset. You’ll need a firmware update and install the Dolby Access app on your Xbox Series X|S to utilize Dolby Atmos. There is also a microphone for when you need to hop on multiplayer games and communicate with teammates.

Looking to become the next big Twitch streamer? The PS5 and the Xbox Series X|S allow you to stream directly from the consoles. Just download the Twitch app onto your next-gen console of choice and sign in with your Twitch account. If you would rather have an external device to stream or even record, the Elgato HD60 S can capture gameplay in 1080p at 60 fps. Just make sure you disable HDCP for the PS5 when using the Elgato. The company also offers 4K at 60 fps recording with the Elgato 4K Pro MK.2 and 4K60 S+. Sony recommends that you use the PlayStation 5 HD Camera if you want to stream a face cam.

2020 has been a weird ride, to say the least. With the holiday season now in full swing, getting hold of the next-gen consoles will be a challenge. Which next-gen console are you planning to get, a PS5 or an Xbox Series X|S? Let us know in the Comments section, below. Stay safe out there.

Really enjoyed reading this article. Your wallet needs to be as big as a watermelon to buy all these products &#x1F61D;

Thanks for writing, Musab—glad to hear you liked the article. 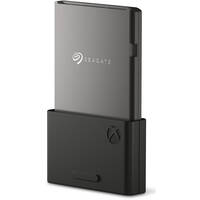 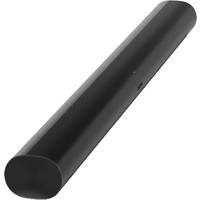 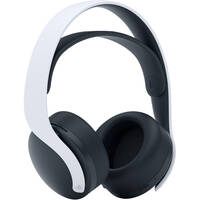 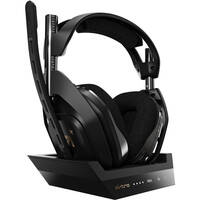 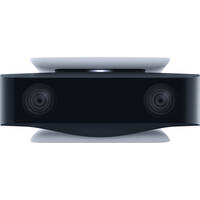 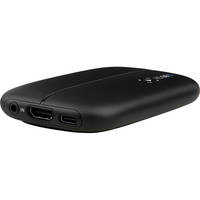 Buying Guide
How to Choose the Right…
by M. Brett Smith
10 months ago
SaveLikeFacebookTwitterLinkLink