Which MacBook Pro Configuration is Right for You?

It’s no secret that the MacBook Pro is designed for the creative professional. A popular choice among photographers, video editors, 3D artists, and more, the MacBook Pro has gotten a huge upgrade with the move to Apple Silicon.

Now housing Apple’s very own M1 Pro and M1 Max chips, the MacBook Pro delivers fast, powerful performance without sacrificing power efficiency. Read on to find out how to customize your MacBook Pro for your specific creative workflow.

Which CPU (and GPU) Should I Get?
What about RAM?
How Much Storage?
What about the Screen Size?
The Wrap-Up

Which CPU (and GPU) Should I Get?

The M1 Pro is an upgrade over the M1 chip. Utilizing 5nm process technology and packed with 33.7 billion transistors, the M1 Pro integrates the CPU, GPU, Neural Engine, I/O, and more into a single system on a chip (SoC). The M1 Pro offers up to 200 GB/s of memory bandwidth, as well as supporting up to 32GB of unified memory. The 8-Core CPU is made of six performance cores and two efficiency cores. There is also a 10-Core CPU version, which has two more performance cores. The M1 Pro 8-Core comes with a 14-Core GPU while the M1 Pro 10-Core comes with a 16-Core GPU. For most creative professionals, the M1 Pro chip will be a solid choice. 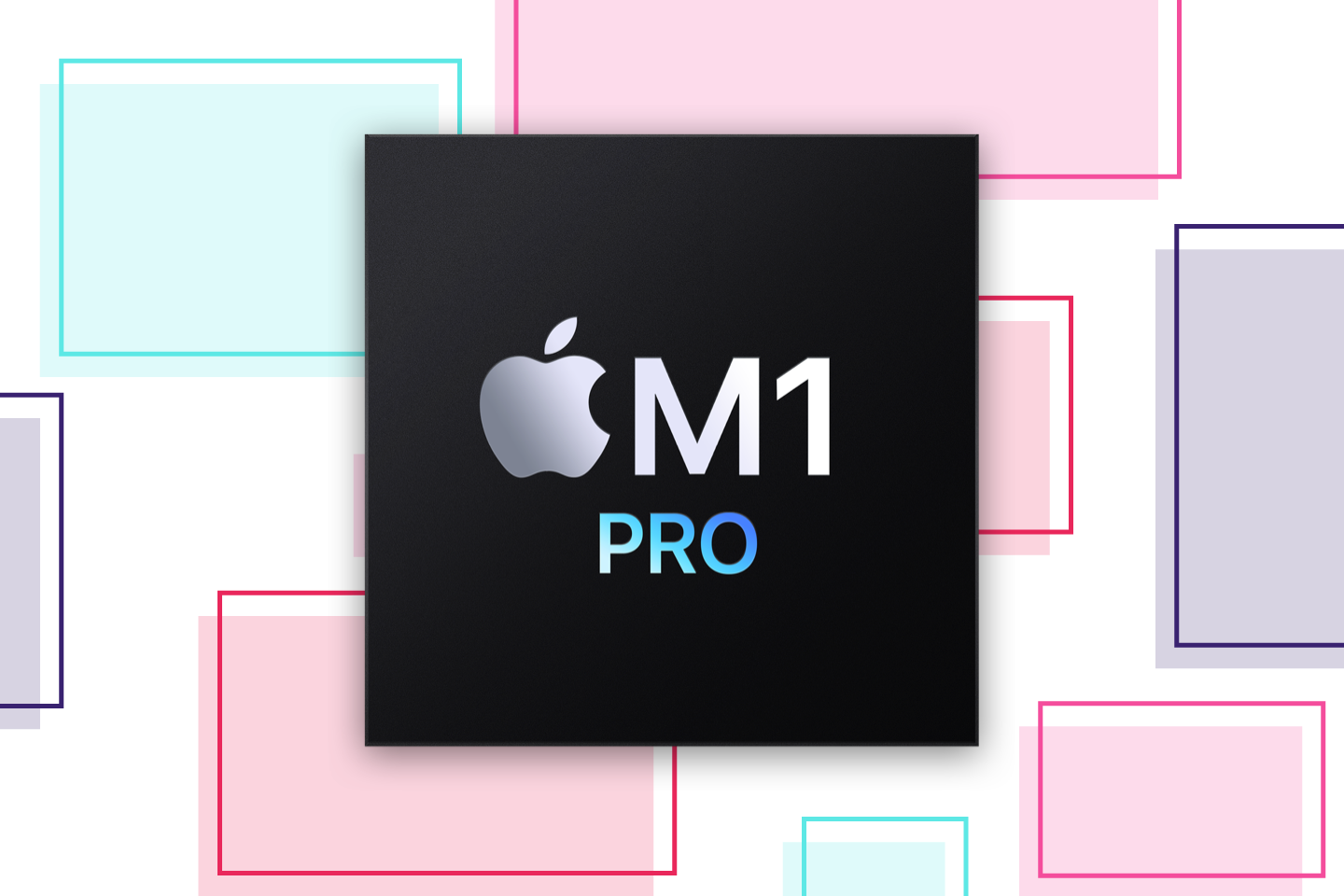 Need even more performance? The M1 Max builds on the improvements of the M1 Pro. It packs 57 billion transistors and offers a higher bandwidth-to-chip fabric, delivering up to 400 GB/s of memory bandwidth. Like the M1 Pro, the M1 Max is also a system on a chip (SoC) that combines the CPU, GPU, Neural Engine, I/O, and more. The 10-Core CPU features eight performance cores and two high-efficiency cores. The M1 Max can come with either a 24-Core GPU or a 32-Core GPU. The powerful M1 Max is more for extremely graphics-intensive workflows, such as high-res video editing and 3D modeling. 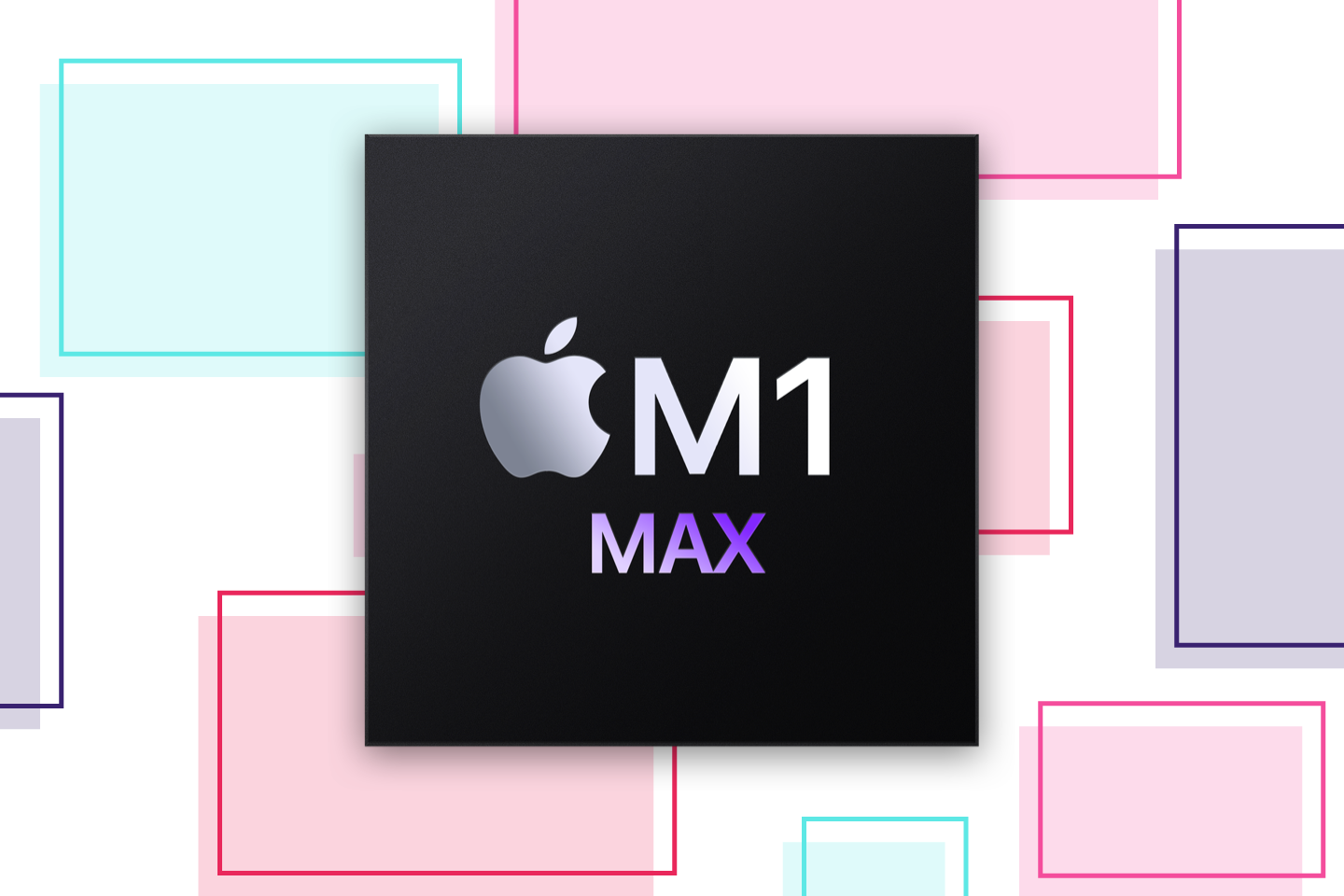 Both the M1 Pro and M1 Max include an Apple-designed media engine that accelerates video processing while maximizing battery life. The M1 Pro also includes dedicated acceleration for the ProRes professional video codec, allowing playback of multiple streams of 4K and 8K ProRes video while using very little power. The M1 Max features two ProRes accelerators, and can deliver up to 2x faster video encoding than the M1 Pro.

Another thing to note is that both the M1 Pro and M1 Max are more energy efficient than the standard high-end compact PC laptop. They deliver high performance with less power draw than their counterparts.

Before you decide on how much RAM you want, you should know that Apple uses unified memory, meaning you won’t be able to upgrade later. This means you’ll have to decide if you want to get the minimum amount of RAM now or max it out to future-proof your MacBook Pro.

For light photo work or graphic design, 16GB will sufficient. 16GB will be able to handle most of the light work you throw at the MacBook Pro. However, video editing gets a bit tricky here, especially if you want to edit high-res videos, such as 4K. 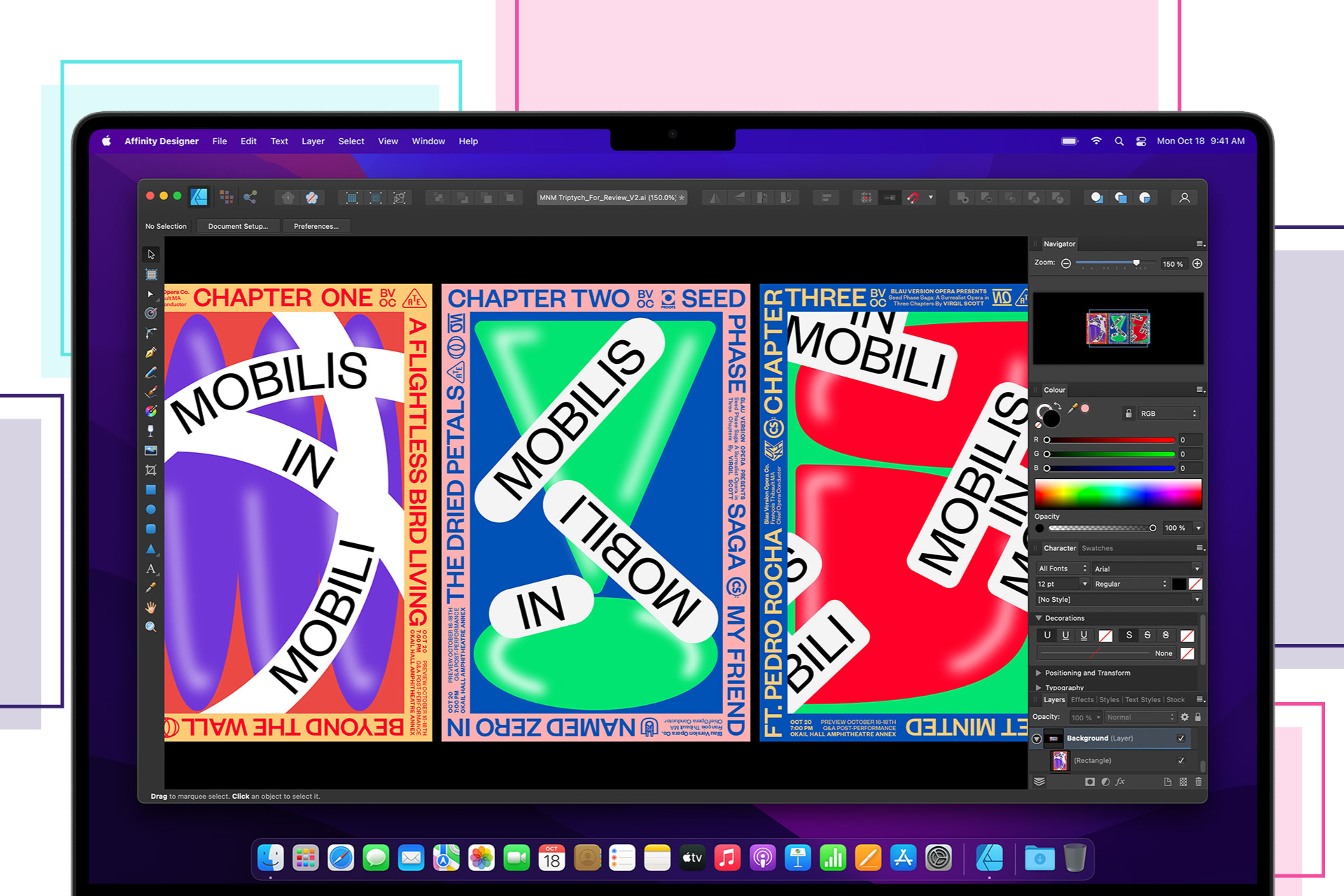 For high-res video editing, the more RAM, the better. The max is 64GB of unified memory, which is only available with the M1 Max chip. Combining 64GB of Unified RAM and the M1 Max Chip with a 32-Core GPU, creatives can edit up to seven streams of 8K ProRes video in Final Cut Pro. Video editors can even grade color in HDR on 8K ProRes 4444 video. Doing some 3D modeling? Manipulate millions of polygons in Cinema 4D.

Like RAM, you won’t be able to upgrade the storage later, so it’s important to consider what you want out of your laptop. The MacBook Pro offers storage options, ranging from 512GB to 8TB. For light users, 512GB might be possible; however, most creative professionals should opt for 1TB at the bare minimum. If you’re working with larger files on a regular basis, you should consider choosing more storage, according to your needs. Don’t forget to utilize the Thunderbolt™ 4 ports on the MacBook Pro for even more storage options, such as external hard drives and RAID arrays.

What about the Screen Size?

The MacBook Pro can come with either a 14.2" or a 16.2" Liquid Retina XDR Display. Both options are more than viable. Obviously, if you can handle the larger size of the 16.2" MacBook Pro, it would be easier to work with for tasks like video editing, photo editing, and more. The 16.2" screen offers higher resolution, but both screen sizes have the same 254 pixels per inch. Both screens also have 1,000 nits of sustained brightness and 1,600 nits of peak brightness, allowing for a true HDR experience. The screens can also have up to a 120 Hz refresh rate, thanks to ProMotion technology. 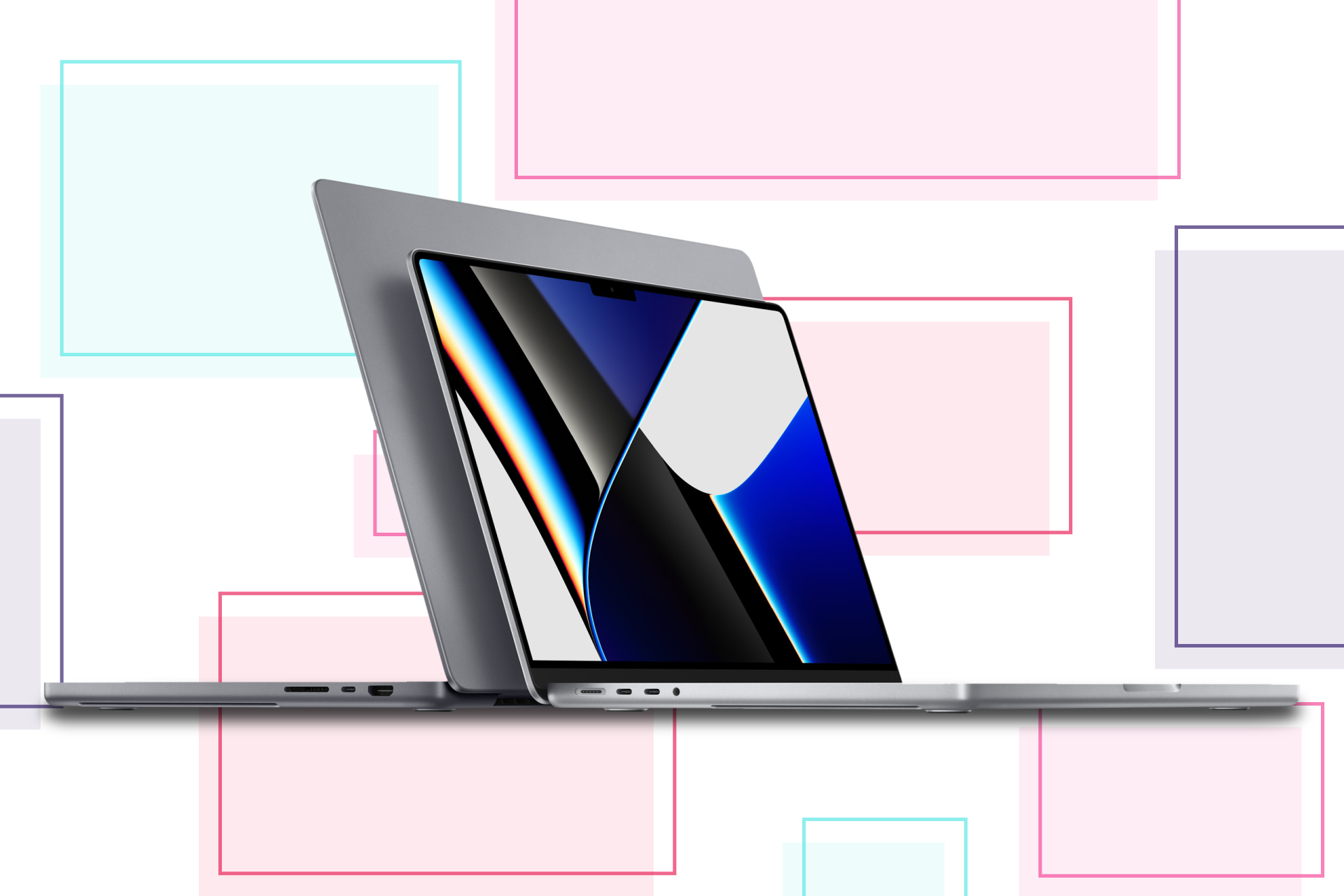 For most creative professionals, a MacBook Pro with a M1 Pro chip and 32GB of unified memory will be a solid choice. Storage can vary depending on what is needed, but at least 1TB is recommended.

For creative professionals handling extreme graphical demanding workflows, the M1 Max chip and 64GB of unified memory can provide the power and performance. As mentioned before, storage can vary depending on what’s needed, but at least 2TB is recommended, since you’ll most likely be working with larger file sizes.

Want to know where to get started?

Here are some expert picks.

Any questions or thoughts? Let us know in the Comments section, below.

None.  None is right for me.  Want to know why?  Because Apple won't put simple USB ports on their MacBooks.  So not only do I need to pay through the nose to get a properly built machine, I need to keep paying through the nose to get adapters and docking stations to support everything I need my laptop to do.  But apple won't listen to my unsolicited feedback.  Maybe this slightly more public post will get some traction.

Not your fault at all B&H, but maybe if you, as a vendor can show them that your customers won't buy an inherently flawed piece of gear, they might be more apt to correct their gear.  Meanwhile, I need to keep limping my 9+ y.o MacBook along. . .

Apple may have been one of the first to push towards having only USB-C ports on their computers but at this point it is becoming more and more of the norm. Most newer devices use USB-C, so while it is unfortunately leaving some legacy devices behind and rely on dongles and adapters it is sensible today. We would be curious to help with your specific situation if you explain what devices you are trying to connect that the newer MacBook Pros have issues with. Many adapter solutions have some relatively inexpensive options these days and we would argue that the major improvements with the latest MacBooks make it worth it.

You've completely missed my point.  The issue isn't finding adapters.  The issue is that we should NOT have to buy adapters.  What will easily be a $2500 purchase is effectively a paperweight unless we keep forking over to buy adapters and dongles.  Which we also then have to remember to pack when we go mobile.  Adapters, inexpensive or not, are an added cost.  It's a money pit.

Second, you've missed my point.  Why aren't you (vendor or manufacturer) listening to customers.  Shouldn't customers be telling you what to build and sell?  Since when do manufacturers and vendors dictate to me what I want?

Until these computers comes bundled with all the adapters and dongles, I feel like I'm getting taken to the cleaners.

To address your point, I'm am not trying to connect 'legacy' devices.  I am working with devices that I can still buy brand new off of your website right now.  In fact, one of the items you have listed as a 'top seller'  And these devices come bundled with the requisite USB (not usb-c) cable.

Buying Guide
Back to School: Best Printers…
by Rebecca Melville
1 month ago
SaveLikeFacebookTwitterLinkLink